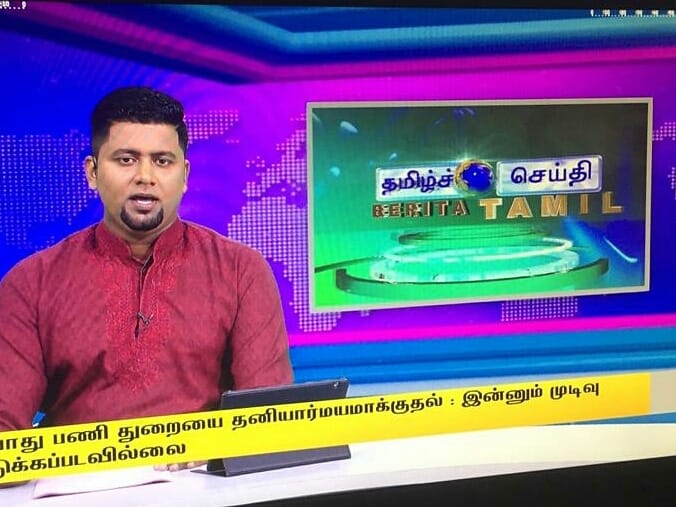 The Radio Televisyen Malaysia (RTM) Tamil News has added a new member to their team of reporters to bring the daily happenings to its viewers. Sures Thiruguna Sambanthan was last seen in the 2018 Malaysian Tami film “Neeyum Naanum” starring Bala Ganapathi William and Jasmin Michael, as he played the role of Anandha. Sures was previously also a host on popular Tamil daily talkshow, ASTRO Vizhutugal.

The host and actor from Bahau, Negeri Sembilan is a graduate from University Putra Malaysia in Human Communications. Sures also served a few years in the aviation industry as an Air Asia air steward before venturing into the media and broadcast industry. Sures will be reading the news on the daily Tamil News on RTM2 at 730PM.