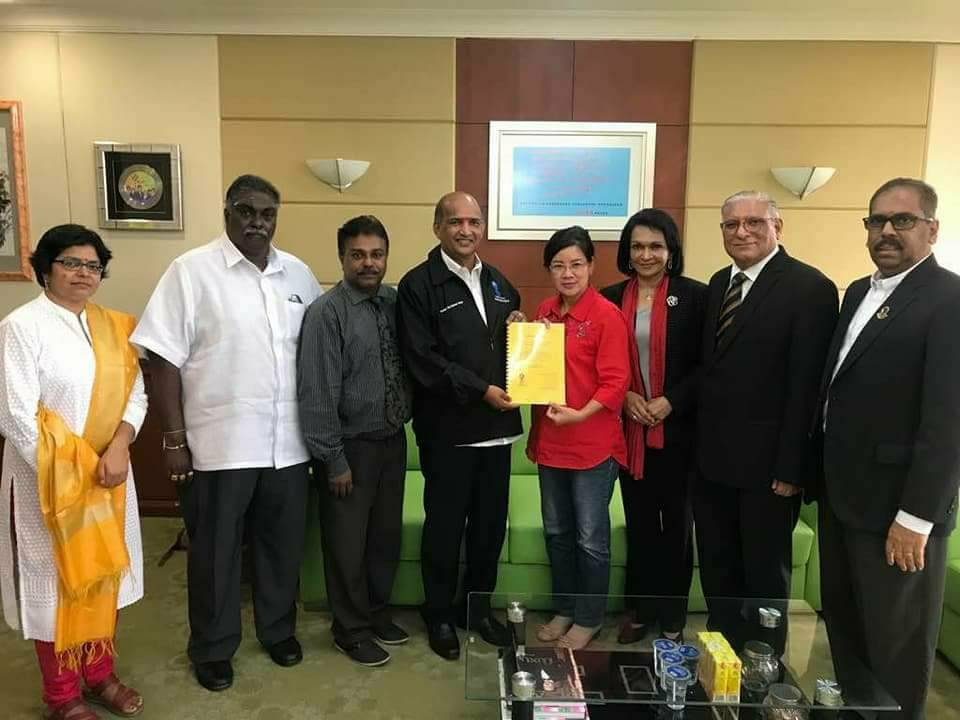 A few weeks back, the Malaysian Hindu Sangam president, Datuk R.S Mohan Shan issued a memorandum to the government, asking for Tamil New Year to be declared as a public holiday.

Tamil New Year, which falls on the first day of Chittirai in the Tamil calendar, is happening on the 14th of April this year.

News and photos of Datuk R.S. Mohan Shan meeting with officials and passing over the memorandum went viral on WhatsApp and Facebook. 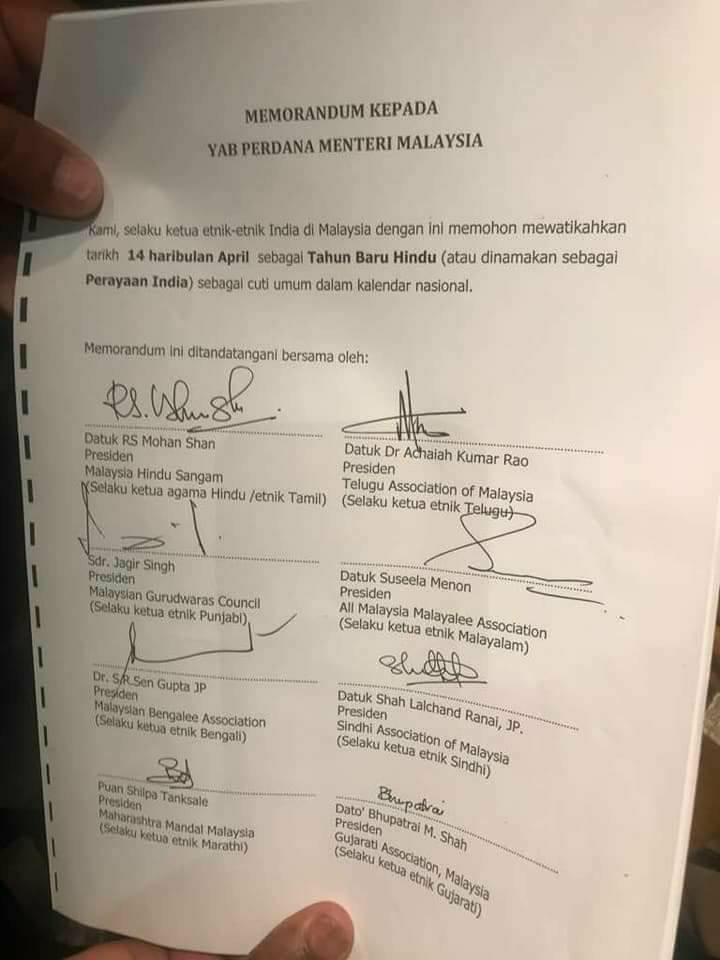 Although some parties were happy with the decision, a large majority of the Hindu community asked Datuk R.S. Mohan Shan to stop and retract the memorandum.

According to Malaysia Nanban, several Indian groups and activists have also criticised Datuk R.S. Mohan Shan for the move, because the memorandum had presented “wrong facts about the traditions of the Tamil community.”

Other religious groups want Thai ponggal, which falls on the first day of the Thai month in the Tamil calendar to be declared as a public holiday instead.

“The is clamour in the last few decades especially from the Tamils for additional holidays for Thaipusam and Ponggal. Some states provide public holiday for Thaipusam but not all.” P. Ramasamy, Penang’s Deputy Chief Minister 2 said.

“In fact, the demand for public holiday for Ponggal has been growing. It is strange that MHS president who declared or signed off as ‘ketua Tamil’ seems rather ignorant of the demands of Tamils in declaring Ponggal as a public holiday.” he added.

However, a lot of Indians have also voiced that they’d rather have a 2-day public holiday for Deepavali – instead of an additional public holiday for new year – as it will be much easier for them to head back to their hometown and spend time with their family members.