Sports films seem to be all the rage now in Tamil cinema, and the next one to hit the screens is Kennedy Club. Directed by Suseenthiran and starring Sasikumar, Gayathrie and Bharatiraaja, this film will showcase the lives of a Tamil Nadu women’s kabbadi team. The teaser has just been released and is giving us total Chak De! India vibes.

The film appears to center around the sport itself, with Sasikumar (who seems to have gone to an excellent stylist, his hair and beard look fantastic) playing the coach of the team. The teaser incorporates some painful facts about how India’s kabaddi team lost in the last Asian Games. India lost to Iran.

D Imman’s music is stellar, although we sense a slight resemblence to Santosh Narayanan’s Vada Chennai soundtrack. The last bit of the teaser gave us chills!

Kennedy Club will release in June. 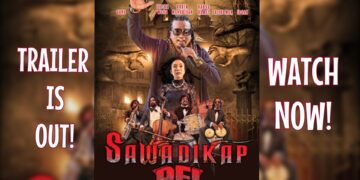