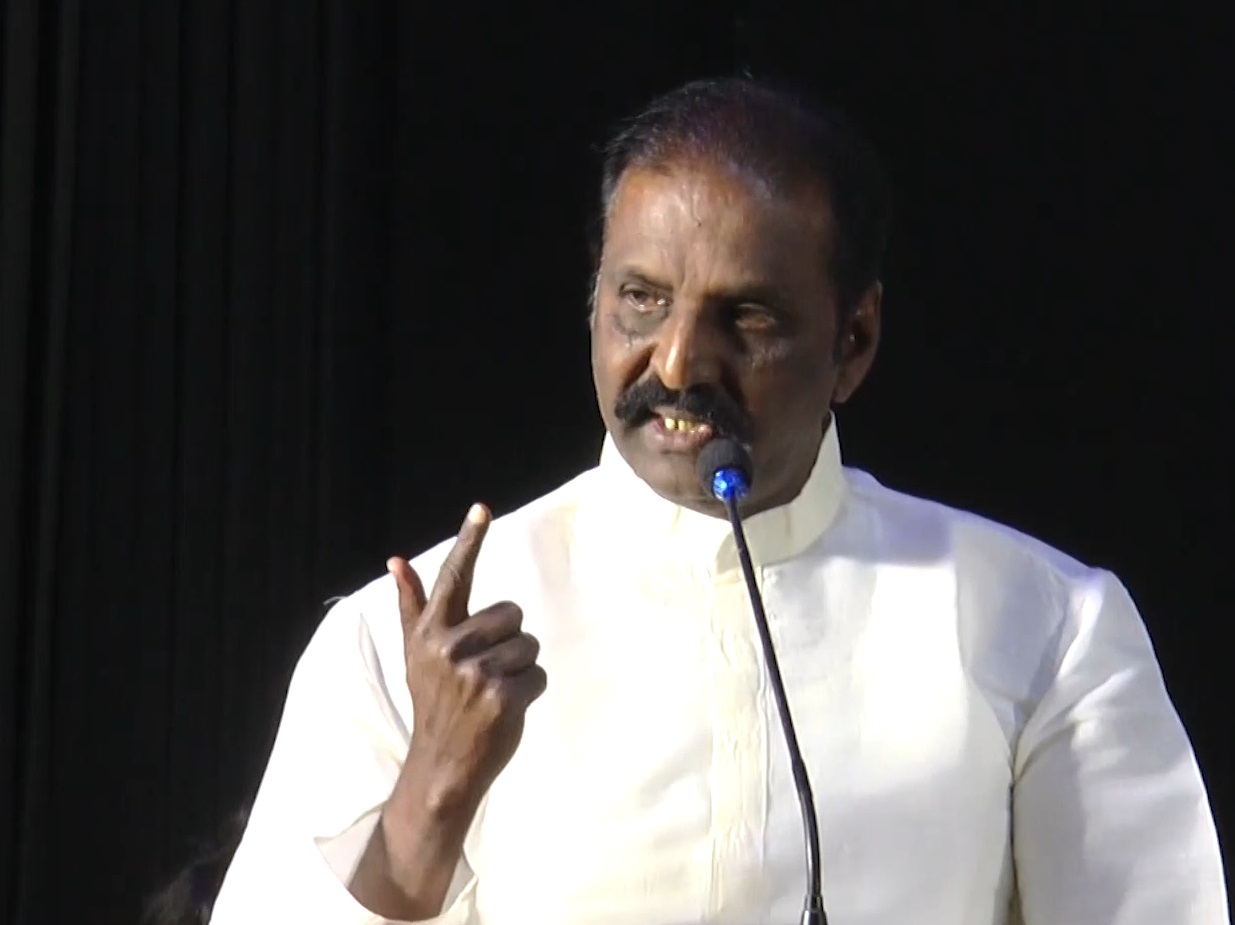 Lyricist Vairamuthu who has been accused by numerous women of sexual harassment has commented on the recent sexual assault crimes in Pollachi, Tamil Nadu.

“Pollachi isn’t the only town in Tamil Nadu, so does this happen elsewhere? Or is it that we just don’t know about it?” he questions during his speech at the success meet of the film Nedunalvalai directed by Selvakannan. 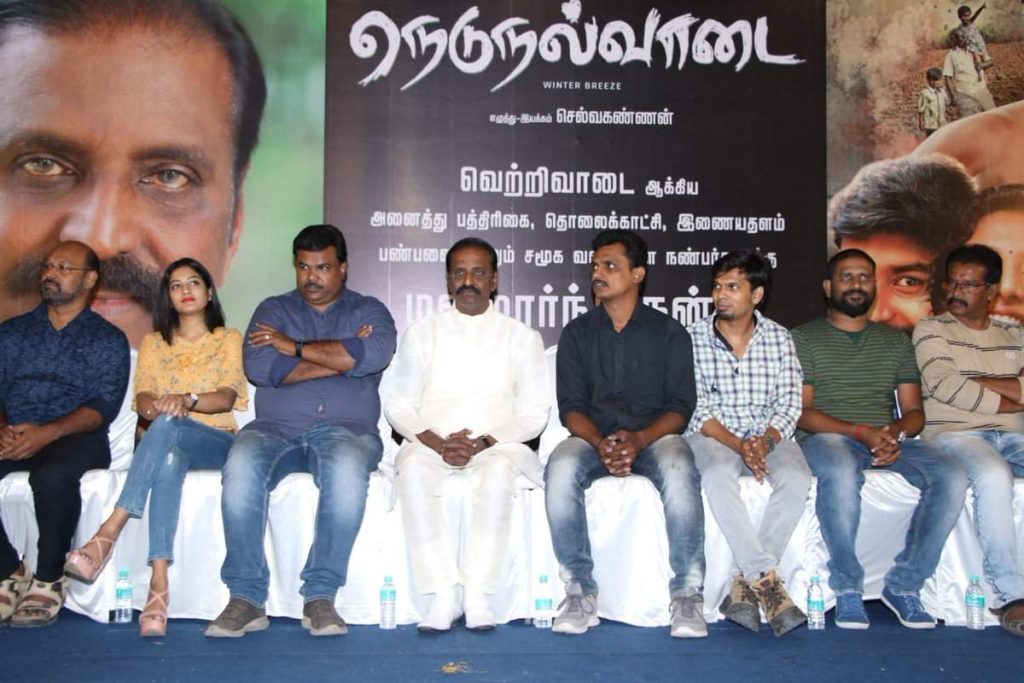 “What is the reason things like this happen? Bad upbringing of men and women. a society isn’t good, a lax police force. These are all superficial reasons,”

“Lust is a mental illness. It is insanity. Mentally ill people have defaced our flowers,” he says before using the word ‘paithiyam’ repeatedly. “If a person is swayed by lust and is unable to return to normalcy, then he is insane. What is the role that society plays in creating these mentally ill people? This did not happen overnight.”

“The girl (the Pollachi assault victim) is such a good person, she trusted him and went. He has betrayed her trust and taken advantage of her,”

“The public are saying that they want to skin these sexual offenders in the middle of the road.” Vairamuthu says, before going into an alternative method of punishment. “Skinning them is just a temporary solution. We need a permanent solution, to skin the animal inside them,”

“That is what we are doing. Arts – your film, my lyrics, our music, our dance forms. Every artist is responsible to skin the animal inside these perpetrators. Nedunalvaadai is a weapon in this journey,” 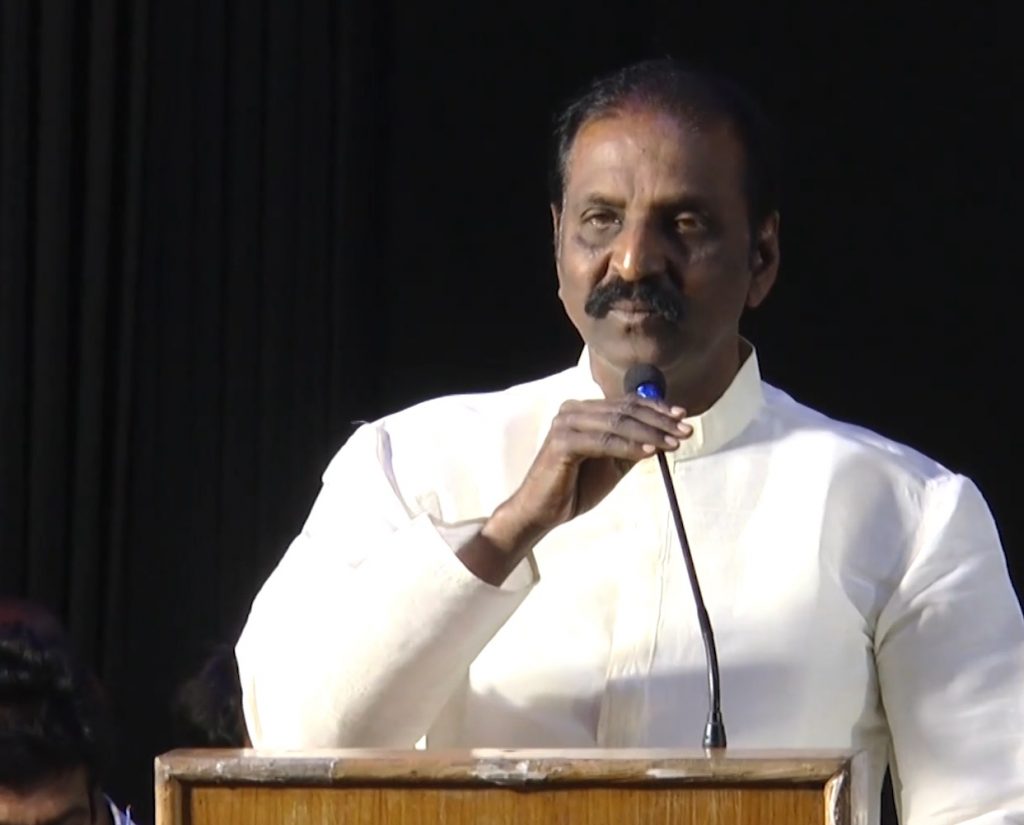 “A society that doesn’t protect women is not a civilized society,” he declares. “We need to rethink how boys and girls are brought up. This should be the last issue of this kind in Tamil Nadu,”

The success meet of the film was held yesterday in Chennai, and Vairamuthu, one of the first people in the Tamil film industry to be accused of sexual harassment was invited as the chief guest. The lyricist penned all four songs in the film. Director Selvakannan defended his move inviting Vairamuthu to the event by wielding the evidence card, “Anyone can accuse anyone without any evidence. I believe Vairamuthu hasn’t done anything harmful, and I don’t find anything wrong in inviting him.”

What do we think of his nauseating speech?

It isn’t clear if the lyricist is trying to rebuild his image that has been severely tarnished by the #metoo allegations, with this speech. Nonetheless, we find it appalling to hear such a pretentious speech coming from someone who has been accused of sexual harassment numerous times, with people in the industry calling it an ‘open secret’.

Honestly, it would be unrealistic to say that this case of sexual abuse will be the last ever in Tamil Nadu. So long as society conditions women to be careful, not show too much skin, don’t go on social media and so on, we are reinforcing that men are animals who will do whatever they want, and the onus is on the woman to make sure she doesn’t fall into the tiger’s lair.

To change the mindset of the traditional Tamil families will take generations. It has to be reflected by the people they look up to the most, those in the Tamil film industry. Most importantly, everyone seems to forget that women don’t need protection if men are raised to be respectful of each other.

And please, stop objectifying women by referring to us as flowers, Goddesses, dolls and so on. We are human, just like men.