Rempah Ratus Kitchen food channel on Youtube is a wonderful attempt by a couple; Devan Kurup and Pushpa Menon which kickstarted in July 2020 amidst the Covid-19 pandemic.

Devan previously served for the Ministry of Health and Pushpa was a full-time lawyer. They were both retirees who lived with their son, Raghav Kurup, who worked from home at the time.

While many couples remained at home struggling to cope with Covid-19, Devan and Pushpa chose to work on a journey ‘adventure’ but one that would leverage all their talents with the help of their son, Raghav. Plus, they thought like it was never too late to learn new technologies to stay current.

As Devan said, “Both of us were in the high-risk category, and since Pushpa was cooking every day, why not turn the whole cooking experience into a ‘Rempah Ratus Kitchen’ food channel and engage the public as well as the family members who could tune in.”

“I always loved cooking, and even when I was working, I cooked for my family on Sunday, and when I retired in 2013, my mother was ill at that time, so I took over the kitchen and cooked every day, so I grew up in love with cooking,” Pushpa said.

She was very pleased to showcase her mother’s heritage recipes, and as the couple was originally from Kerala, they decided to add the authentic vegetarian Kerala dishes that their forefathers ushered.

In the meantime, the Malaysian touch of the name in their channel even had some insights into it,

Both Pushpa and Devan said they needed a great deal of effort to try the recipes and record the proportions carefully so that viewers could follow the recipes carefully. A lot of trial and error was involved before the recipe was mastered for viewers.

The responses from friends and relatives were also encouraging, as they were all surprised by the professionalism of the Rempah Ratus Kitchen food channel and the recipes that were all simple enough to try.

Pushpa said that no one expected the food channel would grow to such a high degree of expertise. So far, 23 recipes have been presented, including simple staples such as nasi lemak, kampong fried rice, chicken curry for beginners, and for Devan was certainly a work in progress.

“Honestly, I had to learn so much before I could run the editing and photography part, and I downloaded free software on the internet, and my son bought some editing software to support me along the way. I’m using a regular camera phone and it’s getting interesting and I’m loving it and I find it enjoyable,” Devan said.

As far as the public is concerned, Pushpa believes there has been a lot of positive feedback and they have embraced many of the recommendations made by the viewers in order to enhance their presentation and gain further publicity.

In Pushpa’s words, “this whole exercise is more of a marathon” and they will take time to attract a following but they are prepared to go the distance.

Even after Covid-19 is over, they plan to carry on because they feel they can continue to make a contribution. 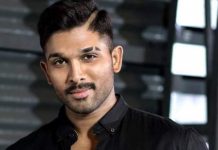 Allu Arjun is All Set For Pushpa