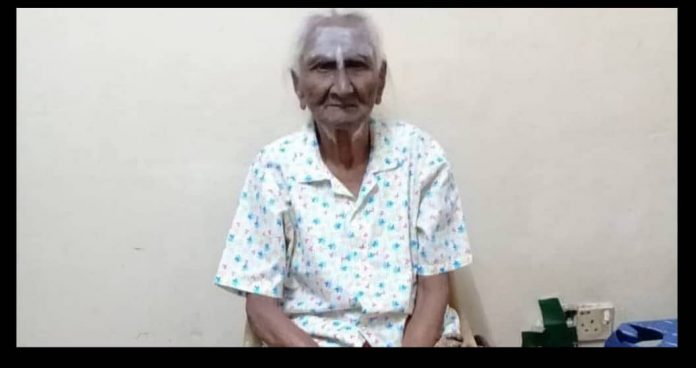 Some senior citizens need financial support, no matter the state of their living conditions. A perfect way to help those in need especially vulnerable senior citizens is to actually be conscious of their crucial problems or needs that are brought to your attention and act on it if you have the means to.

Muniammah is one of the many hundreds of elderly women from Desa Mentari, Petaling Jaya, today living out their golden years with little to no help from social services and their immediate family members.

The 89-year-old woman married at a tender young age of 16 and lost her husband when she was just 31 years old.

The elderly woman who has endured a life of hardship since losing her husband should need a break and retire in peace, instead she is still very much dealing with the brutalities of life. It has come to our knowledge that in the last nine months or so, Muniammah has not paid her rent amounting to RM650.

The mother of three raised her sons by herself, doing peculiar jobs that had come her way. Despite all the difficulties faced, she raised her two grandsons after her eldest son and his wife died 40 years ago in a road accident. Muniammah is now living alone despite all the sacrifices she made for her two remaining sons and grandsons, they are no where to be found.

We learnt that one of her grandson had been helping her out at home but unfortunately lost his job during the Movement Control Order (MCO) and was arrested after he became violent. Muniammah believes that her grandson is being treated at a psychiatric hospital and does not know his whereabouts.

K. Jeyamani was supplying her with food and groceries but Muniammah’s landlord could no longer allow her to live rent-free.

Firoza Burhan, the director of the Non-Governmental Organisation(NGO) Community Development and Integration Initiative (CDII) hopes corporate sponsors would help sponsor Muniammah’s rent for at least a year and help settle the arrears.

For the elderly asking for help is not easy as one might think. It would be a great relief to many of these unfortunate elderly communities to have someone turn up in their lives and utter these words sincerely without expecting anything in return, “I’m here for you”, it would certainly help ease their burden.

Good samaritans who wish to contribute a small amount of money, don’t hesitate to contact the NGO via [email protected].