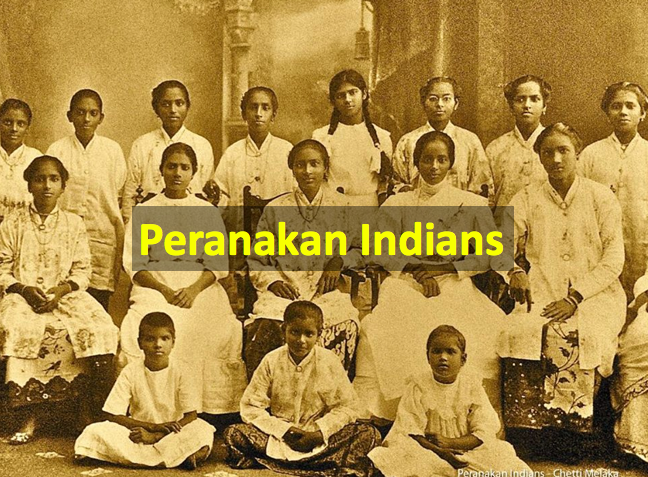 Today, most Malaysians prefer to predominantly identify their ethnicity by nationality. Indeed, hybrid Malaysian communities that practise multiculturalism and do not identify themselves as predominantly Malay, Chinese or Indian are uncommon, particularly since the allocation of resources by the state is based on ethnicity.

In other words, with regard to access to government jobs, scholarships or schooling, sectors which have race-based quotas, certainly do not want to be left behind, and want to be given the priority for the many bountiful privileges.

Yet unknown to many Malaysians, a small minority (currently around 700 people known as the Melaka Chittys have distinguishingly adopted Malay and Chinese culture in their way of life while being predominantly Hindu by religion. These group of Tamil people have been for many years called, ‘Indian Peranakan’.

In Melaka, the Chitties speak Malay at home and their wives wear kebaya, but their rituals during Deepavali and the many Hindu festivities remain true to their Indian origins.

Meanwhile, the various smaller hybrid groups remain largely undisclosed. In fact, they are sometimes categorised under the ambiguous label of ‘Others’ in governmental or official forms, whereas the Chitties themselves are lumped together with the ‘Indians.’

A small village, Gajah Berang on the shores of the famous Melaka Strait was granted to them by Dutch colonists in 1781 where the Melaka Chittys live tucked away. It is now situated in the heart of Melaka, a historic town. The heterogeneous Chitty community were birthed from a long tradition of inter-marriage between women from the local Malay, Javanese, Chinese and Batak cultures and Indian merchants from Kalinga.

They are also known as the ‘straits-born Hindus’ or the ‘Indian Peranakans’ (the Malay term for ‘local born’) presumably in modern-day Orissa and Andhra Pradesh, though most today claim to be of Tamil origin.

It is interesting to take note that the professional historians have yet to document the history of the Melaka Chitties. This is due to lack of written records within the Chitty group, since over the past six centuries, documents relating to these sub-group of Indians have been destroyed.

Most Chitties believe that their sense of community and their relation to their past and culture have both been lost over time; old oral history and storytelling practises are increasingly vanishing.

Their stories were intriguing. The Chitties unwaveringly celebrate Hindu festivals and auspicious days with much fanfare, but Malay and not Indian cuisine are the highlights of their offerings made to the gods, among them include nasi lemak, the assortment of kuih-muih and achar.