One Year After May 9 & Malaysia Baru: Where Are We Now? 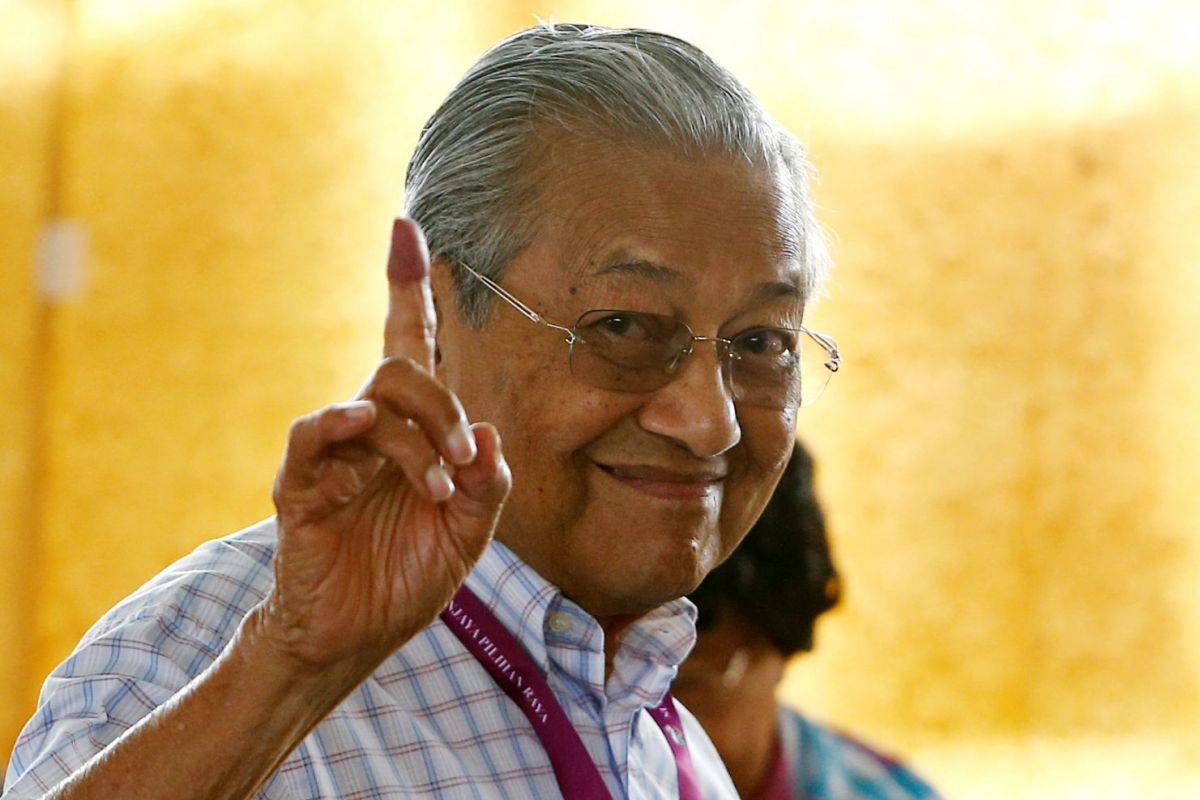 Do you remember what happened this time last year? The air was filled with excitement and anxiety, in a nail-bitting and heart-thumping moment, that shifted the power of the nation and over-turned a 61 year old government.

The nation held its breath as votes were counted and results were tabulated. Will Malaysia see a new dawn?

The 92 year old Tun M stepped into his position as the Prime Minister of Malaysia for the SECOND TIME.

The 14th Malaysian General Elections was nothing short of a film-like saga with unexpected plot twists and turn of events. Tun M came out of retirement to form an allegiance against his former protege, Najib Razak. Najib, who is also the son of Tun Haji Abdul Razak the second Prime Minister of Malaysia, was caught in a multi-billion dollar corruption scandal and was smoked out of his position and power by the Pakistan Harapan allegiance. In his 10-year ruling, Najib has been said to have looted $4.5Billion from the 1MBD investment funds.

One year later, we take a look at the changes that Malaysia has seen under its new government. Did Pakistan Harapan deliver their promises? 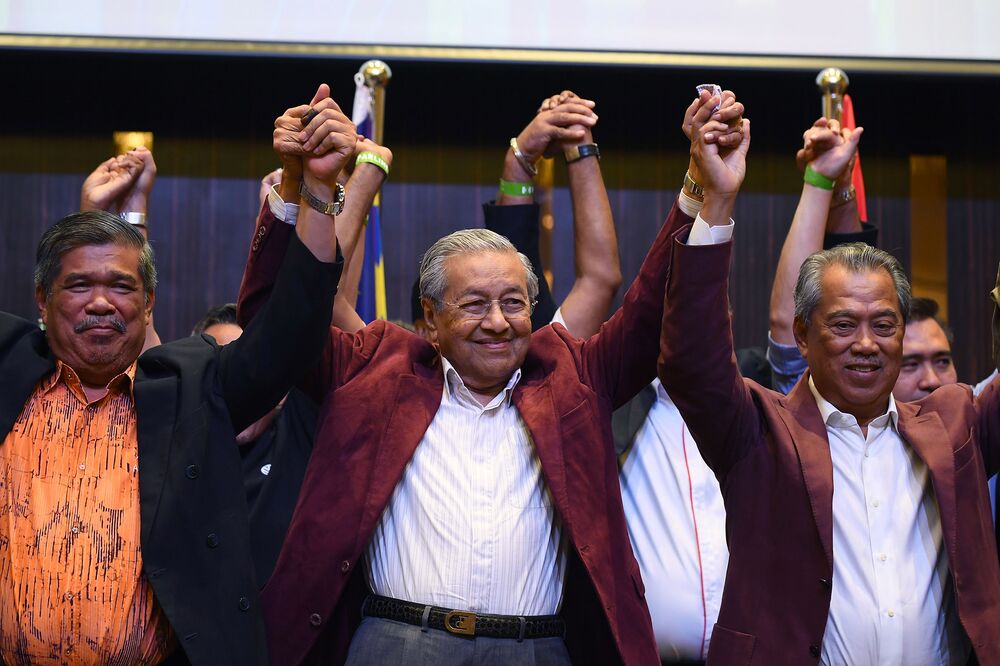 International experts have recognised that Tun M, on top of the holistic political plans and election strategies, was responsible for the overturn of the government.

Tun M started winning a place in the hearts of the Rakyat even when he had a quiant medical practice in the quiet town of Alor Star, Kedah. Word spread quickly that this young doctor brought upon miraculous healing and spread hope and kindness. His elevation through politics was a natural progression and was strongly supported by the Rakyat. Tun M, who was Malaysia’s fourth prime minister from 1981-2003, was later sworn in as Malaysia’s seventh Prime Minister (on May 10. 2018), after leaving the job for 15 years ago to become the World’s Oldest Elected Prime Minister. When Tun M was in office for his first run as Prime Minister, he forged strong relationships with other nations and its leaders. His re-election was warmly welcomed and acknowledged by leaders worldwide. After the GE14, Malaysians were eager to learn about Tun M’s quest and crusade to retrieve a nation lost to debts, fraud, divide and greed. During the elections, a video that of Tun M speaking to a lil girl about the nation spread like wildfire in the virtual world and even warmed the hearts of the people. In a line, he tells the little girl, “I am old, over 90 years old. I don’t have much time left. But within my means, I will try my very best”.

Tun M then purses his lips as tears well up in his eyes.

Tun M political ideologies and leadership is not one that sits well with every Malaysian, but there is no denying in the patriot that he is.

The Pardoning of Anwar Ibrahim 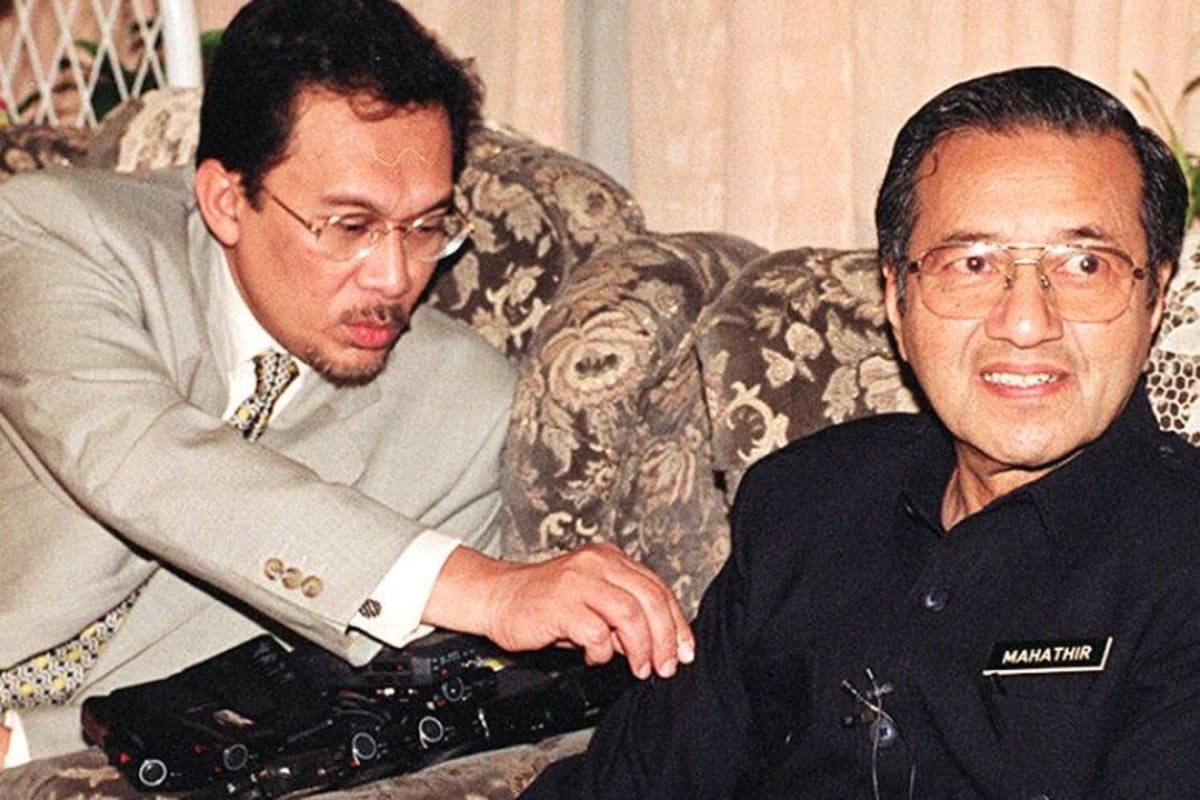 In September 1998, everything changed. 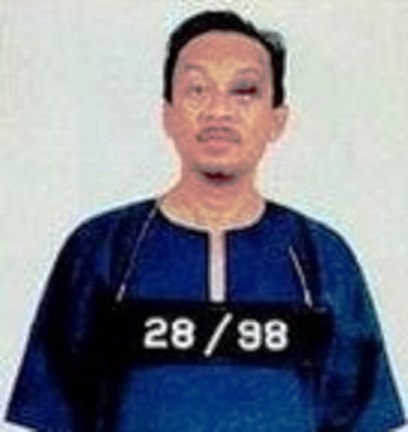 Anwar was kicked out of his position and charged for an act of sodomy. The charges were criticised by human rights activists worldwide and was deemed a blatant political fix up. He was jailed for 5 years between 1999 and 2004, and was again charged with a second sodomy act. This time, Anwar began a five year sentence in 2015.

After Pakistan Harapan’s victory, Anwar received a royal pardon from Sultan Muhammad V and was released from prison on 16 May 2018.

The 194-page Pakatan Harapan manifesto also looks at delivering 10 promises in 100 days of winning the GE14. How did they fair?

Almost immediately, the country’s 6% GST was scrapped and it went back to the previously practiced Sales and Services Tax (SST).

Pakatan Harapan acted quickly in a robust search and investigation of 1Malaysia Development Berhad (1MDB), Majlis Amanah Rakyat and Federal Land Development Authority. The ex-prime minister, Najib Razak, faces 42 counts of corruption and money laundering and may face up to 20 years in jail.

The EPF for housewives ensued on 15 Aug 2018 with the government making an allocation of RM20 Million.

The Minimum Wages Order (Amendment) 2018 came into effect nationwide on 1 January 2019. Th wages have been raised to RM1,100 per month as compared to the previous RM1,000 per month.

Promise 6: Postpone repayment to the National Higher Education Fund Corporation (PTPTN) for those earning below RM4,000

Promise 7: Relook the awarding of mega projects to foreign countries

The government put a halt to the RM55 billion East Coast Rail Link but may resume the project on a smaller scale. The High Speed Rail (HSR) project that was meant to connect Malaysia and Singapore was also cancelled.

Promise 8: Set up a task force to study how to return autonomy promise to Sabah and Sarawak, as set out in the Malaysia Agreement 1963

Since May 2018, the government has been drafting a recovery plan to turn around Felda through three major phases – reshuffling board members and top management, an operation transformation plan and rationalisation of non-core businesses. Felda White Paper promises RM6.23 billion financial aid boost for Felda.

The Skim Peduli Sihat enables households in the B40 class to receive up to RM700 in financial aid for healthcare and free vaccinations.

How far has this government come within a year of election. Here are some of the Pakatan Harapan milestones:

May 9 will forever be etched in the memories of Malaysians.

But, there is still so much more to do. While progress is quick, a more holistic approach that supports the needs of all races should be considered. The Unemployment Rate in Malaysia remained unchanged at 3.30 percent in February from 3.30 percent in January of 2019 and is HIGHER than the average Unemployment Rate (from 1998 until 2019) of 3.28 percent. The recent revealing of the quota system in Matriculation intake caused an uproar for the staggering difference in allocation.

The transformation of a nation is one that inches through generations. While a government and politicians can be quickly overturned, change needs time and a deep setting with societies’ consciousness. We mark a year from May 9 with thoughts on betterment and hope for improvement.