Being Malaysian, one would think that we are already very accustomed to interracial relationships, thanks to all our talk of unity in diversity. However, it isn’t always this straight forward.

This Valentines Day, we speak to three interracial couples about their relationships and the challenges they faced. We also asked for advice on how to deal with typical Asian parents. Here’s what they had to say!

Model and presenter Shareeta Selvaraj met her fiance Giulio Xiloyannis back in 2015. “We met at an event, we were introduced by a mutual friend. The following year, we bumped into each other and he asked me to dinner,” Thus began Shareeta and Giulio’s 4 year courtship.

Being in an interracial relationship was easy for Shareeta. “I grew up in New Zealand, and when I returned here, I went to an international school. So I am accustomed to both our cultures,” she explains.

There were, however, some things that were a little more difficult for Shareeta to adjust to. “He has a bland palate. He likes salad, crackers and cheese and he can’t eat spicy food, whereas I love those flavours. We often end up having to order food from different places,” she tells us.

While having polar opposite palates is a prevailing problem, Shareeta considers herself lucky that it isn’t a serious one. Her parents have been supportive of Guilio from the start. “Before I went on my first date, I casually told my dad, “There’s this Italian guy who’s asked me out to dinner,” and he was okay with it,” she says.

Her parents, however, weren’t pleased with one thing, “They were a little uncomfortable being called their first name by the man I was dating,” she laughs. “They didn’t say anything at first, but around the time of his proposal, they asked him to address them as Aunty and Uncle,”

She does admit that the success of the relationship boils down to the family. “The problem arises when your family has a specific idea of what they want from you,”

“It’s best to show your family how important this person is to you,”

An open communication is what is most important in these cases, Shareeta tells us. “It’s best to show your family how important this person is to you. At the end of the day, most families just want you to be happy. I think an open, honest communication from the start is the best way to deal with this,”

A product of mixed marriage himself, entrepreneur Roen Cian Nagapan has never felt different from others while growing up. Although, he may be an exception. “I was born in England to an Indian dad and a Chinese mum. Interracial relationships were less frowned upon over there. Even when we returned to Malaysia, we were in an urban setting, so it was a little more acceptable,”

Roen met his wife, Miss Malaysia Universe 2013 Carey Ng when she, along with the other finalists of the pageant visited one of his establishments. The couple has been together for 8 years. They tied the knot in 2017 and are now blessed with two daughters Shaelyn Rey Cian and Bella Rey Cian.

As parents, the challenges Roen and Carey face are slightly different. “At the moment, the kids are really young. Eventually, we will arrive at the crossroads of Chinese school vs private school, and things like that,”

But Roen and Carey have one important rule, when it comes to the kids, “We raise them to be Malaysian, and that means not to look at skin colour and stuff like that,” The couple themselves have friends from all races. That is the environment they want their kids to grow up in, Roen says. “That’s really what Carey and I do, and if the parents live it, the kids certainly will follow suit,”

While he does believe that interracial relationships are more widely accepted in Malaysia today, compared to his parents’ era, Roen admits that the undercurrents are still there. “I mean, because we are just 1 generation away. So it is getting to a place where it is more accepted. We all see more of it, that’s for sure. With so many variations too, which is good,”

It doesn’t just stop with race, Roen says. “Race is one word and religion is a bigger word. What happens sometimes is it gets way more complex because of religion, more than race. People speak loosely about interracial relationships, but what about religion and all the other dividers we have put between us?” he questions.

“The family is the hardest bit, parents are often stuck in their ways of the past, and we are Asian so we don’t want to defy them, but when they are no longer around, it is you and this person for the rest of your life. This is a decision you’re making now because your mother and father,” Thankfully, he says, every generation chips away at that.

parents are often stuck in their ways of the past, and we are Asian so we don’t want to defy them, but when they are no longer around, it is you and this person for the rest of your life

“When you made a decision as an adult, you just need to be stern about it, parents or not,” Roen acknowledges his privilege in saying that, “It’s easy for me to say, but I know people who are in a pickle when it comes to that. It goes beyond the mother and father and yeah its tough,”

Thankfully, every generation chips away at that, according to Roen. “Back in the day we listen to our parents more, and they listened to their parents more. Now people are more firm about their choices, and that’s great,”

As for society’s views, Roen has this to say, “Ultimately, we are all Malaysians. And if society is giving you a tough time for following your heart, it might be helpful to reevaluate who the people around you are, who your society is. You can always change that,”

Karina Grewal very recently tied the knot with Terence Conrad. Things weren’t as smooth sailing for this couple. Karina is Punjabi Sikh, while Terence is Malayali Catholic. “At the start itself, I knew that the religious difference might be an issue. So I kept resisting for a very long time,” 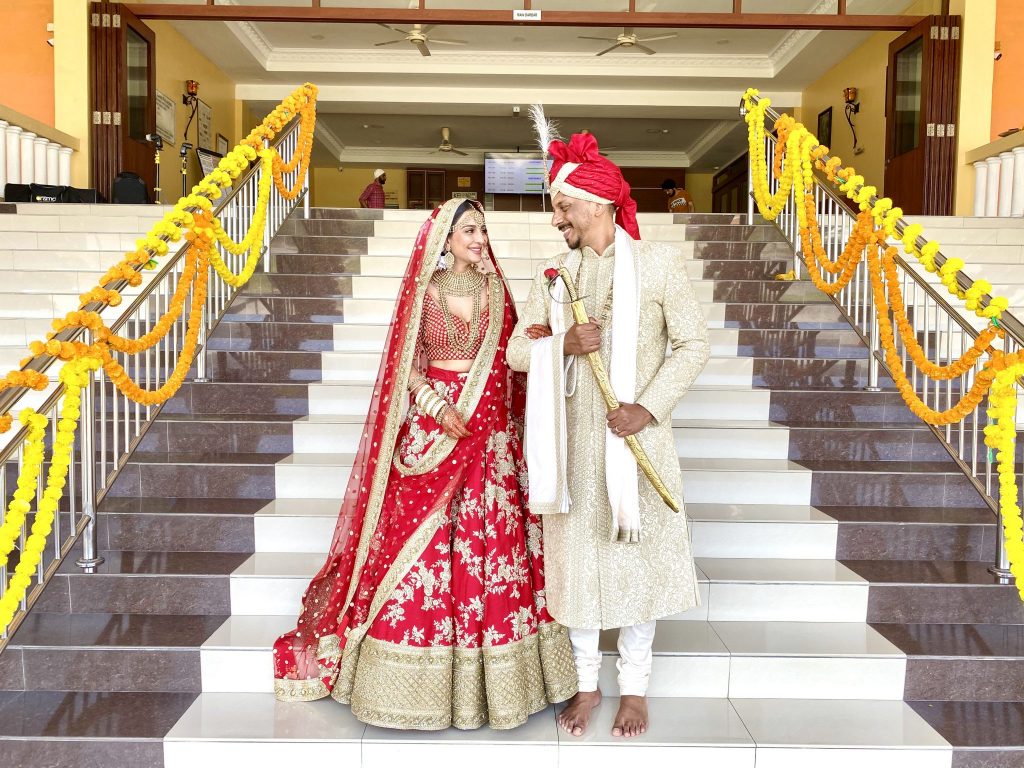 “He was persistent, and he was not going to take the chance of not giving it a shot. I couldn’t find any fault in what he did. Ultimately, he was ideal for me,”

“Being of different religions was the biggest hurdle for us. At the end of the day, we are both Indian. Our religion and culture is different but it wasn’t a total culture shock for me,” Karina shares.

“It’s crazy because as Malaysians, from school, we grow up with so many races and religions around us!”

It wasn’t an easy journey, but Karina knew in her heart what the right decision was. “I knew that I needed to put everything aside and focus on myself. I proceeded to marry this amazing person, and we couldn’t be happier!”

“A misconception is that the children, the products of mixed race relationships will be confused by the two cultures. For some strange reason, the norm is for the child to follow the father,” Karina and her husband totally disagree with this.

“If God blesses us with kids, they cannot call themselves Malayali, nor can they call themselves Punjabi, because they are mix of the two. Why shouldn’t they learn that their father goes to church and prays a certain way while their mother prays another way in the Gudwara?”

“My husband and I talked about this a lot from the start of our relationship. I was born into a Sikh family. My whole life, I was taught this religion, so it is only right that I uplift it. My Catholic husband feels the same way,”

“It doesn’t help that we are from a small community, that is why people are so concerned about society,” she says. “It takes a lot of strength and effort to stand up to your parents. It isn’t a romantic Bollywood movie where you can drop everything and things will be okay. You need to believe in what you’re doing,”

“If your family doesn’t believe in what you are doing, make them understand it,”

“If your family doesn’t believe in what you are doing, make them understand it. Make that effort. It’s not going to be easy, that’s for sure,” she says. “However, if you have done everything within your control without yielding any results, then you need to think about what you want and go for it,”

“More than anything, if you know that you are making the right decision and your partner is supportive, you need to go for it,” Karina tells us from experience, “If you feel like this is the one person you cannot live without, then follow your heart. Don’t follow society or people who think otherwise, because at the end of the day, when you shut the door, nobody is going to come to your rescue,”

“If you feel like this is the one person you cannot live without, then follow your heart,”

Karina ends our interview with a few wise words, “This doesn’t just apply to interracial relationships. Whatever you are embarking on, follow your heart, and if you really believe in something, go for it!”