Update: On the 25th of May 2020, a representative from Astro reached out to the Varnam team to tell us that there will be no charge upon unsubscription from the Chakravarthy Package from 1st June up until 31st August 2020. Read more here.

Malaysian satellite television provider Astro will cease the broadcasting of three out of the five Tamil channels from India they currently offer. The company appears to be doing this under the guise of an ‘upgrade’ to the current Chakravarthy package. 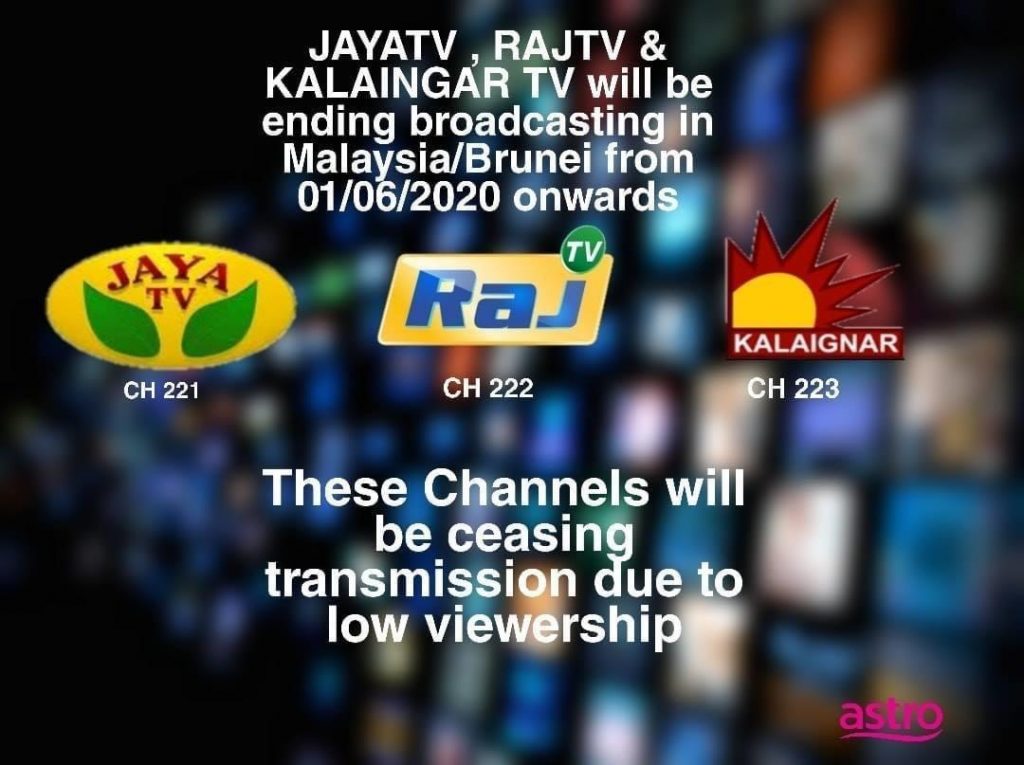 The satellite television provider announced that they will be adding one new channel, Zee Tamil HD, in their upgraded Chakravarthy package. The other two channels on the package are Star Vijay and Colours Tamil.

What Astro has effectively done with this move is to take away three Tamil channels and throw in a new channel, that customers are now forced to take up, for the same monthly payment.

To add insult to injury, Astro merely blasted an email to their customers about this supposed upgrade. With the subject “We’ve upgraded your Chakravarthy Pack channels to HD”, this email only features these two images below. 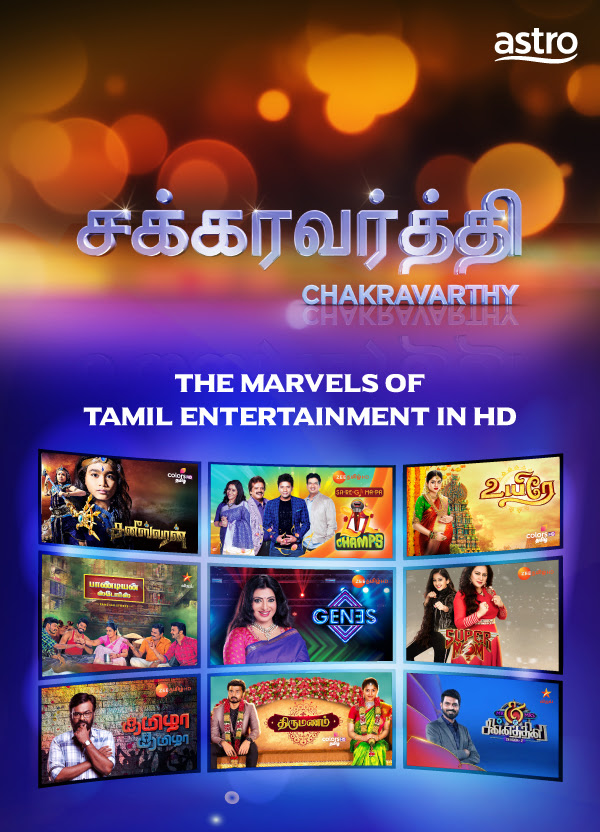 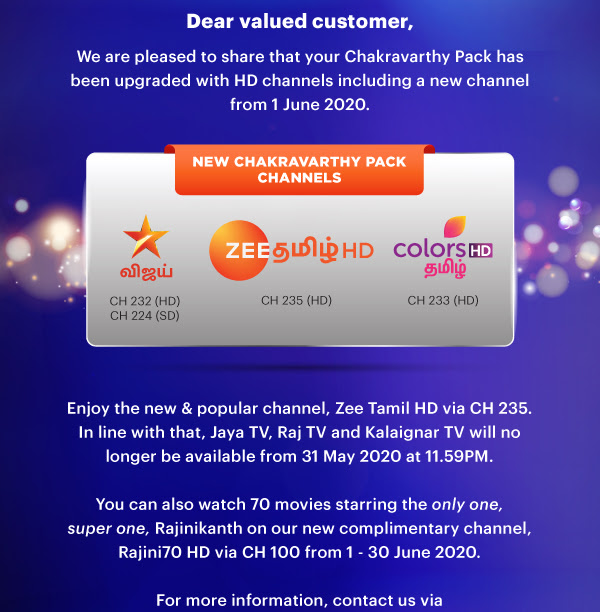 The issue is only revealed in the second image on the email. One has to wonder why a large corporation like Astro cannot bring themselves to be upfront with their customers. They feel the need to veil the discontinuation of the three channels with the introduction of Zee Tamil HD.

The email claims that Zee Tamil HD is new. It isn’t. Astro introduced Zee Tamil HD in September 2018 under the Samrat Package. Barely 6 months later, the channel mysteriously stopped transmission. Many customers were not informed of this.

A day after the Varnam team brought this up, a representative from Astro confirmed that Zee Tamil HD was removed from the Astro platform by their channel partner, Zee TV effective 1st March 2019. Samrat Pack customers were informed of the cessation via on-air messages, email and SMS updates, they claimed.

Come 1st June, the Chakravarthy package offers just three Tamil channels. Astro’s customers who are unhappy with this take-away-three-and-give-you-one move can cancel their Chakravarthy pack subscription. This, however, will incur another fee of RM10.60. That’s right, customers will be charged to discontinue a service that now offers fewer channels for the same price.

customers will be charged to discontinue a service that costs the same but now offers fewer channels.

A MCO-worthy analogy of this situation is this. Let’s say you purchased five bottles of hand sanitiser for RM50 from a pharmacy. A month later, you return to that pharmacy to make the same purchase. The pharmacist now tells you that they will only be able to sell three bottles of hand sanitiser for the same RM50. And if you choose to go elsewhere to buy the product, you need to pay RM10.60. What do you do?