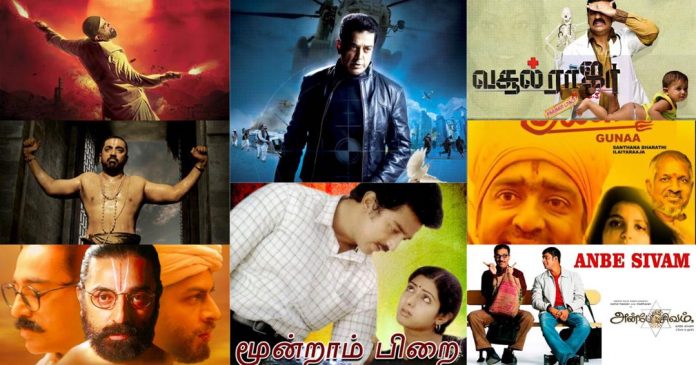 Unquestionably, Padma Bushan Kamal Haasan is a fantastic actor with a deep love for film. Not only that, but he’s also a talented screenwriter who brought us Hey Ram, Vishvaroopam and Dasavatharam.

Although a few of the films didn’t do well at the box office, they’re still a masterpiece in South Indian cinema.

To usher in the new year with some sparks, Astro has brought us a new pop-up channel to honor Ulaghanayagan. Here are ten Kamal Haasan movies that fans can enjoy on (CH 242);

Suyambulingam, a school drop-out but an intelligent man, learns by watching movies. When a dark event seems to destroy his family, he uses all his wit to shield them.

Anbarasu, a tv commercial maker, goes to Bhubaneshwar on a business trip and is stranded at the airport due to heavy rain in the city. His life takes a turn when he encounters Nallasivam, a co-passenger and a friend of his corresponding with the title of the movie, Anbe Sivam.

A small-time don leads his family to believe that he is a doctor, but when his secret comes out, he decides to become a real doctor. But the challenge starts when he enrolls himself in a medical college.

Mayil, 16, falls in love with a city doctor who plans to take advantage of her. As he leaves her, after she opposes his dirty motives towards her, Chappani, who is a handicap, steps in to take care of her.

A young woman returns to her childhood behavior after experiencing a head injury due to a car accident. Lost, she ends up stuck in a brothel before being saved by a lone school teacher who falls in love with her.

The tale of Saketh Ram whose wife was raped and killed during the riots in Calcutta on the day of direct action. He is persuaded that Mahatma Gandhi is responsible for all the problems that are going on in the country and tries to kill him.

A mentally ill man believes he’s going to marry an angel when he comes out of the mental asylum. When he leaves, a few goons capture him and instruct him to rob a temple, where he meets a girl he thinks is his angel and kidnaps her.

Nirupama, an ambitious woman studying in the USA is married to Viswanathan, a Kathak dance master. When she doubts his actions, he hires a detective who reveals his real identity and past. It turns out to be an escaped terrorist. But who is he really?

Wisam Ahmad Kashmiri, a RAW agent, is trying to prevent a terrorist group from carrying out a deadly mission against three countries.

Upon recognising the risk of a bioweapon, a scientist tries to protect it from misuse. When the vial inadvertently reaches India, he races against time to avoid more possible catastrophe.

Going through this list, you can perceive how Kamal Hasan has ventured into different combinations of movie genres and characters. It’s never just one sort of movie all the way.

In reality, all of this just shaped him into a more versatile artist where he is right now. And no actor can beat his own individuality.

What’s your favourite Kamal movie in the list? Please let us know in the comment section below. You can watch all those movies on channel 242 or go to Astro Ulagam to find out about Kamal Haasan‘s movies that will be shown on your home screen in the month of January. 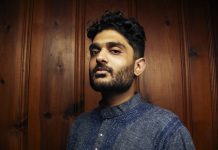