The Commonly Misunderstood Idea About Shivalingam 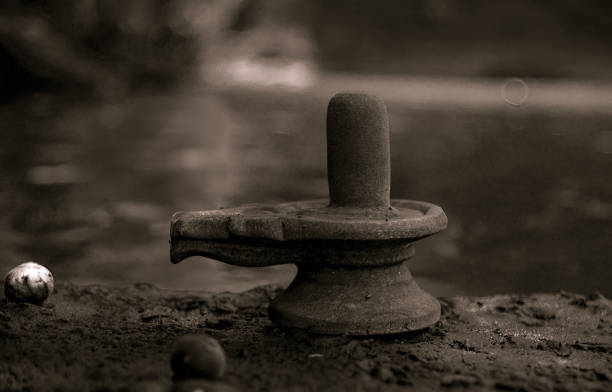 An old shiva linga on a river bank

Mahashivratri, or “The Great Night of Shiva,” was celebrated yesterday. Most Hindus throughout the world would have commemorated this night by remaining awake and engaging in Lord Shiva’s connections. Some would have observed fasting, while others would have visited a local Shiva temple to seek his blessings—prayer and reciting his mantra—in order to have a profound sense of awakened presence.

Having said that, I’m sure those of you who were awake last night are probably experiencing either sore eyes and exhaustion as a result of being awake. So , I thought, why not share some intriguing knowledge about Lord Shiva, which is frequently misunderstood.

It is his day, and normally when a day is dedicated to someone, we learn about that person and why the day is commemorated in their honour. Similarly, I wanted everyone to know about Lord Shiva’s outer sign of formless nature, Shiva Lingam.

There are several theories and opinions regarding the ShivaLingam and its physical form. Some believe that this structure is an artistic representation of Lord Shiva, representing his immense and unequalled destructive and regeneration power. Other ideas focus on the biological aspect of a being.

To be honest, there are no right or wrong explanations regarding the Shiva Lingam since there is no sufficient proof and we are unable to just determine what was said millions of years ago.

However, learning about this would be beneficial knowledge for everyone to obtain. So, without further ado, let us go into the first idea of what shiva lingam is and why it is in that shape. The first theory regarding what is Shivalingam is that it reflects Shiva’s limitless nature, as one without beginnings or endings. According to Hindu legend, Vishnu and Brahma once argued about who was greater, both attempting to prove dominance to the other. Hence, a flaming lingam appeared in front of both deities. Lord Shiva requested to locate the beginning and end of the lingam.

Vishnu transformed into a boar and hunted through the depths of the underworld, while Brahma turned into a swan and searched through the skies. They failed, and Shiva emerged from the flaming lingam, declaring himself supreme over the two. Vishnu and Brahma agreed and bowed down in front of Shiva. This theory is based on the Shivalingam’s metaphorical significance.

This widely known theory is what will occasionally generate a controversy. We can see from the structure or physical form of the shivalingam that it is a smooth cylindrical mass. It is usually seen in the middle of a lipped, disk-shaped item. According to this theory, the cylindrical mass represents Shiva’s phallus and the disk-shaped element makes yoni, which is an embodiment of the goddess Shakti.

Well, I’ve personally witnessed many people become agitated when we suggest it reflects the biological aspects of living beings. However, we must keep in mind that in Hinduism, there are generally millions of meanings hidden beneath a single concept. Similarly, this idea has a deeper significance than what it appears to be.

The word “lingam” in “shivalingam” means sign or distinguishing symbol in sanskrit. Meaning, the physical condition of shivalingam has a distinct connotation as well. The lingam and yoni, which are the male and female regenerative organs, are Shiva and Parvati’s symbols. They represent the universe’s life energy. Nature is in cosmic balance and harmony when they are together.

The notion that the world, or rather existence itself, is the consequence of the combination of masculine and female energy is both a biological and a philosophical reality.

We humans, you know, have a tendency to just swallow what we see in front of us without having to analyse the underlying meaning that might deliver a greater message. That is exactly what occurred here as well. So, the next time we come across anything strange or difficult to grasp, let’s decode it thoughtfully and discuss it to have a fuller knowledge.

I’m very certain that there are varying opinions concerning this shivalingam. So, rather than having a heated debate over it, let us all be more expansive and discourse with the goal of gaining information rather than merely winning the debate.