Venkat Prabhu And Raghava Lawrence Might Be Teaming For A Film! 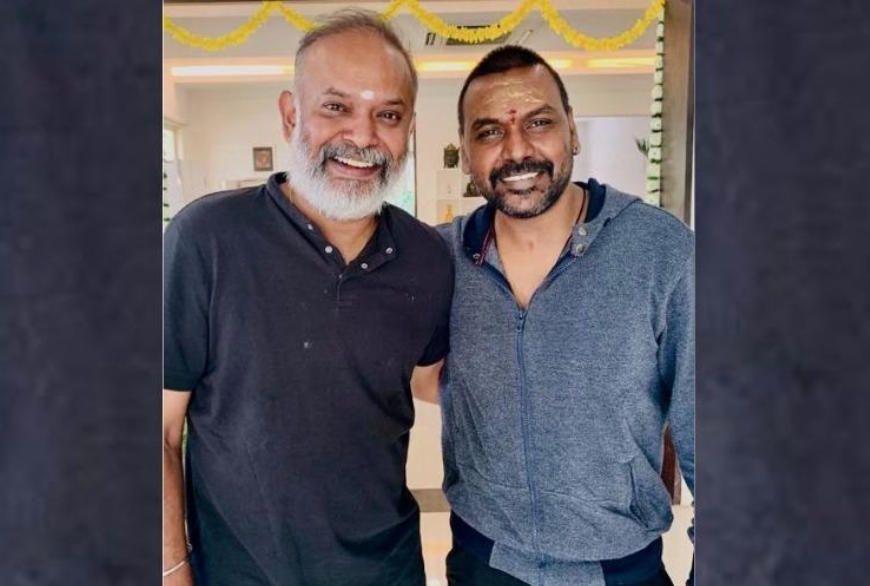 Venkat Prabhu and Raghava Lawerence may soon be teaming up for a project.

Without revealing much, Venkat Prabhu a posted a pic with Raghava Lawrence on his social media page and wrote, “God is kind Nalladhey ninaipom Nalladhey pesuvom Nalladhey nadakkum And so this happened!! Thank q @offl_Lawrence brother!!! Updates soon.”

This has given rise to speculations that they will be working together. In the meantime, both the filmmakers will be completing their respective projects on hands.

Venkat Prabhu currently has Maanadu waiting for release. He roped in Simbu and Kalyani Priyadarshan to play the lead pair in this flick. Touted to be a political thriller, Simbu has apparently done a lot of homework for Maanadu. He underwent special training in the US for a couple of weeks to shape up for the role. He will be seen in a never seen before avatar in this flick, therefore, expectations are high for Maanadu.

Venkat Prabhu is also producing Kasada Thapara under his banner Black Ticket Company in association with Ravindran’s Trident Arts. An interesting feature of this film is that six editors and six cinematographers have worked in this film. Antony, Kasi Viswanathan, Praveen KL, Rooban, Vivek Harshan, and Raja Mohammed are responsible for the film’s editing and MS Prabhu, Vijay Milton, RD Rajasekhar, SR Kathir, Balasubramaniem and Sakthi Saravanan have handled the camera.

Raghava Lawrence, on the other hand, is directing the Bollywood flick Laxmmi Bomb with Akshay Kumar and Kiara Advani playing the lead pair. This film is under progress and is scheduled to hit the marquee on May 22 next year. Raghava Lawrence will be directing the Tamil version of the hit Telugu film Rangasthalam with N Lingusamy bankrolling it.