Home Movies “I Will Be Filing A Case Against The Filmmakers Of Parasite,” –...
ADVERTISEMENT
15
SHARES
ShareTweetWhatsapp

PL Thenappan, the producer of actor Vijay and director KS Ravikumar’s ‘Minsara Kanna’ was quoted saying that he will soon sue the producers of Academy Award-winning Korean film ‘Parasite’ as the basic concept of the film is allegedly derived from ‘Minsara Kanna’.

“On Monday or Tuesday, I will be filing a case with help from an international lawyer. They have taken the plot from my film. When they find out that some of our films have been inspired by their films, they file cases. Similarly, it is only fair for us to do the same,” Thenappan told The News Minute on 14 February.

In Minsara Kanna, members from one affluent family act as workers in Khushbu’s house to change her mindset and allow her sister to marry Vijay. In Parasite, members from a poor family find various jobs in a rich family by posing themselves as educated and experienced in various fields.

KS Ravikumar, the director and story writer of ‘Minsara Kanna’ has said that he feels happy about the coincidence. “Glad that I conceived something similar before twenty years,” he said. 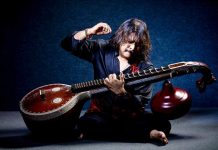