Thailavar’s Annaatthe for Deepavali release? Now that would be a double treat for all Thalaivar fans, wouldn’t it!

The motion poster for Rajinikanth’s next film Annaatthe, which is expected to be a family action-drama like Padayappa and Arunachalam, was released last Friday around 8.30pm.

A panoramic shot of a bridge opens the motion poster. We hear Rajinikanth’s dialogues in the background as the camera pans in for a closer look.

Then we see Rajinikanth riding a bike while holding a heated-aruval in one hand. The actor looks ferocious in a hazelnut-brown kurta while wearing earphones and a helmet.

Fans were in for a double treat on Vinayaka Chaturthi, as the makers of Rajinikanth’s Annaatthe unveiled both the first-look and motion posters on the auspicious occasion. 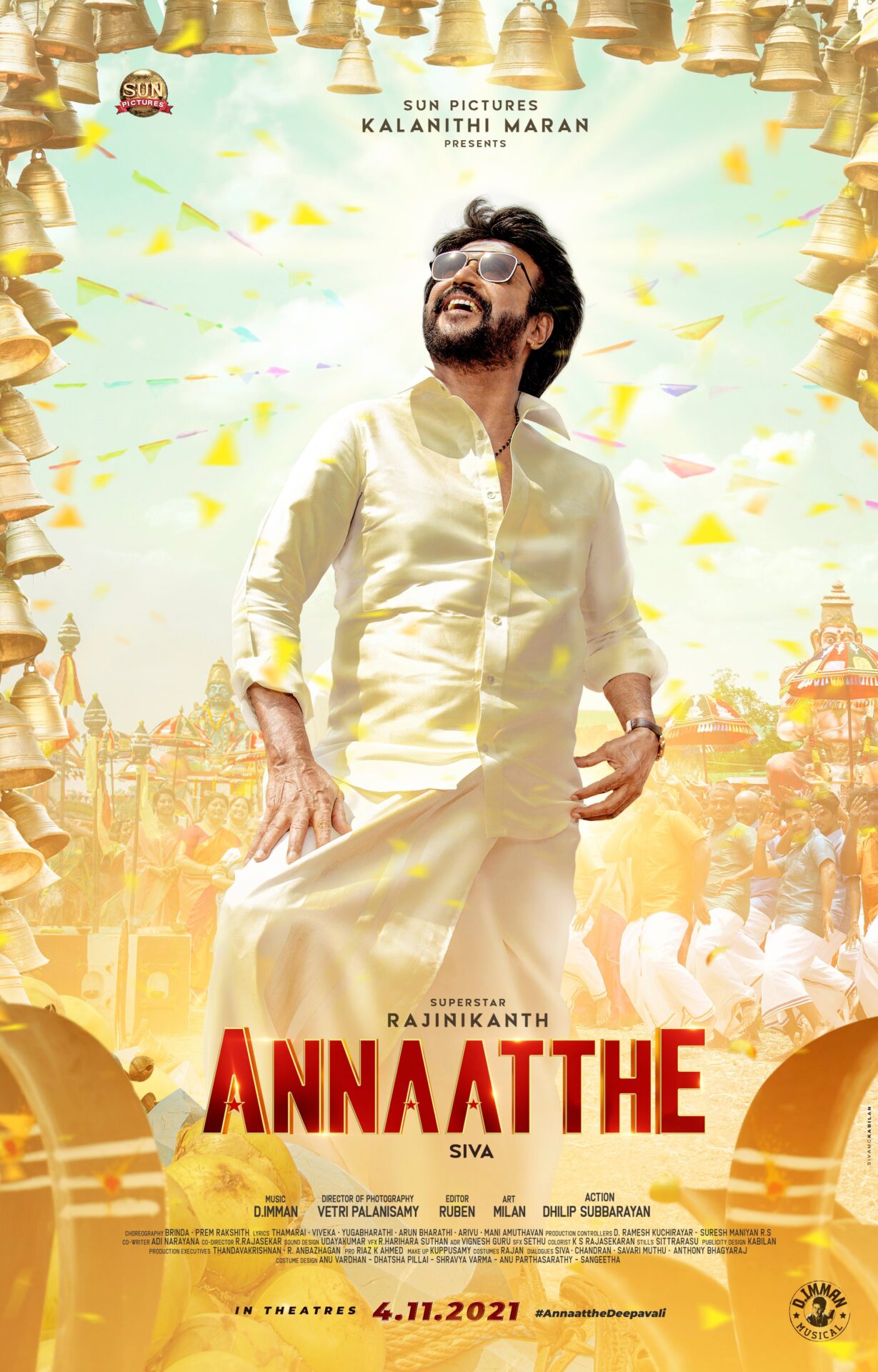 Initially, the film was supposed to be released for Pongal.  It was, however, postponed due to the COVID-19 outbreak.

So let us hope that this time there will be no more date changes and that we will be able to watch this family entertainer in theatres on Deepavali. Are you excited for Thalaivar’s Annaatthe?