10 AR Rahman Covers To Usher In The Weekend 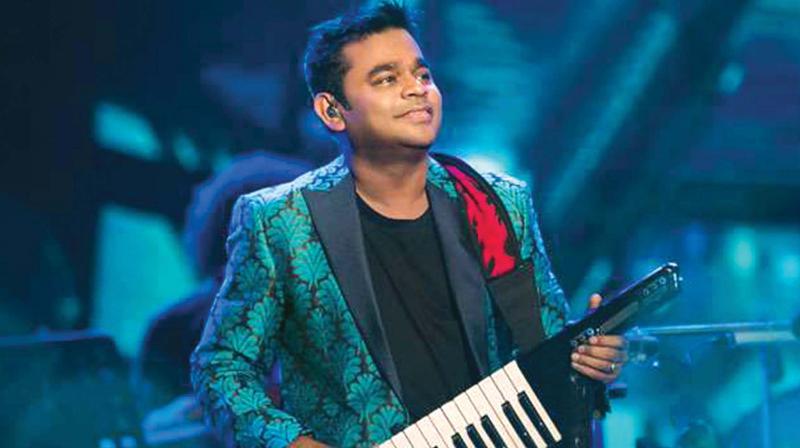 Ah, what a week it has been! As we usher in the weekend, the Varnam team has compiled a list of AR Rahman covers that blew our minds. These covers encompass individual singers, duos and bands as well as instrumental covers and an acapella performance. You can thank us later. Enjoy!

This remarkable performance features snippets of Rahman’s hits throughout his 25 years of making music. To call it a melodious journey would be an understatement. We were particularly impressed by the beatboxing by BMac Mastamind. The arrangement was done by Pravin Saivi.

This is one of the few instrumental masterpieces that does the original song justice. The band captures the drama and musical acrobatics that Rahman brilliantly composed for the song. We hope to see move of Rahman’s covers from this immensely talented band.

Okay, we know this isn’t entirely AR Rahman’s work, but it is just beautiful to not have on our list. If you haven’t heard of VidyaVox, YouTube her RIGHT NOW! She has done multiple mashups of Tamil & English and Hindi & English tunes. Her videos are definitely worth listening to.

We especially love this tune because it feels like Love Me Like You Do and Hosanna were one song to begin with!

There is something about the violin. Sabareesh Prabhaker, the violin maestro manages to turn these already emotional tunes into those that tug at our hearts with every note. He marries Rahman’s hits perfectly and not one song feels out of place. Our personal favourite is his rendition of Swaasame from Tenali.

Diluckshan’s rich, creamy voice croons beautifully to this ageless tune composed by Rahman 18 years ago.  He has done may covers, and if you’re in the mood for something that would blow your mind, we’d recommend his version of Ey Sandakaara from Irudhi Sutru.

Nikhil Mathew is the first ever winner of the popular TV show, Super Singer. With an impressive vocal prowess like this, we wonder why he hasn’t been recruited to sing more. Thank goodness for YouTube! The does this Rahman classic justice and the accompanying saraangi is lilting, to say the least. If you like his voice as much as we did, we recommend checking out his version of Poovukul Olinthirukkum!

Piri has been on YouTube for quite a while now. We particularly enjoyed this mashup simply because it gives both songs a breath of fresh air. Piri executes the layering of voices perfectly, and its just one of those songs that remind us how timeless Rahman’s work is.

Although we think nobody can outperform Sid Sriram, Saiesan Muthulingam comes pretty close with his cover of Ennodu Nee Irundhaal. He hits the high notes with ease and gives us goosebumps while he’s at it. Check out his version of the Rahman classic, Uyire here!

Vijay Kannan is an accomplished flautist who is an ardent fan of Rahman’s. His love for Rahman’s music is translated through this flute medley of the Isai Puyal’s 90s hits. Simply breathtaking!

These two lads have managed to meld 26 of Rahman’s songs and back ground music without making it seem too busy. The listener is captivated from the beginning with the arrangement and how the tunes so beautifully meld with each other. Every minute hum is well thought of and arranged beautifully. This blows us away, and could possibly be one of the best medleys of Rahman ever made. Oh, and the ending will send a shiver down your spine!

Anything else you guys think deserves to be on the list? Let us know. Until then, happy weekend everybody!