Home Music Santhosh Narayanan Will Be Scoring The Music For Dhanush’s Next!
ADVERTISEMENT
ShareTweetWhatsapp

He is all set to score the music for Dhanush’s next. The D41 team comprising director Mari Selvaraj, Dhanush and Santhosh Narayanan celebrated one year of Pariyerum Perumal (which was also directed by Mari Selvaraj and had Kathir playing the lead) by cutting a cake in London and revealed that Santhosh will compose the album of the D41. 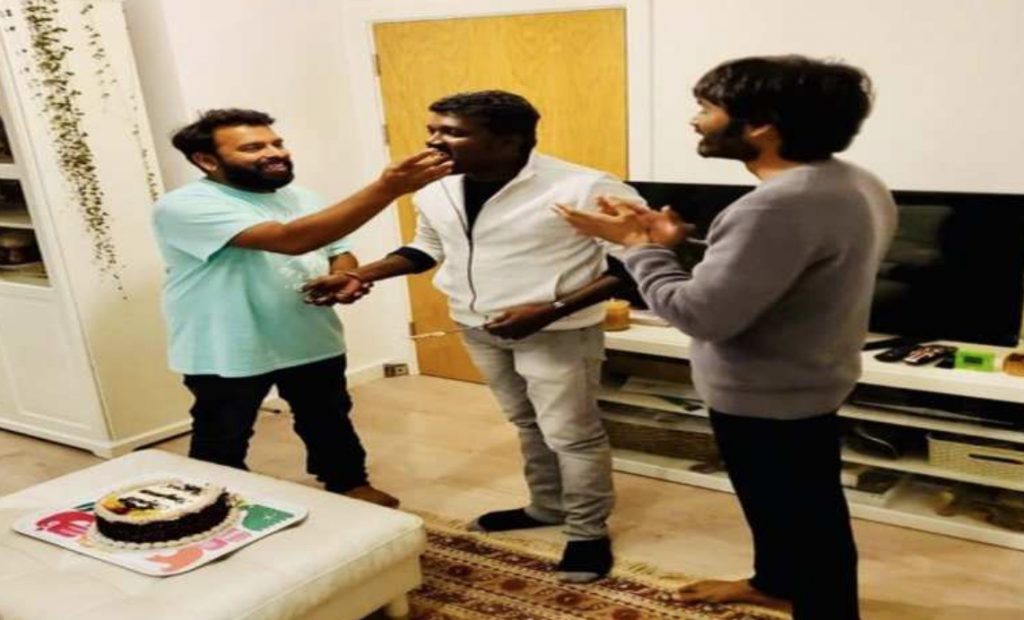 Wishing you only the best @mari_selvaraj , @dhanushkraja and the entire team of #D41. Very proud and excited to be a part of this. pic.twitter.com/16rapEWYDf

The team has also been discussing plans for the film. Pictures of the celebration and the discussion is doing the rounds on the internet.

In the meantime, Dhanush is awaiting the release of his upcoming film Asuran. The actor plays a dual role in the Vetri Maaran directorial. The film marks the debut of Malayalam actress Manju Warrier in Tamil. Music for the film is by GV Prakash.