Popular music director trio Shankar-Ehsaan-Loy has walked out of the upcoming multilingual blockbuster Saaho. Following their exit, Ghibran has been signed up to helm the music.

Shankar-Ehsaan-Loy consist of Shankar Mahadevan, Ehsaan Noorani and Loy Mendonsa. The trio were reportedly uncomfortable with multiple music composers working on the film.

Shankar Mahadevan revealed in an interview to IANS, “The music company wanted to add a few songs from external composers. We are not very comfortable with that. Normally, we prefer to remain the sole composers of the film. That’s why we decided to opt out.”

Shankar also said that this may be a norm now, but it is something the trio just isn’t comfortable with. “Nowadays you see multi-composers happening on many of the films. They checked if it’s okay with us. We said no,”

Ghibran has composed the background score for Saaho, and it should be noted that a few other music directors will be taken into the team to compose tunes for other songs.

Saaho will hit the screens on August 15th. 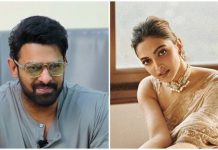