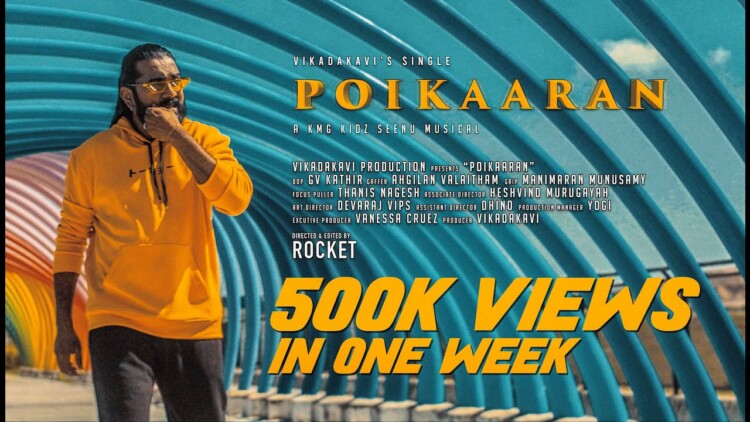 Magendran Raman or better known as Vikadakavi has released a new single recently and it seems to level up with every release of his album. Powered by the jaw-dropping vocals and lyrics by none other than Vikadakavi himself, this is the first-ever Thamizh spoof music video that has been released in Malaysia.

The track is one of his best yet, containing pulsing beats with buzzing synths intertwined with his unique concepts of resembling characters that he creates to go along with the music. Poikaaran has been receiving a lot of positive feedbacks from netizens and has since garnered 483,575 views and 33,000 likes.

The video visuals were directed and edited by a highly skilled artist, Rocket. Its one that deserves recognition! The beat is dope!