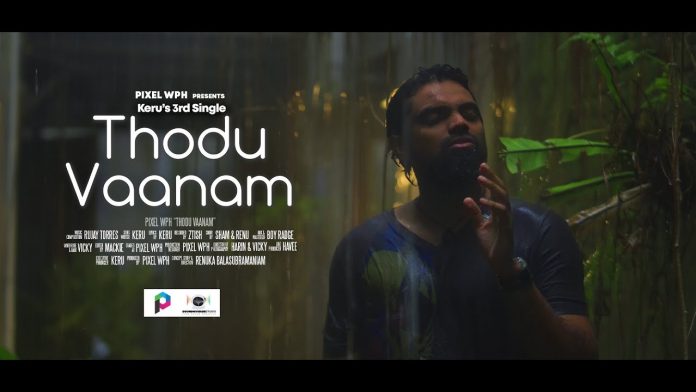 Known as a talented singer and musician, Keru Carew is back with his 3rd single entitled Thodu Vaanam.

Composed by Rujay Torres, the song was sung and lyrics penned by Keru himself. Recorded by Ztish, Thodu Vaanam is further enhanced by the choir from talented singers Sham & Renu.

Under Renuka Subramaniam’s concept and direction, the video itself has a good theme to it, ‘time heals’. It was entertaining to watch the combination of nature and city in the music video. The concept is admittedly absurd but also quite touching once the singer has achieved his goal.

The video has depicted a necessary escape from all the hustle, challenges and unpredictability that happens in our life. In just three days, the music video has reached more than 15k views.

Watch & listen to the full music video here, and do let us know what you think! I think its awesome.