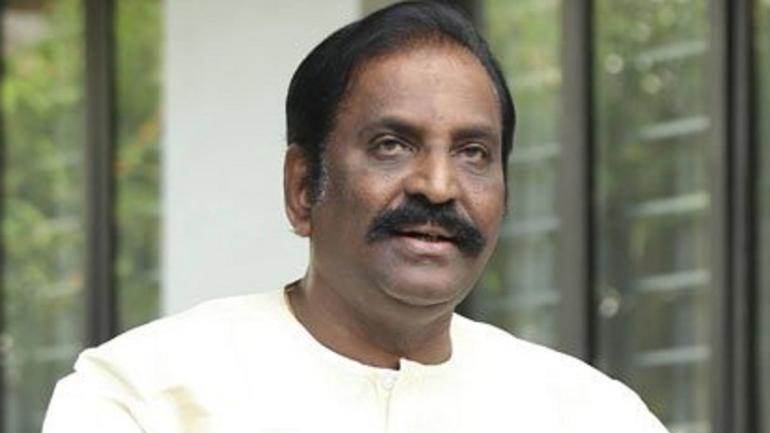 Alleged sexual predator Vairamuthu is scheduled to visit Kuala Lumpur in a few days, but a group of Malaysians have taken to social media to voice their dissatisfaction with the lyricist entering our nation.

Vairamuthu is making a trip here to launch his new book, Tamizhatrupadai on the 3rd of December at the Netaji Hall in the Malaysian Indian Congress (MIC) Headquarters, Kuala Lumpur. It is currently unclear who the organisers are.

Interestingly, the reason for objecting the lyricist arriving in our country has nothing to do with the numerous sexual harassment allegations hurled against him, none of which he has responded to.

This group of Malaysians doesn’t want him to here because of the stale Andal Naachiyar issue. The lyricist had termed Andal Naachiyar, the only female among the 12 Alwar saints of South India, a devadasi in January last year.

The Malaysia Hindudharma Maamandram has urged the Malaysian Indian Congress to not host the event at its venue. The group warned that if Vairamuthu didn’t apologise for his remarks on Andal Naachiyar, then it would hold protests again, as he had ‘hurt’ the sentiments of Malaysian Hindus with his remarks.

The grave sexual harassment allegations, however, seem to have taken a back seat.

Since the allegations broke out, Vairamuthu has tried to elude them, initially saying the charges against him were false and he would take legal action against those accusing him of it. A few days later, he announced on his social media platform that he wouldn’t bother about the falsehood spread against him.

This group of Malaysians, however, seem to have overlooked this serious matter, and is hung up on the Aandal issue.