Vishal To Tie The Knot With Anisha Alla Reddy

Actor Vishal has had an interesting past few months with his position as the president of the Tamil Film Production Council. The actor’s father, producer GK Reddy announced at the start of the year that Vishal will tie the knot soon, without revealing who the bride to be is.

Telugu actress Anisha Alla Reddy laid rumours to rest yesterday in a heartfelt Instagram, revealing her upcoming nuptials with Vishal. It appears that Anisha and Vishal have been dating for quite some time now, and are all set to enter the next phase of their lives together. “I finally found somebody to go down the path of life with, loving him and life with true passion. I look up to this man for all that he stands for and for all of his heart. I vow to give back to him the families and the people around with this step forward. I vow to be the best I can be, intention towards collective learning, love and moral value (sic),” read part of Anisha’s post. 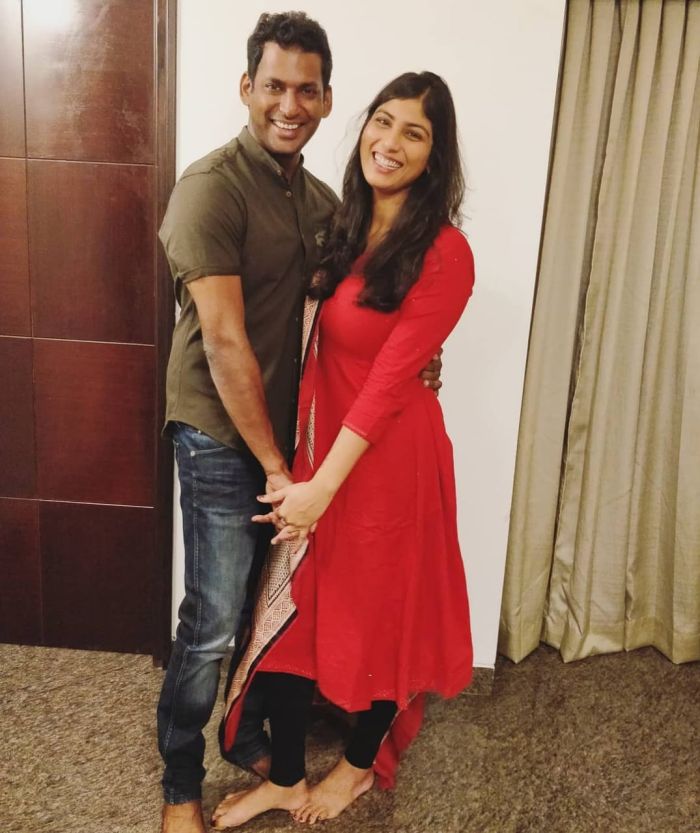 Vishal reciprocated with a tweet. The actor is visibly estatic about his big day, also sharing two pictures of his beau, before saying that he will reveal his wedding date soon. 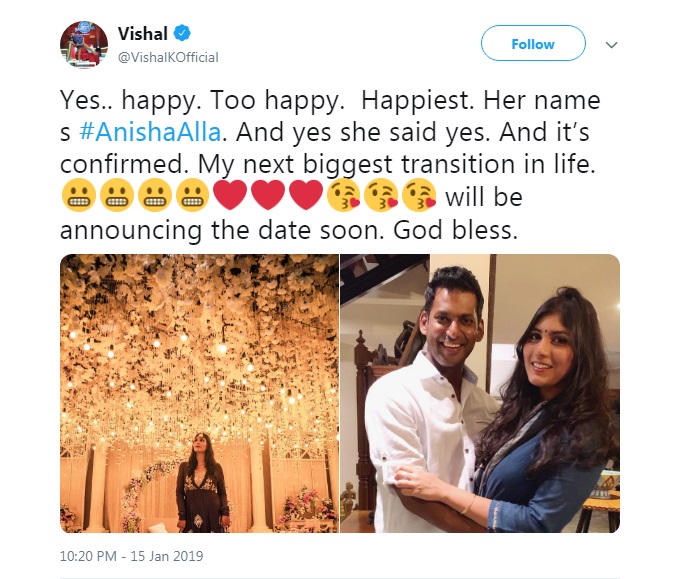 Anisha has starred in Telugu films like Arjun Reddy and Pellli Choopulu. Vishal is currently filming for his upcoming film with Venkat Mohan, titled Ayogya. He will be starring opposite Raashi Khanna.

Varnam congratulates the lovebirds on their upcoming nuptials!