Karthine Maniam recognises herself as a full-time rainbow, and we can’t help but agree! 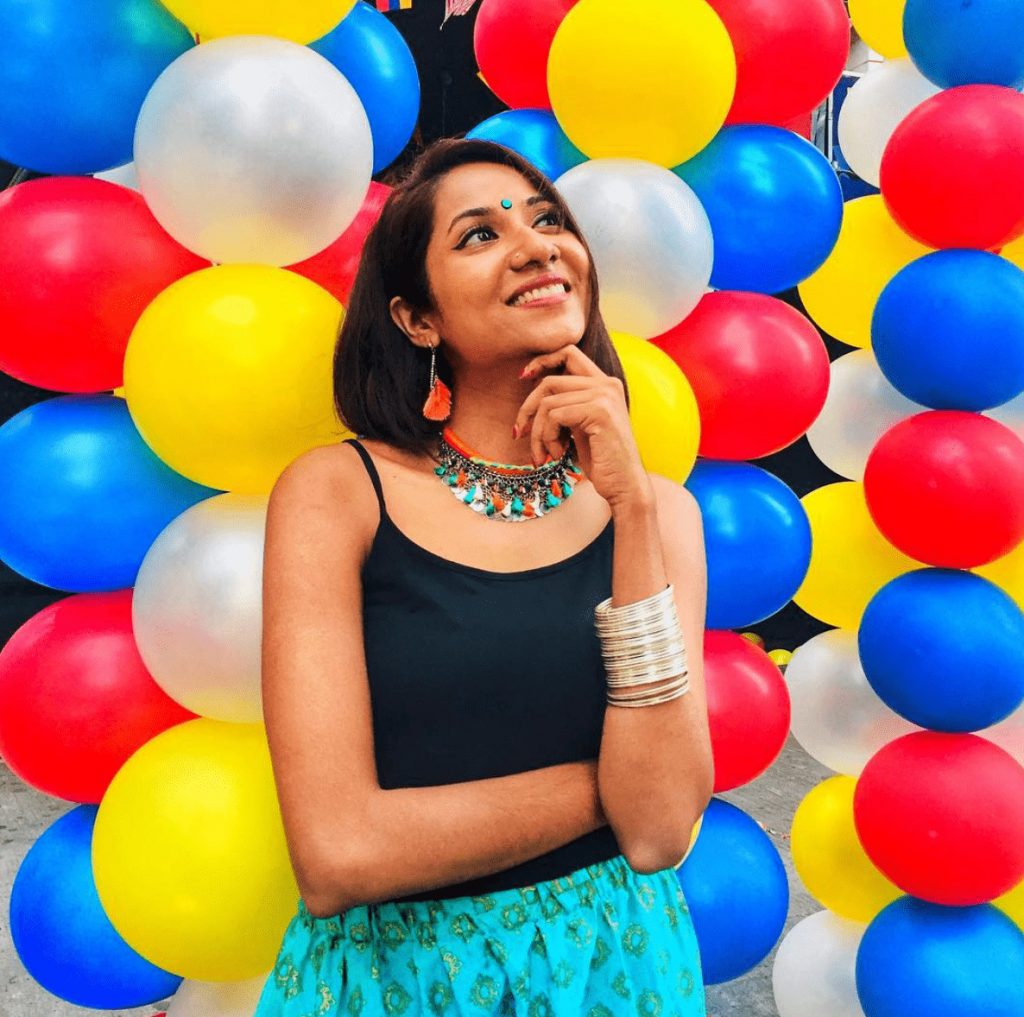 Karthine Maniam is a graphic designer and self-taught henna artist who spreads positivity through her love of vibrant hues and work of art. She is highly sought-after for her intricate henna art and how she enjoys experimenting with henna outside of the traditional motifs and textures. Karthine has swapped the ‘paisleys’ for ‘Padaiyappa’ and ‘flowers’ for ‘KL city skyline’. This time around, Karthine has decided to use her art to pay an ode to Avenger’s End Game and Game Of Thrones. A few days ago, she shared a henna art of the Avengers that featured Black Panther, Iron Man, Doctor Strange, Thor and many more, in a post captioned, “I HAD to create this piece after watching the End Game! Which is your favorite superhero and why?”. This image quickly gained popularity and has been liked over 3,300 times. 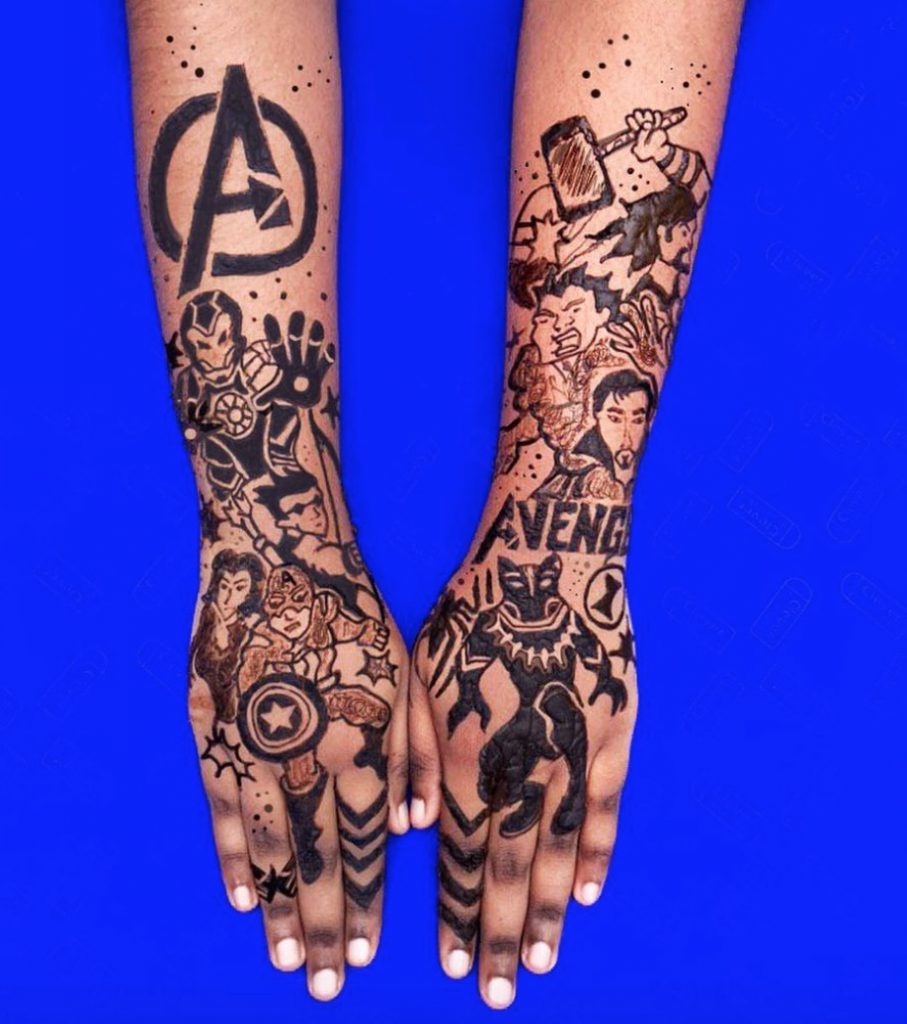 A few hours ago, Karthine posted another henna art, this time for Game Of Thrones fans. The HBO fantasy drama has amassed a huge fanbase across the world and Karthine has managed to capture all that excitement in a henna art that featured Khaleesi, Jon Snow, Arya Stark and Tyrion Lannister. 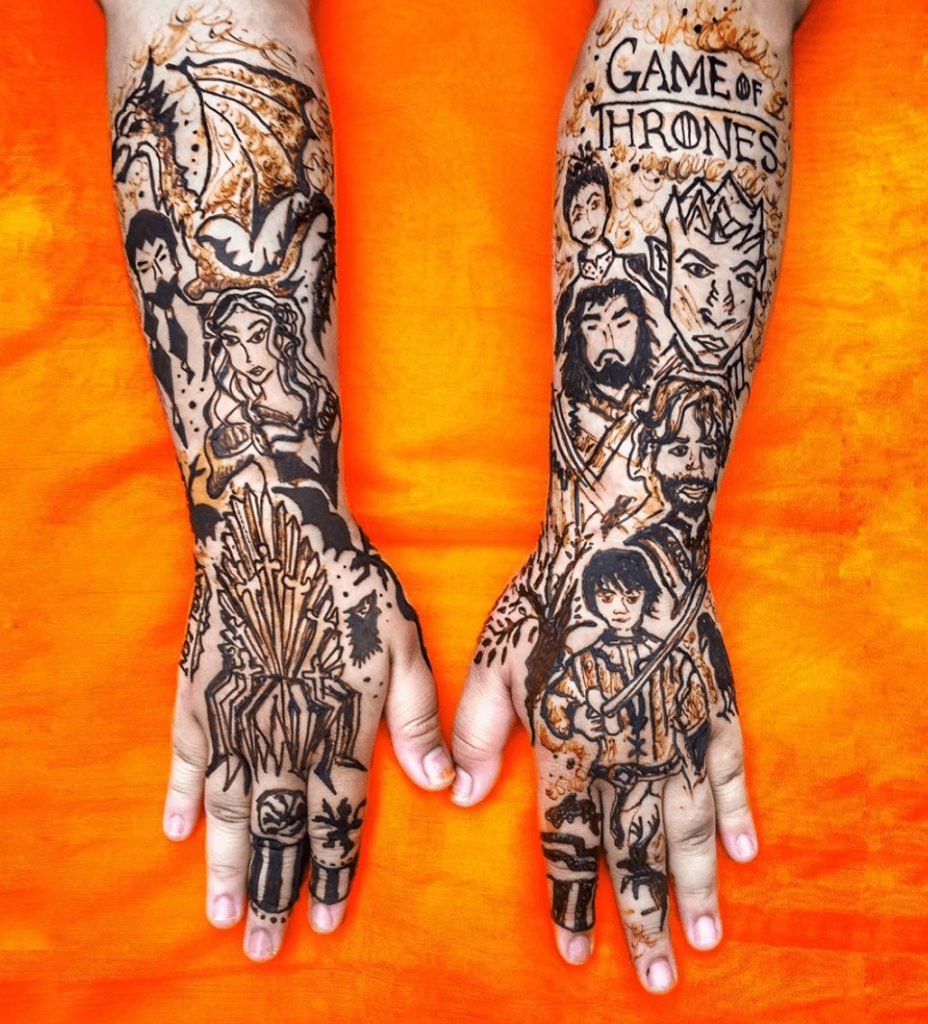 All we have to say is, “Winter is coming. Avengers… Assemble”.