On the birth anniversary of the late MGR the Thalaivi team has revealed the first look of actor Arvind Swami as Makkal Thilagam MGR. 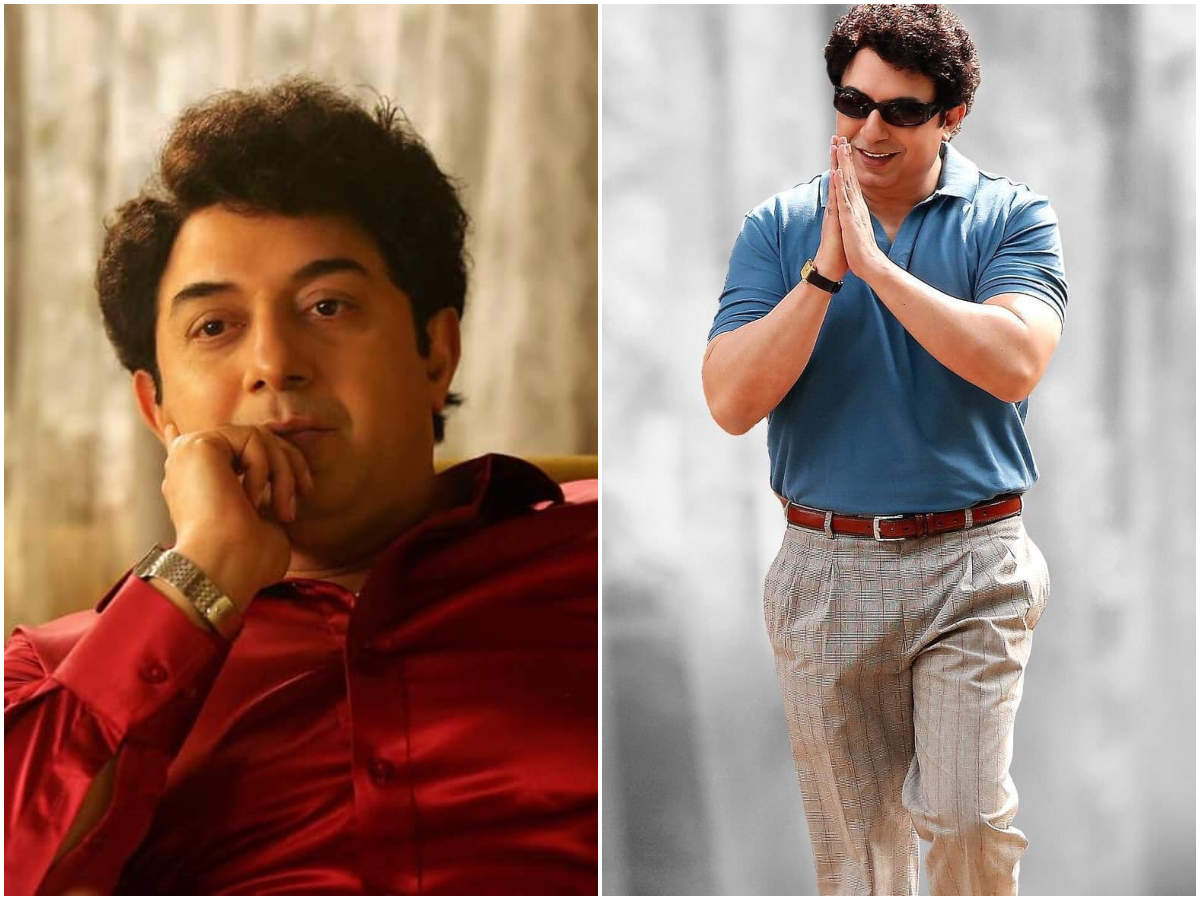 Two pictures were released, and the resemblance is uncanny. The actor took to his Twitter to share the first look. 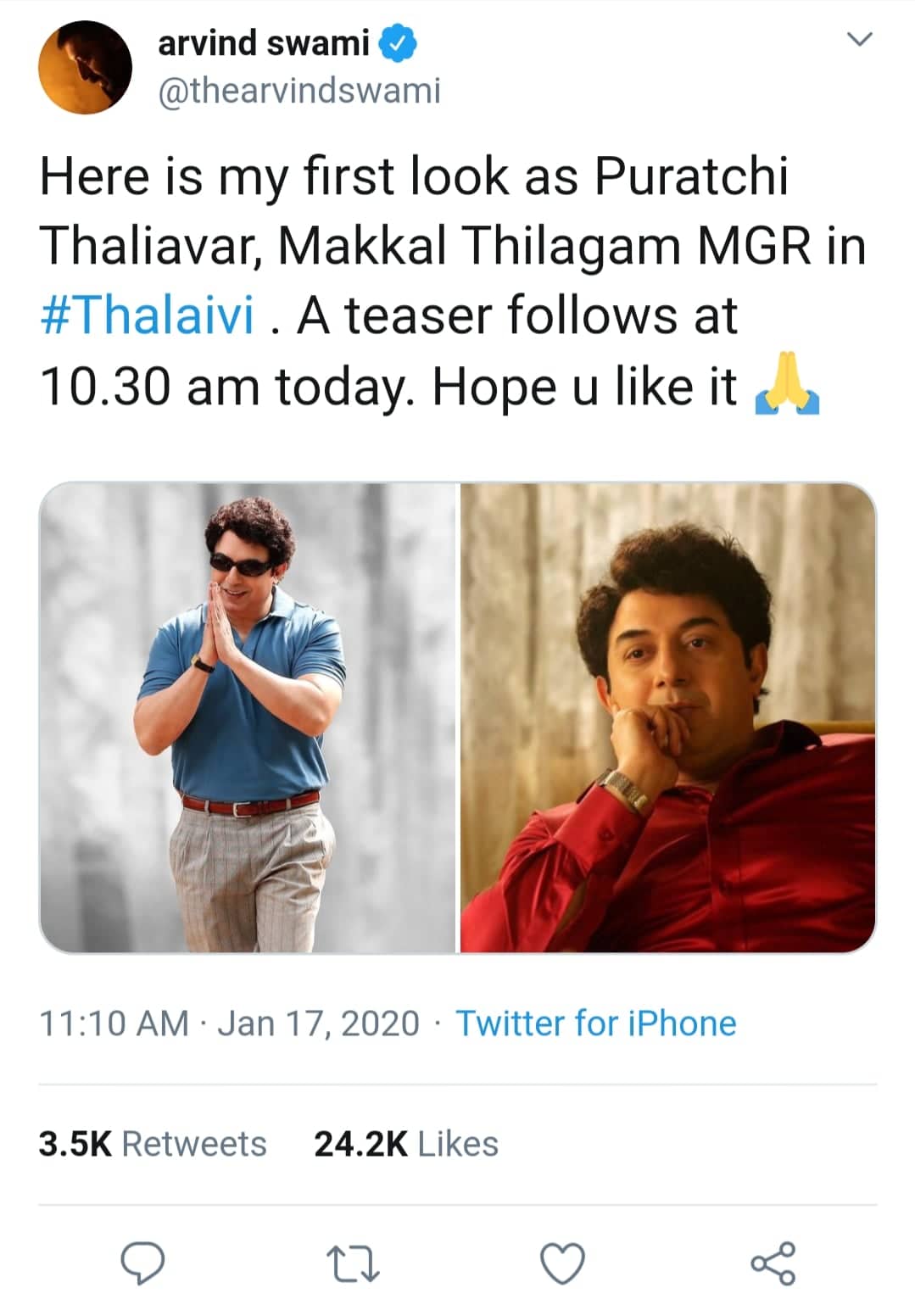 Director Vijay has mentioned that about Arvind’s role and importance in the film, and also added, “Amma had mentioned in an interview that the two most important people in her life were her mother and MGR. We’ve ensured that we do everything possible to get MGR’s portrayal right on the screen. Arvind Swami has transformed himself completely to fit into the role. He started prepping for this role some three months before we actually began shooting.”

So far, the team has revealed that the film will hit the screen 26th June 2020.