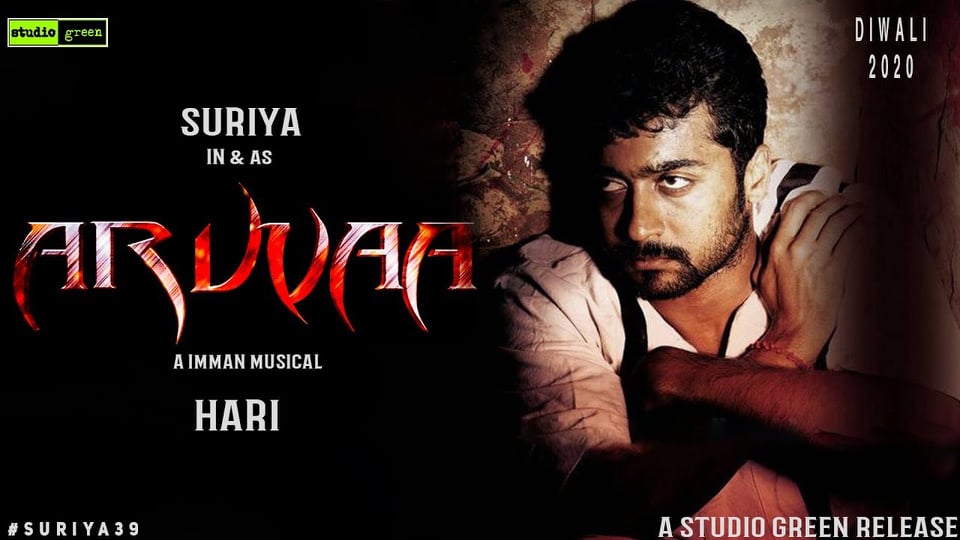 Aruvaa is going to be the big Deepavali film this year!

Actor Suriya has announced his upcoming action thriller title, and his fans are delighted. This will be Suriya’s 39th film and the actor will be teaming up with longtime collaborator Hari. The two will be working together for the sixth time after the blockbuster series Singam.

As per the statement, the shooting will commence in April. Aruvaa produced by K.E. Gnanvel Raja on behalf of Studio Green pictures and music director D Imman, will be joining hands with the actor-director duo for the first time.