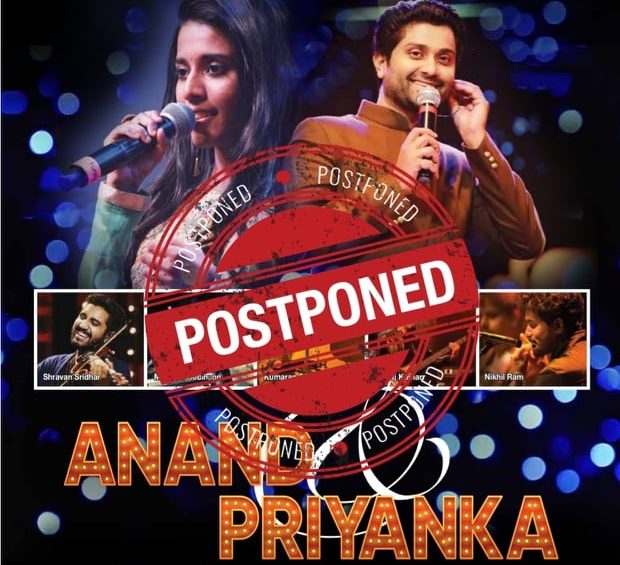 Asia Weaves, the organiser of Anand & Priyanka Up Close & Personal has announced that the concert has been postponed.

The event that was scheduled to take place on the 29th of March at the Shantanand Auditorium, Temple of Fine Arts, KL has been postponed to the 9th of August due to COVID-19 concerns. The concert will take place at the same time and venue. 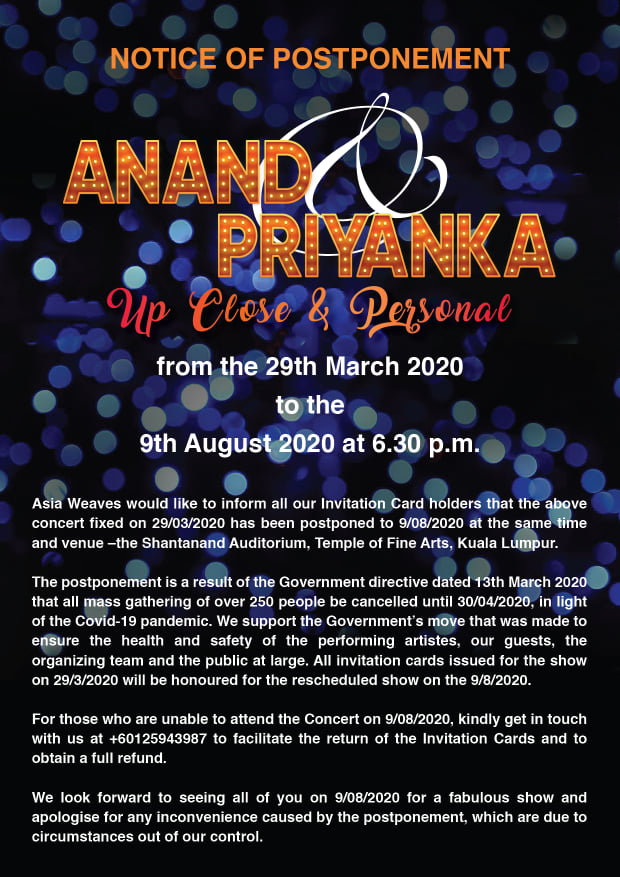 Earlier today, the organisers released an official statement via their Facebook page informing ticket holders of the postponement, citing health and safety concerns.

The organisers further assure concert goes that all tickets already purchased will be honoured for the rescheduled concert date in August.

Those who will not be able to make it on the new date can obtain the whole refund by contacting the organisers at +60125943987.