The High Court has set July 10 for a decision on six accused in the murder of Deputy Public Prosecutor Datuk Anthony Kevin Morais, whose body was found in a barrel filled with concrete five years ago. Judge Datuk Azman Abdullah set the date after the submissions by both parties at the end of the defence case on Thursday (June 11). 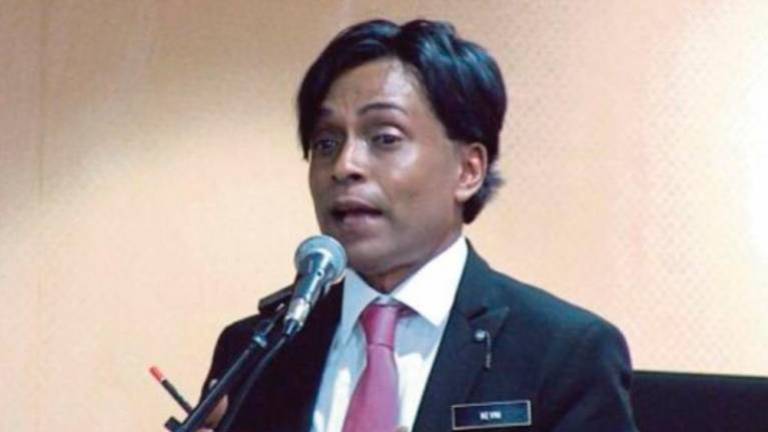 The trial began on April 6,2016, with 84 witnesses, including 14 from the defence, called to testify. Lawyer Datuk N. Sivananthan, representing pathologist Colonel Dr R. Kunaseegaran, 57, who is the first accused, in his submission, among others, said that the evidence presented by the prosecution was insufficient to convict his client with the murder charge and that the motive raised by the prosecution did not prove his client was guilty.

“The motive raised by the prosecution is that the first accused (Kunaseegaran) allegedly held a grudge against the deceased and had planned and carried out the assassination of the deceased is fictitious and (based) on assumptions.

“In fact, the first accused testified during the defence that the deceased had actually helped him (in another case in the Shah Alam Court), ” he added.

He said even prosecution witnesses never claimed that his client had quarrelled, uttered any abusive remarks or expressed dissatisfaction with Morais, and that the investigating officer himself had confirmed that there was no evidence in the case to show any dispute between his client and the victim.

The lawyer said that there was no evidence provided by the prosecution to support the use of Section 34 of the Penal Code, because in proving that section, the prosecution had to show a joint intention among all the accused to commit the offence.

“It is an undisputed fact that the first accused was nowhere to be found in connection with the murder and disposal of the deceased Kevin Morais on Sept 3,2015 and Sept 4,2015, in addition to the record of the first accused proving that he was in the Klang area on the day of the incident (Sept 4,2015) and the phone records show that the first accused had never communicated with any other accused during the assassination and at any time,” he added.

Lawyer Datuk Sheelan Arjunan, who represented the other five accused – R. Dinishwaran, AK Thinesh Kumar, M. Vishwanath, S. Nimalan and S. Ravi Chandaran – raised the question of the existence of unknown DNA (deoxyribonucleic acid) derived from a wire used to bind a gun in which Morais’ body was found.

“According to the testimony of the chemist, he claimed to have tested the DNA with 11 detainees including the DNA of all the accused.

“This is the question of whose DNA is on the wires – there is a possibility that the DNA is that of the actual killer, and if the accused had indeed killed the victim, their DNA would be on the wire. The DNA of the unknown person shows that there is another individual involved.

He said the accused should “unite” to oppose the prosecution’s argument, but they had blamed one another when giving their evidence.

“The fact is that the prosecution’s ‘ammunition’ cannot be rebutted (by the defence) and there was no conclusion unless the prosecution succeeded in proving the case under Section 302 of the Penal Code,” he added.

On the existence of the DNA of an unknown person, Wan Shaharuddin argued that the court cannot ignore other evidence that had been adduced in court.

“The defence did not specify the testimony by the chemists that the DNA is weak. The chemist testified that many people handled the sack, among them the police, Civil Defence Department, where some of them wore gloves and some did not. The wire did not kill the victim, it only exists after the incident (murder).

They were charged under Section 302 of the Penal Code, read together with Section 34 of the same law, and face the mandatory death sentence if convicted. – Bernama

The new norm of travelling ain't gonna be a piece of cake. Gone were the days where we would excitedly...

Being an entrepreneur comes with an array of blood, sweat and tears and one can only imagine the months or...

Two empowering Malaysian university students Sahana Kaur and Mogesh Sababathy will be part of a great climate change effort by...