Mira Filzah You Look Absolutely Beautiful in A Lehenga! No Apologies Needed

Nur Amirah Filzah Badioezaman, known by her stage name Mira Filzah is a well known Malaysian actress, model and host that has been trending all over social media as she uploaded a clip of herself donning a lehenga and lip -syncing to a Hindi song.

A Twitter user , Eashwarya Andy (@eshwaaaaarya) commented on how Mira profits off the Indian culture by wearing the traditional outfit.

The motive intended for good, however took a bad turn attracting an outrage of backlashes and negative reactions from fans.

Immediately, upon the backlash caused by the event, she expressed her apology by clarifying, “I’ve always been a fan of Bollywood movies since I was small. I even memorised all the songs and Googled the lyrics to understand the song deeply.”

She explained how she has always been a fan of Bollywood and adored the full on bridal lengha and wished to done it since a child, “As a huge fan of Bollywood, it’s always been my dream to wear a full lehgha (traditional Indian wedding dress) just like Madhuri Dixit and Aishwarya Rai. When I received the offer for the commercial shoot, the image of Aishwarya Rai’s coloured eyes came to mind. So, I was the one who suggested the Bollywood theme to the brand owner. 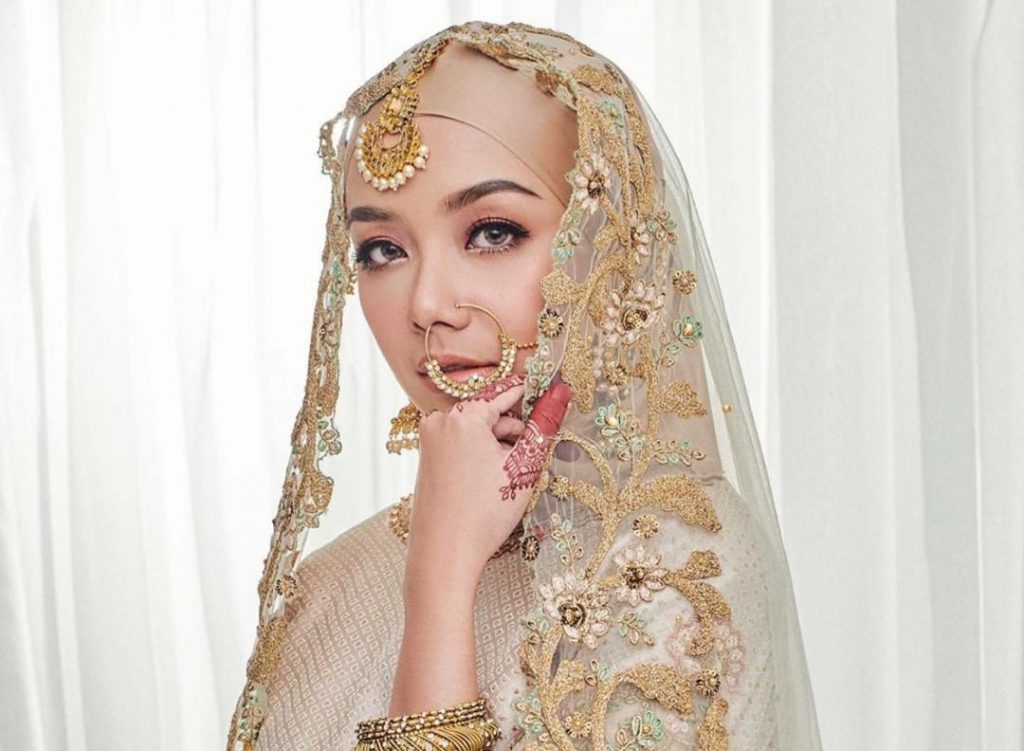 The renowned actress whom has made debuts in movies like Sarang that garnered a place at an International OTT platform, Netflix, replied to fellow Malaysians stating that “Again, there’s no intention at all to gain any profit from the Indian culture itself. I’m just a die hard fan of Bollywood and I am sorry if you think what I did was wrong,” clearly wanting to resolve matters sooner.

Mira was extremely humble and dealt the matter with mere professionalism and humbleness.

After valid clarification made by Mira Filzah, Eashwarya, took to her personal account to apologise to the actress upon the negative reaction it provoked among netizens due to the misleading information accusing the actress for wearing an traditional indian outfit to promote her product.

Though both Mira and Eshwarya have evidently achieved good terms, the subject is still being the talk of the town especially by netizens.

Twitter user @MinJoohyun has recently confirmed that the designer for Mira’s dress is supposedly an Indian Muslim, supporting Mira’s motives.

https://t.co/yfqgoJaELg
She need to apologize too

Homegirl just getting married and instead of celebrating her happiness, she was forced to do whole sejarah explanation as to why she chose to wear that lmao

As Malaysians, we should appreciate the fact Mira Filzah embraces our traditional outfit  with such elegance and pride!

Rihannna was seen rocking a lavender jade pendant of Hindu deity, Lord Ganesha to match the rest of her outfit....

The Kurung Modern Saree: An Offensive Appropriation Of Indian Culture

Over the weekend, a photo advertising the 'innovative' designs of the Baju Kurung seeped through our society in the form...