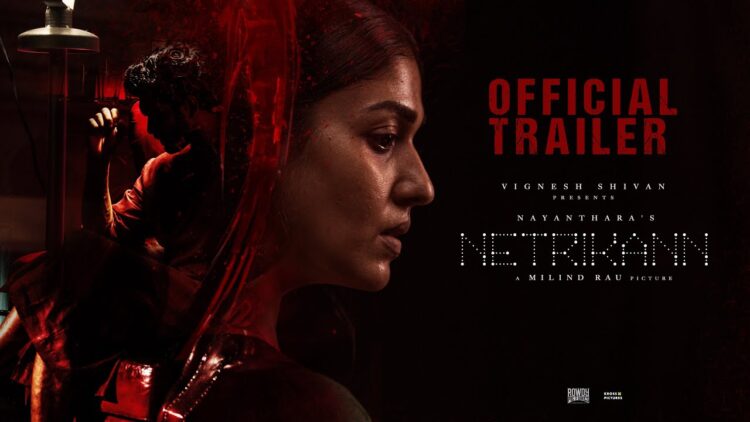 After the success of Darbar and Mukkuthi Amman, Nayanthara has more projects in the works that have yet to be revealed, and guess what? One of her completed projects, Netrikann’s trailer, is out now!

It is stated that this will be an OTT release. The makers of Netrikann have announced that the streaming rights to the film have been sold to Disney Plus Hotstar in four languages: Tamil, Telugu, Kannada, and Malayalam.

This film, directed by Milind Rau and produced by Vignesh Shivan, will be released on Disney Plus Hotstar on 13th August. This film also marks Vignesh Shivan’s debut as a producer under his Rowdy Pictures banner.

According to some reports, the thriller has a feel closely related to the Hollywood hit Don’t Breathe, while others claim that the film is based on the Korean film Blind. However, no official statement has been issued on the subject.

The trailer, on the other hand, shows Nayanthara speaking to the police and claiming to have ‘witnessed’ a murder. Meanwhile, Ajmal has kidnapped, raped, and murdered 12 women. Nayanthara reports her findings to the police so that they can apprehend him. Will the hunt for the killer be a success? Will the murder mystery finally be solved?

Have you seen the trailer yet? If you haven’t already, then watch it by clicking below!