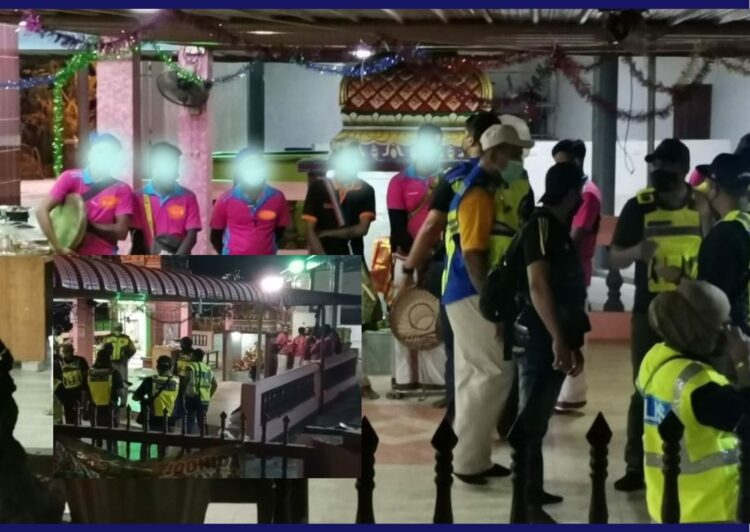 Recently a post relating to the Urumi Mellam group has caught the attention of many netizens.

Eight youths who played Urumi Melam at Taravetti Kovil, Sungai Petani have been compounded RM1000 each for playing melam at the temple.

Many netizens expressed their anger and disappointment in the comment section with some stating that it is not fair to treat and disrespect the worship place.

According to the post from Arun Dorasamy’s page, the youths sought permission in the afternoon for 10-15 minutes from PDRM before they went to play that evening.

There were other groups that have been seen playing Urumi/Tappe for other VIPs there assumedly with the permission from PDRM within the temple compound throughout the day.

Following this issue, Arun Dorasamy, a legal unit member from Agamam Ani Malaysia on his socials claimed that the health ministry had indicated that it was to withdraw the 8 summons against the boys.

It also has been mentioned that two boys from the 8 members were physically hurt and are currently seeking medical assistance. It was further claimed that an Indian police officer who was present had been seen kicking the Tappe. Tappe is considered as Goddess Saraswati and kicking it is unacceptable.

Arun Dorasamy demands an answer from the authorities. He mentioned, “I was told that the Malay officers at the scene and at the Balai (police station) were very accommodative and polite.”

“This is common, we see many of such cases of our Indian officers handling Indians. We need no special treatment but decency in handling especially things related to culture & religion, refrain from unprofessional verbal abuses and intimidating gestures against suspects,” Arun stated.

His team will be meeting all the boys and the affected devotees over the weekend to enquire further information about the untoward incident.

“We are considering various forms of legal and integrity options against the officer(s) at this time as we are taking it to multiple parties including at the Bukit Aman level.”