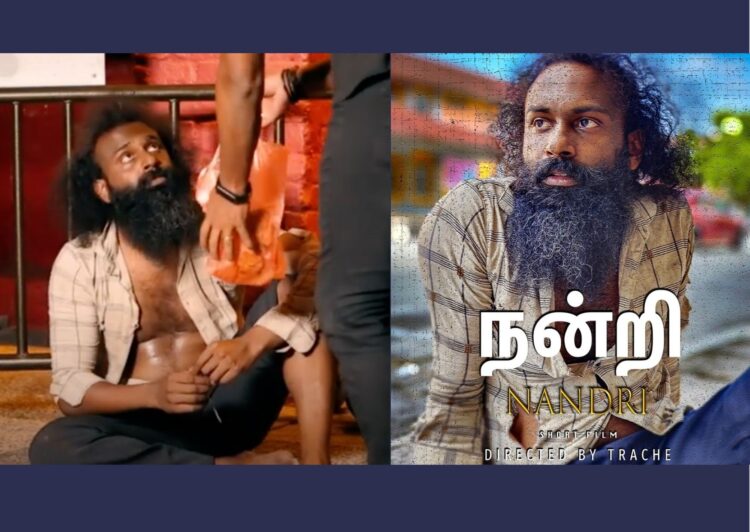 We frequently encounter people in ragged clothes asking for food and money at various traffic light junctures or even at shoplots. On the other hand, due to unavoidable circumstances we slide down our car windows to offer them whatever it is that we want to give them. Maybe because of the rush that we are ourselves caught up in, it’s not very usual that we think of these people and their not-so-rosy lives.

But, a young talented girl who goes by the name of Trache, has shared the story of a beggar man who displays the importance of humanity in our life through a short film aptly titled Nandri ( நன்றி) and it is now going viral on social media.

The 6-minute short flick is most relevant in today’s time. Thiriloschenan’s performance outshines in displaying complex emotions in particular scenes. Hats off for that!

Since the short film was released on Facebook and YouTube, the film has gotten an overwhelmingly positive response from the audiences. Despite everything plaguing the world today, this short film portrays that there’s much more truth that we as humans are blind to.

Kudos to the entire cast and crew members who have shed their tears and sweats to produce such a meaningful short film.