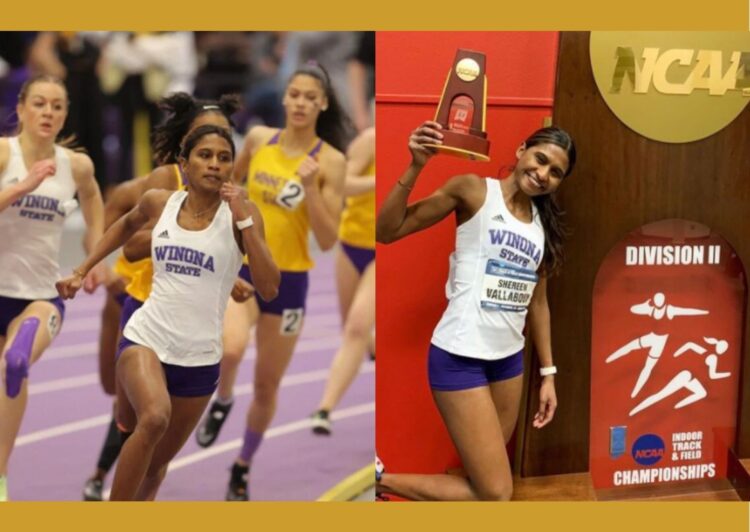 Last Saturday (12 March), Shereen Vallabouy, a Malaysian student studying in the United States, made everyone proud by winning the Division II national championship for the women’s 400-meter sprint.

This was a remarkable triumph for her since she defeated roughly 300 teams and over 1,000 individual athletes in the women’s indoor 400m title at the opening of the 2021-22 US National Collegiate Athletic Association (NCAA) Division II track and field season.

The extraordinary performance of the 23-year-old was followed by an excellent indoor campaign in which she ran 54.94 last month, breaking the 12-year-old Northern Sun Intercollegiate Conference record.

According to FMT, this young sprinter is the first Malaysian female runner to smash the national record of 54.58 set by Noraseela Mohd Khalid in 2006.

Being the first international student-athlete to accomplish this feat, Shereen who is the youngest daughter of Malaysia’s distinguished middle-distance running couple, Samson Vallabouy and Josephine Mary, also received great accolades in the US for her record-breaking senior season.

Previously, the daughter of the former Olympian won bronze medals in the 400m and 4x400m relay in the 2015 SEA Games and was a member of the bronze-medal winning 4x400m relay team at the 2017 SEA Games.

We wish you the best of luck in your future endeavours!