The trailer of Vishnu Vishal’s FIR – Faizal Ibrahim Rais was released on the 26th of January 2020. The film is getting ready for a worldwide release in August 2020. The film has been directed by debutante Manu Anand, a former associate of Gautham Menon and produced by Vishnu Vishal himself. 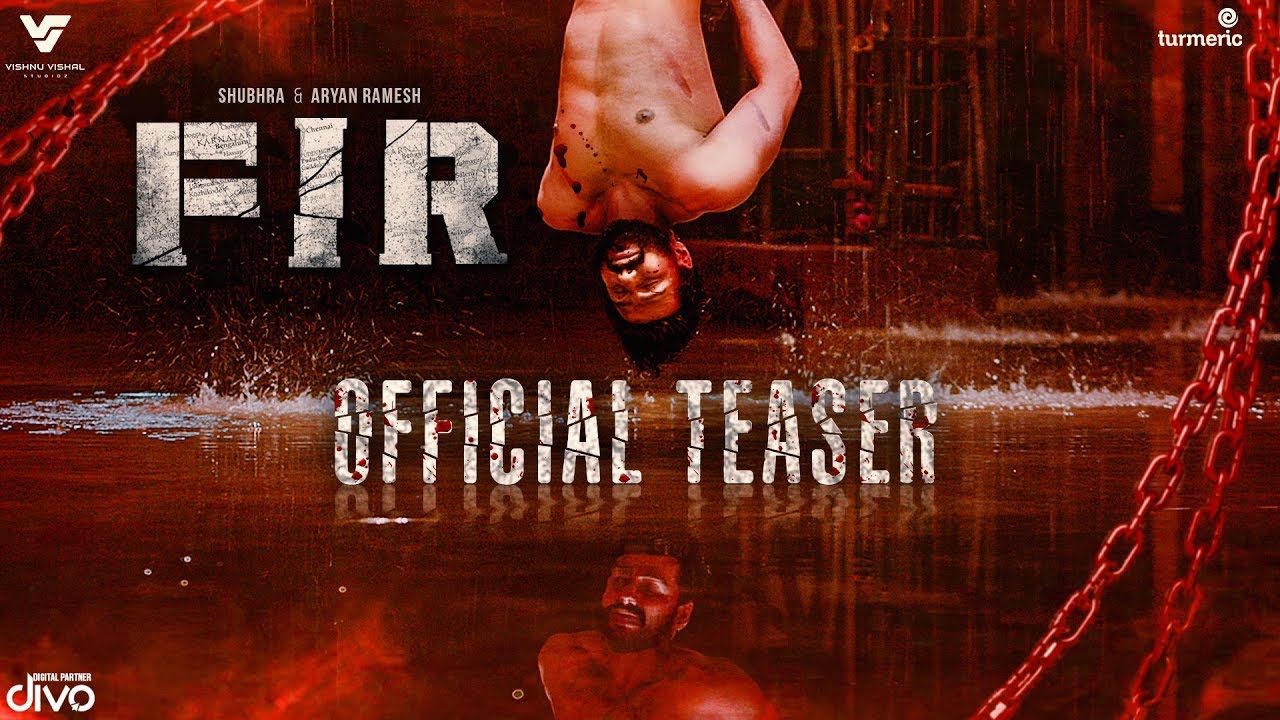 The first look poster and motion poster of the film which was launched earlier featured Vishnu Vishal chained upside down, bare chested and bearing bruises, along with various news headlines reporting terrorism.

Vishnuu Vishal Studioz took to Twitter to release the poster. 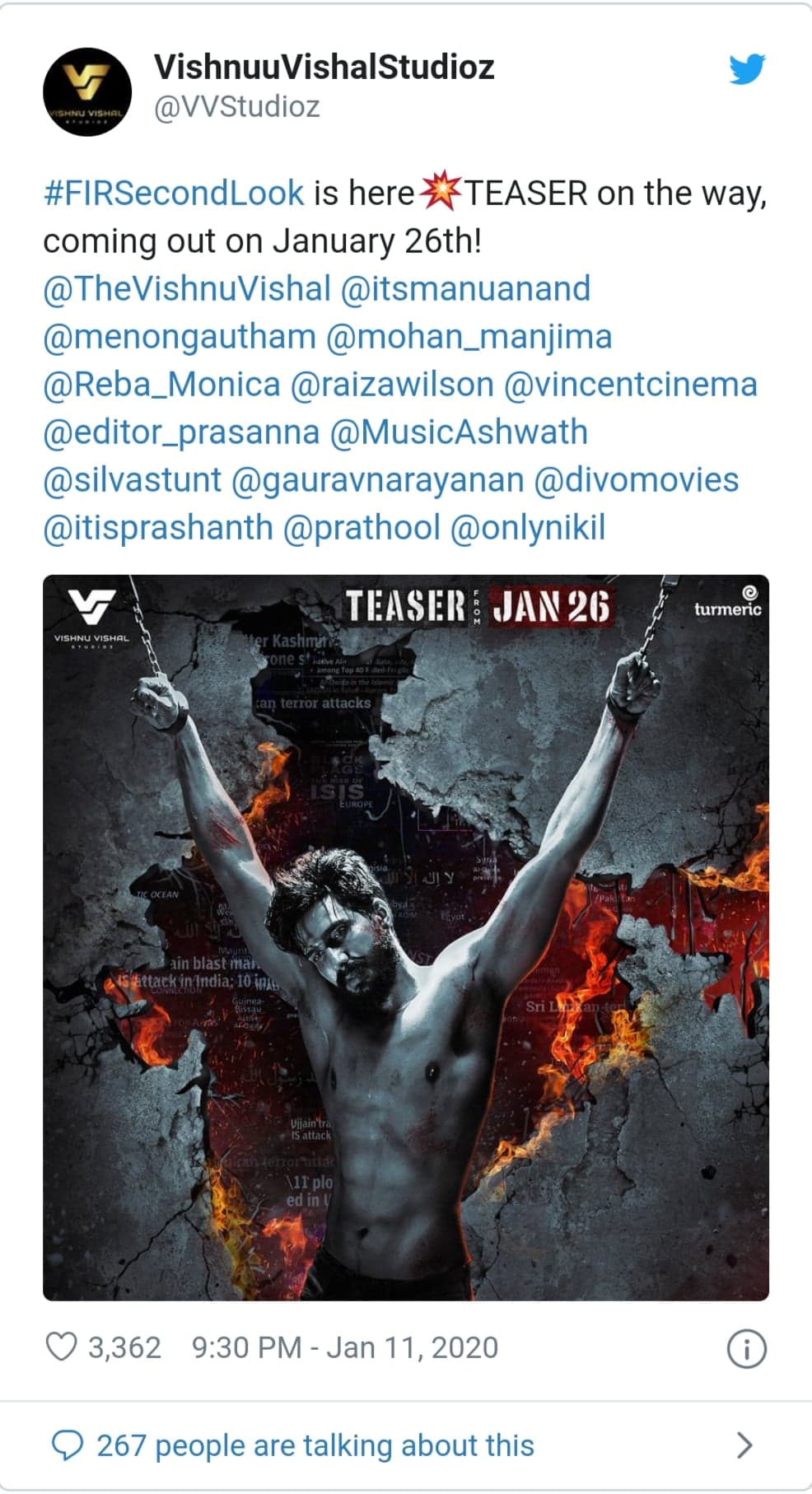 FIR will also star Manjima Mohan, Raiza Wilson and Reba Monica John. Arul Vincent will be handling the cinematography, N Ashwath and Prasanna GK will take care of the music and editing, respectively. Stunt Silva will be choreographing action sequences for the film.