Lest we forget. "History is not was, it is," - William Faulkner.

We celebrate our 64th Independence Day, today.  “Hari Merdeka” memories to us Malaysians is a joyous occasion where Malaysians from all walks of life congregate at Merdeka Square (Dataran Merdeka) to commemorate the momentous chapter in the history of our nation. However, this year, the celebrations are more sombre as the nation battles against the Covid-19 pandemic. Since March last year, almost 2 million Malaysians have been infected with this deadly virus and 16,087 Malaysian lives have been lost.

Nevertheless, In the spirit of “Merdeka”,  we bring you an article of a leading Indian leader who played a prominent role in the independence movement in Malaya.  The Gen-Y and Gen-Z group in Malaysia may only have a vague idea of who Tun V.T. Sambanthan was, while the Gen-X group might only link his name as an influential person in Malaysia and with a prominent road in Brickfields. The silent generation, baby boomers and the early Xers (born in the mid 60s close to boomers) would have been way more familiar with his legacy and contribution to our beloved country. His memory kept us alive for the contributions he made for Malaysia’s independence and the unification of the country’s diverse society.

How many of us actually know that the late Tun V.T Sambanthan was an acting Prime Minister for a day? That historical day fell on the 3rd of August, 1973. Tun was asked to step in as acting prime minister for one day when both the prime minister and his deputy were out of the country at the same time.

Only a small number of Malaysians are aware that once upon a time, there was an Indian Prime Minister in Malaysia. Let’s take a walk down memory lane on the significant contributions made by the late Tun. 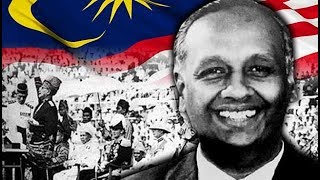 Tun Thirunyanasambanthan  s/o Veerasamy, fondly known as V T. Sambanthan were among the most prominent Indian leaders involved in the Malayan independence movement. The Sungai Siput native was a pioneer rubber planter who owned a number of estates. Known as a bright student and an avid sportsman among his schoolmates, he obtained his early education at Clifford High School in Kuala Kangsar, Perak.

His early involvement in politics which spanned a good 25 years has always been the ideology of unity amidst diversity. Along with Tunku Abdul Rahman and Tan Cheng Lock, he became the fifth President of the Malaysian Indian Congress (MIC) and one of the nation’s founding fathers. While serving as the president of MIC from 1955 to 1973, he worked with various ministries including Labour, Health, Works, Posts and Telecommunications, finally with the National Unity ministry.

On 14th August 1954, Tun Sambanthan established a primary school which was named Mahatma Gandhi Tamil School for students who were staying at the estate. The school was officially launched by Vijaya Lakshmi Pandit, the younger sister of the first Indian Prime Minister Pandit Jawaharlal Nehru. Not only did the school provide education to kids from the rubber estates, but Tun made it a priority to also provide public transportation to students who will have to continue their higher education in the town area.

Throughout his journey, he made several reforms among Indian plantation labourers in his own way. He advocated for the introduction of English lessons in Perak Tamil schools and the transformation of the South Indian Immigration Labour Fund into an education fund for the children of plantation workers.

While serving as MIC’s president, he contributed to the party’s financial strength by selling approximately half of his father’s 2.4 sq km of rubber estate to help the Indian community and to increase party funds as well.

MIC’s ultimate problem during his leadership was the fragmentation of estates, which was the source of income for almost all Indian workers. To aid in the fragmentation, the party supported cooperative attempts to acquire estates and prevent employees from being evacuated. In 1955, just months before the first federal elections, Tun Sambanthan took over the leadership of the MIC, amid a period of turbulence in the party.  He didn’t always delight his supporters, but he was able to gradually bring a party with significant internal divisions together.

In between his political involvement, the late Toh Puan Umasundari entered our Tun’s life and both of them tied the knot in May 1956.

Tunku Abdul Rahman, together with Tun Tan Cheng Lock and Tun Sambanthan, traveled to London in 1955 to discuss Malayan independence, which was set for August 31st, 1957. He underwent a personal metamorphosis during the final constitutional negotiations in London. Tunku Abdul Rahman stated that Tun Sambanthan had required good attire while in London for the constitutional discussions.

When Tun Sambanthan was elected to the Federal Legislative Council, he donned a dhoti, a behaviour that was considered forbidden during the British occupation time. Despite the controversy, he justified his decision by stating that;

Can you believe that his traditional Indian attire remained intact even after he was appointed as Minister of Labour following the elections in 1955.

Sambanthan emphasised that Malaya was a multiracial society in great reverence;

We dwell in a plural society, and we must constantly remember that psychology has its own position in that society. It’s insufficient to have an optimistic response about an issue. It needs to take into account what kind of reaction, what kind of impact it would have on people of other communities.

His spouse, Toh Puan Umasundari Sambanthan served as the chairman and director of the National Land Finance Cooperative Society (NLFC), from 1980 till 1995 and president in 1995 and 1996. Decades have passed since the passing of our unsung hero, it was a great loss to the country, and especially among the Indian community.

Let’s watch an award-winning documentary which depicts on Tun V.T Sambanthan’s contributions towards our country:

31st August 1957 brings different memories and meanings to those who experienced it!

May we all continue to foster unity and harmony as Malaysia develops and prospers further. Wishing all Malaysians a Selamat Hari Merdeka!

The Blessing Of The Festival Of Lights; Prisoners Treated To Delicious Deepavali Goodies By MIC’s Saravanan

Deepavali joy is meant to be shared. Its always a delight to put a smile on someone else's face especially...

Grief is the price we pay for love.  Tan Sri M.Mahalingam, the former Vice President of the Malayan Indian Congress...

We've gone from July to August in a flash! It is an understatement to say that the pandemic has thrown...

Independence Day holds a unique feel here in Malaysia compared to other countries around the world due to our diverse...