A video of two kaalai maadu (bulls) struggling to pull the Thaipusam chariot has gone viral on Facebook and earned the wrath of netizens.

The video shows both bulls trying their hardest to pull the 127-year-old chariot and failing because of the amount of weight on the chariot. Footage show their mouths foaming and the bulls appear to look extremely fatigued.

Many Facebook users lashed out at the 15 people on board the chariot, criticising them for exploiting the bulls and showing no compassion.

“How can 2 cow pull a thaipusam chariot with 15 buffalo on that chariot? Never seen this kind of incident,” one Facebook user commented.

“This is animal cruelty. Thaipusam in Malaysia. The Cow is force to pull the chariot which is tons of heavy weight,” another Facebook user said.

This is animal cruelty. Thaipusam in Malaysia. The Cow is force to pull the chariot which is tons of heavy weight.

Here’s another footage from Georgetown earlier that day:

We are about dogs but we are posting this here with the hope that someone can talk some sense into the people of the Penang temple. This was during the recent Thaipusam. The cows were not only pulling the chariot but had to also pull the weight of the many men on the chariot. One of the cows were foaming in the mouth. Dear temple people, please use a lorry in future instead of making these animals suffer like this. 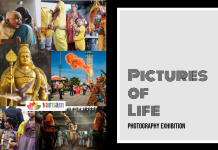 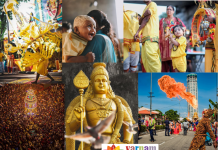 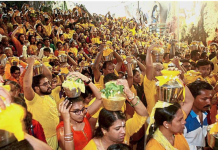 Thaipusam and the Coronavirus – Should You Be Worried? 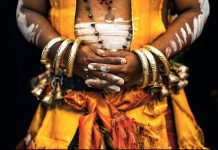 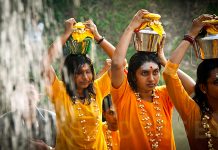 Thaipusam: The Vel, Kavadi and Piercings 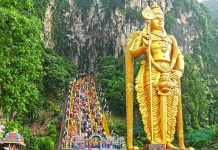