Vetri Maaran Announces The Title Of His Film With Suriya! 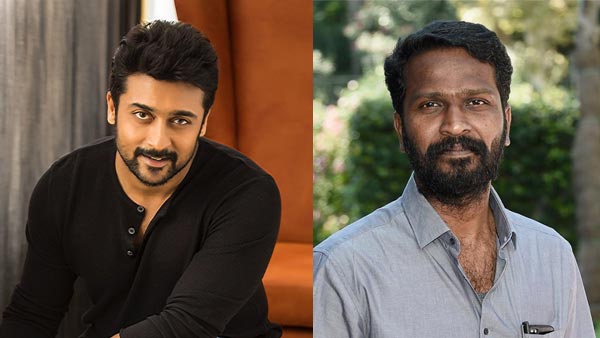 Suriya has an upcoming film Soorarai Pottru, directed by Sudha Kongara Prasad. The film is based on the life of Air Deccan founder GR Gopinath.

A few weeks ago, Suriya dropped the bomb when he announced that he has teamed up with Vetri Maaran for his next film. At a recent award show, director Vetri Maaran announced the title of his film with Suriya. He said that his film has been titled Vaadi Vaasal.

Vaadi Vaasal will be produced by Kalaipuli S Thanu under his own banner V Creations. Back in 2017, he had secured the rights of a literary novel titled Vaadi Vaasal, written by Tamil writer CS Chellappa. The film is said to be based on Jallikattu sport, practised in Tamil Nadu.

Reportedly, Vetri Maaran will begin Vaadi Vaasal only in the second half of 2020. He has earlier signed a film with actor Soori, which is based on a poem written by late Na Muthukumar. After wrapping up this film, he will begin work for his next film with Suriya.

Vaadi Vaasal will have music scored by GV Prakash, who hit jackpot with Asuran. As soon as Vetri Maaran made the big announcement, it has sent fans into a frenzy. Vaadi Vaasal is already becoming one of the most anticipated films of this year.

Well, we cannot wait to see the first look or teaser!