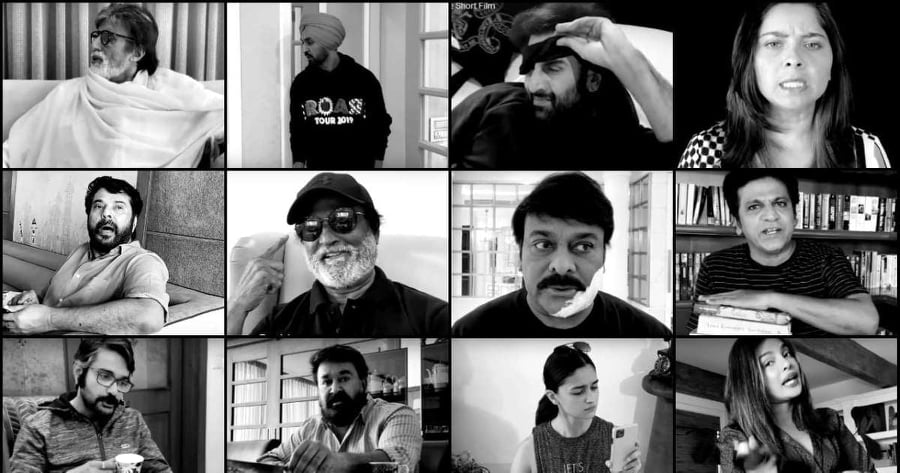 Film stars from all over India including Rajinikanth and Amitabh Bachchan have starred in a mini film, Family, that has an excellent message at the very end of it.

The clip, released on Sony TV earlier this week has now penetrated the many WhatsApp groups and has left many of us with smiles on our faces.

Multiple Indian languages were meshed together seamlessly in this video. The filming, done completely in black and white melds the various scenes together without needing much editing. This eliminated the concerns of differing backdrops, furniture and lighting.

We particularly enjoyed the simple script that doesn’t hammer the stay home, stay safe message, but is more about captivating the audience. Amitabh’s message at the very end tied the entire video together.

The film was directed virtually by Prasoon Pandey in collaboration with Sony Pictures Networks India, Kalyan Jewellers and Amitabh Bachchan. A lot of thought has been put into this piece, and we absolutely love it.