Who Will Arya Marry? Get To Know The Top 3 Girls On Enga Veetu Mapillai 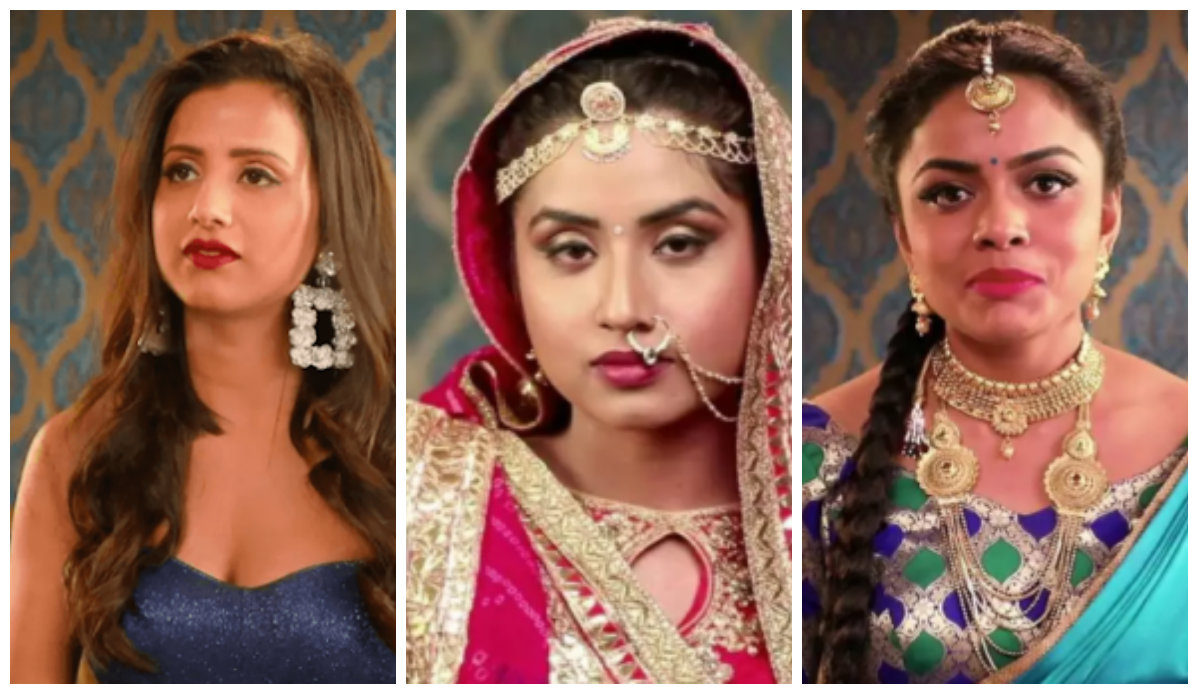 We are so close to the finale!!!

Arya made house visits to the Top 5 girls’ homes – Abarnathy, Swetha, Agatha, Seetha Lakshmi, and Susanna. The house visits were meant to help him get to know them, their family and friends on a more personal level.

On the latest episode of Enga Veetu Mapillai, it was time for Arya to make another round of elimination.

We were all on the edge of our seats as we watched the five remaining girls try their hardest to remain calm and collected in the midst of so much tension. 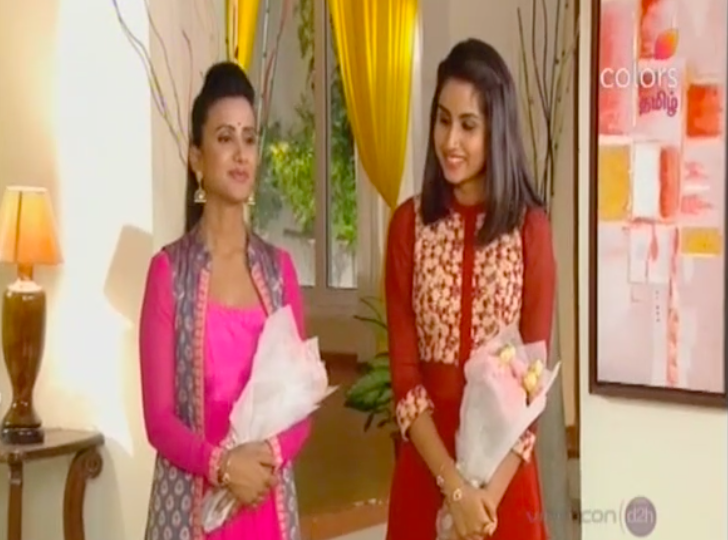 Susanna was the first girl to get called. She was joined by Agatha, but only after Arya said goodbye to Swetha. Arya decided to eliminate Swetha as he felt that they would be better off as friends. Both Abarnathy and Seetha Lakshmi were in the bottom two. Although the episode ended there, the teaser trailer for the next episode showed Abarnathy throwing a tantrum – so we’re guessing Arya finally decided to eliminate her.

Based on that assumption, the Top 3 finalists for Enga Veetu Mapillai are Susanna, Agatha, and Seetha Lakshmi. 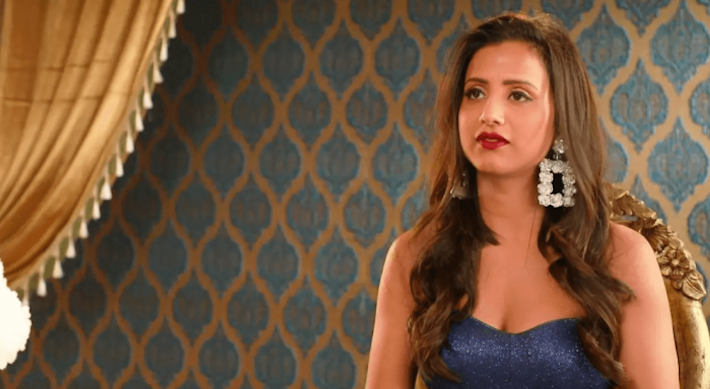 Susanna is a radio therapist from Canada. She always appears to be calm and composed during show, even when given a daunting task. Susanna is divorced and has a son named Naidan. Her divorce often becomes a topic of discussion as some of the girls question why Arya would want to consider marrying a ‘complicated’ person.

When Arya was asked about this, he simply responded with, “I think everybody deserves a second chance and a new beginning.”

He has also reiterated many times that her divorce is not a problem for him. In fact, Arya revealed that he himself almost got married once!

Arya has expressed great interest in Susanna, giving her a total of 3 Tokens of Love and bringing her on a hot air balloon date. In one episode, Shreya even complained that Susanna advanced too easily, sometimes without even trying.

Varnam’s Verdict: We like Susanna’s elegance and composed nature. She also seems to be the most matured one among all.

Agatha is an actress and freelance video editor from Bangalore. She is a hopeless romantic who believes in true love and finding her soulmate (very much like this writer ;) ). Arya and other contestants often describe her as a dreamy person because she is constantly day-dreaming about a fairy tale kinda love.

It’s no surprise that Agatha made it to the Top 3; she has been Arya’s favourite from the start of the show. She won the first ever challenge and scored a special dinner date with Arya. It’s plain to see that Arya has a soft spot for her.

Arya even planned a trip to the Taj Mahal just to surprise her. The moment they got there, he said, “I’ve always wanted to bring my girlfriend to the Taj Mahal.” Wait what now?! 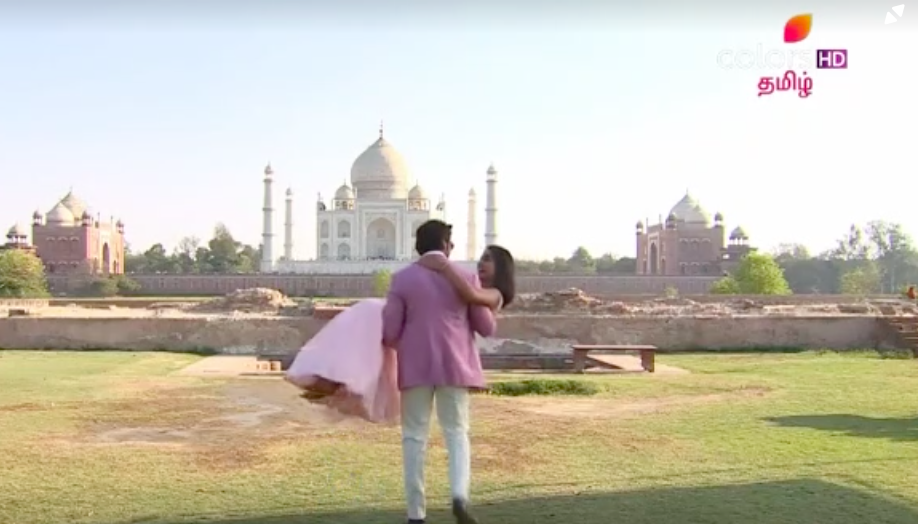 However, she doesn’t speak up as much as the other contestants and mostly just agree with whatever they say. In one episode, host Sangeetha asked her who she wanted to see eliminated from the show. Agatha replied with, “I don’t want anyone to get eliminated,” which sounds very much like she’s just trying to get into everyone’s good books.

Varnam’s Verdict: We think Agatha is slightly immature and possibly even just faking a front to impress Arya. However, we know that Arya likes her a lot, and that alone is enough for her to win.

Seetha Lakshmi is 25-year-old bank manager from Kerala. She appears to be very traditional and old fashioned. She made her debut on the show by presenting a coconut to Arya, making a promise that they will break it in a temple one day if all goes well. She also constantly talks about the moon and how it represents her love for Arya.

Honestly, we’re quite surprised that she made it this far. She is the only one in the Top 3 who has never won a Token of Love – which means she never won a challenge – and never scored a special date with Arya. However, Arya seems to enjoy her company (and innocence) so decided to let her stay and get to know her better. 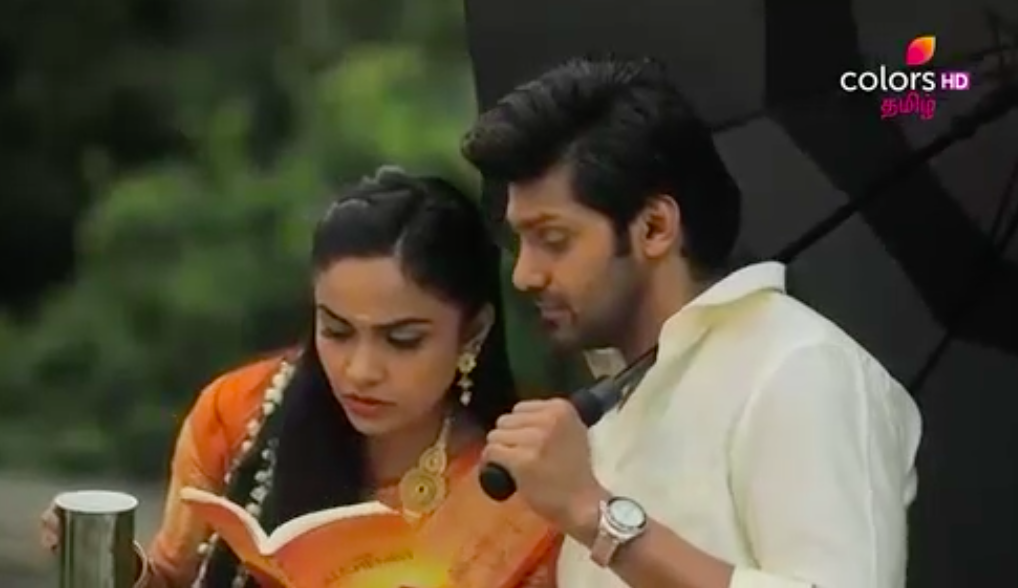 Seetha Lakshmi got her first date with Arya only when they were down to six girls and all the girls got to plan a special date for him. The two also enjoyed a romantic moment when he visited her place – they read a Paulo Coelho book by a lake, accompanied by hot coffee – and then it started raining and Arya held the umbrella for her. How sweet.

Varnam’s verdict: In the presence of Susanna and Agatha, we think that Seetha Lakshmi is going to have a hard time even making the Top 2 – let alone winning.