by Amy "Not" Jackson
17
SHARES
Share on FacebookShare on TwitterSend

A tale of young people and what happens to them when they neglect their education basically sums up the much-raved about local Tamil film, Vedigundu Pasangge.

Recently, Team Varnam caught up with the lead actor and producer of Vedigundu Pasangge, Denes Kumar, and director Dr. Vimala to chat about the film.

Varnam: Hi guys, thanks for joining us! Please tell us all about Vedigundu Pasangge.

Dr. Vimala: Vedigundu Pasangge is the final sequel to the trilogy. First one was Vilaiyattu Pasangge, which is about Malaysian Indian youngsters who are very playful and don’t pay attention to their education. Second one was Vetti Pasangge, it’s about the consequences you face when you neglect your studies. The youngsters find it hard to get jobs because of inadequate education. The third one, Vedigundu Pasangge, revolves around how people resort to crime to earn money – because they neglected their studies and couldn’t get a job.

We want to speak about the reality of the Indian community – but we don’t want to use a painful approach. We use cynical comments to get our message across, because no one likes taking advice. We want people to take education seriously, and choose their friends carefully.

Varnam: How did you come up with the story for Vedigundu Pasangge?

Dr. Vimala: The inspiration behind the story is simply our people. We observe the everyday Malaysian Indian and that’s how we came up with the characters in the movie.

Varnam: How difficult was the shooting process, especially since your crew had to come from India?

Dr. Vimala: We had to shoot the movie in two parts because we did a collaboration with India. And it definitely wasn’t easy, we had to divide the entire shooting into two parts. We started the first part of the shooting in March last year, and then our second part was done in August.

Varnam: Are you using all the same actors from the last two movies?

Denes: We’re introducing three new actors in this movie. Normally, we try to introduce new faces in all our movies. We want more people to come onboard, and if they’re new, they can learn from the senior actors. Also, we don’t limit our casting to people in KL – we held an open audition for all Malaysians to make sure everyone gets a chance! We also try not to reject everyone. About 60% of those who auditioned ended up being in the movie. We give them supporting roles, or use them as extras and so on.

Varnam: So, Dr. Vimala, how did you, as woman, handle all the naughty boys?

Denes: Hahaha, I think it’s easier for a woman to handle all the boys!

Dr. Vimala: I think the challenge lies in the fact that this movie has a much bigger team compared to the previous two. I also have a vey good producer, who is my husband, so he has no choice but to listen to me. And he does a good job in rallying the team.

Varnam: Does it get easier now that it’s your third movie?

Dr. Vimala: Actually, no. It’s a learning experience, and there’s always something that pops up. The team keeps getting bigger. And now we’re dealing with a team from India, that posed a few challenges as well. For example, some of the words or terms we use in Malaysia means something else in India. When I said ‘over the shoulder shot’, they were confused, because they use a different term for that. So both of us had to adapt to our differences and find a way to make it work.

Varnam: What was the biggest challenge you guys faced?

Denes: Everything! Because with every new movie, we want to do something new, something bigger, and something better. We want to bring it to more countries. Even entering India is quite difficult. For a Tamil movie to enter India, you need to either work with their actors or crew, and that’s how we ended up working with the crew from India.

The post-production also happened in India, which means a lot of traveling to and fro. We thought we could do things online, but no, it wasn’t that simple. We actually had to be there to ensure things run smoothly. 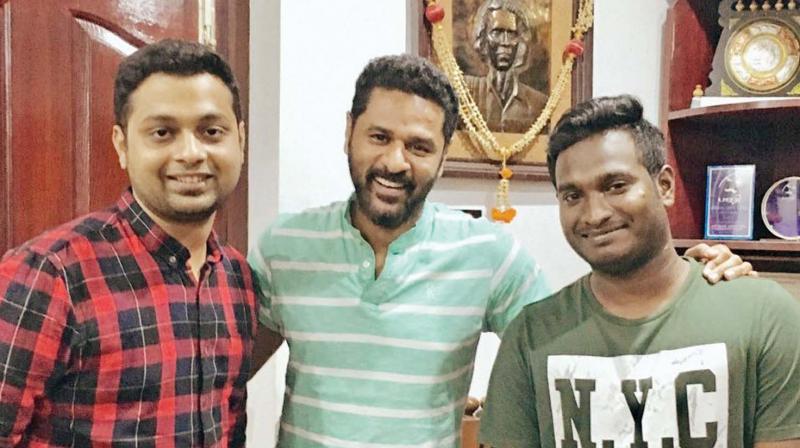 Varnam: Congratulations on roping in Vivek-Mervin for music! How did that happen?

Denes: We got to know Vivek-Mervin through a mutual friend. We were scouting for music directors and our friend put us in touch. They came over to Malaysia, we had meetings, met with the team, and it the deal was done. They’re also quite hot in the market now. We have a total of four songs in the movie – two is already out!

Varnam: So, a lot of people still have this mindset where local Tamil films are a waste of time and not worth watching. What do you have to say to these people?

I think the best way is to just go out watch the movie. Don’t judge it based on the trailer, don’t just listen to what people say, watch it for yourself and decide whether you like it or not. Don’t simply be like, “Ah, Malaysia padam ah”, and brush it off.

Dr. Vimala: I believe that audience have a right to be critical about the movie, but they have to watch the movie first. And it’s also our responsibilty to put out quality movies, create the interest and come up with a strategy to get more people to watch local Tamil movies.