Soorarai Pottru is a film full of power pack performances played by many impactful characters. The emotions in the film are extremely strong, and the minor details on the scene have also been beautifully expressed.

There wasn’t even one scene that we could get our eyes off from because the entire film was full of important moments. As we know, this is a biopic of Captain Gopinath‘s dream of launching a low-cost airline.

#SooraraiPottru is an absolute class. Just a brilliant piece of work by Sudha Kongora mam and the character MAARA is beyond words. The entire team had gone too well and Surya sir and Aparna mam ,just rocked their roles. ❤❤ @Suriya_offl @Aparnabala2
Loved the film❤

Apart from the brilliant writing, the ‘Irudhi Suttru‘ famous, Sudha Kongora, did an excellent job on the female characters in the film.

Lately, Indian Cinema has been portraying powerful female characters, as a source of Inspiration To All Empowering Women out There.

On that note, the female characters in the film were simply fantastic. If you watch the film closely, there are several subtle scenes and dialogues that demonstrate gender equality.

Let’s have a rundown of how the characters are shown very strongly in the movie; 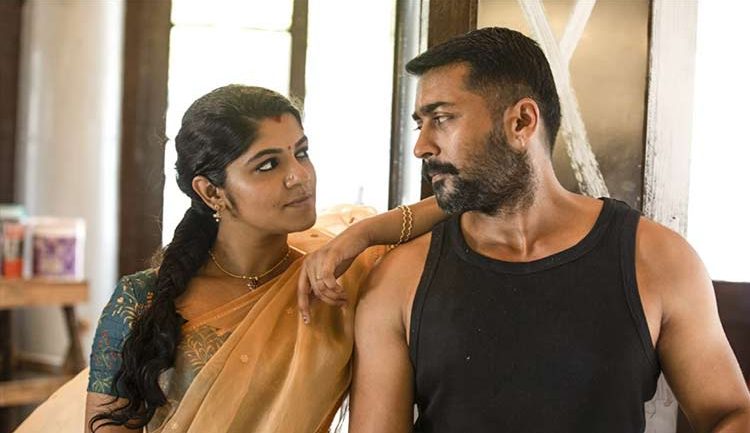 The first example is Bommi, who desires to open up her very own bakery. An independent strong woman who is not only ambitious about her passion, but has also been a major supporter of her husband’s vision. She’s also a woman who’s really clear concerning her takes. There are several scenes in the film that resemble her being very rigid about her rights and decisions. There is a scene in which both Maara and Bommi will have a conflict.

Typically, in a scene such as this, either the husband or the wife would give up or just leave, but Bommi would choose to calm down and be with him instead, despite her frustration, due to her deep belief on being together through tough times. 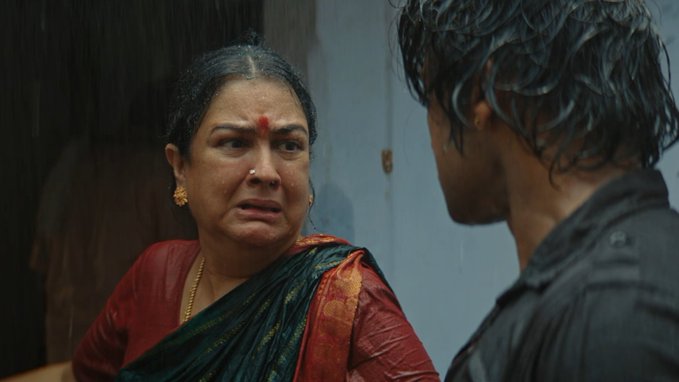 Maara‘s caring mother, and one who is very compassionate, too. However, she played a little passive role in the film to demonstrate the reality of the women in those days. She’s a mom who has full faith in her son, and she’s always been encouraging him even though she’s not physically around him.

We can see how loving she is, not only to her son, but also to his mates, when she packs snacks for them, when he was away for an air force training.

She was the bridge between Maara‘s father and Maara as she tried her best to get over their resentment and start talking again. She breaks down after reading the letter of her late husband to her son. 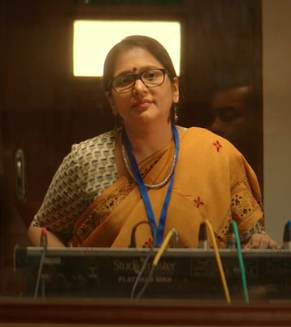 A woman whom Maara will meet at the airport before he meets his so-called ‘inspiration’ on the flight. The scene reflected how concerned she was about her pregnant sister, and the way she described her concern through the dialogue in the film was very noticeable.

Not only did her role end there, but she was also the reason behind Maara’s meeting with India’s President Dr. Abdul Kalam, where she risked her life and job to help Maara.

This scene reveals a self-sacrificing woman who went out of her way to help someone in desperate need. And the last scene is when she helps Maara broadcast matters concerning the safety protocol problem of his airline. 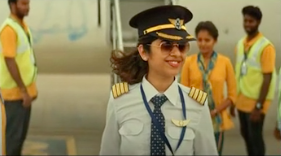 The director of Soorarai Pottru smartly inserted a female pilot, Varsha Nair (real pilot) into the film to prove that female pilots are no less than male pilots.

Well, the female characters were cleverly used and well synchronised with the scene without exaggerating too much.

Perhaps because the director herself IS a female. She Poignantly displayed The Female Characters in a lot of significant scenes throughout the movie.

Hats off to the powerful team, as the film not only has a good plot, but also fantastic characters who have done their job well. Suriya‘s and Aparna‘s acting in the movie was amazing, too.

To put it in a nutshell, the journey through the film was an amazing sight. Well, perhaps even the audience might not mind watching the movie again.