Director Gautham Menon Reveals Why Vijay Rejected One of His Movies 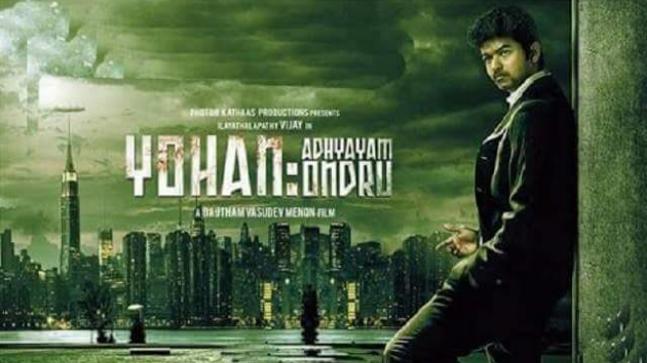 Several years ago, there were talks that Vijay would be collaborating for the very first time with acclaimed director Gautham Menon (Kaakha Kaakha, Vettaiyaadu Vilaiyaadu, Vinnaithaandi Varuvaayaa), on a crime-thriller titled Yohan Adhyayam Ondru. This was back in 2012.

However, for reasons unknown, the film never took off. After years of speculation — some even wondered if Vijay had a fallout with the director — Gautham Menon has finally revealed the reason why the film didn’t take off. Times of India reports that in a recent interview, Gautham Menon mentioned that he met Vijay and narrated merely 75% of the film’s script. However, the A-list actor wanted the complete script before deciding whether to sign on. So, he politely asked Gautham Menon to come back with the full script.

This news is interesting for a couple of reasons. On the one hand, it’s great that actors are picky about their scripts and is headstrong about reading the entirety of the screenplay before signing on to do the project. On the other hand, back in 2012, Vijay wasn’t completely back in form yet. Sure he starred in Thuppakki and the 3 Idiots remake Nanban. But from 2007 until 2011, Vijay starred in one unwatchable film after another — ATM, Kuruvi, Villu, Sura, Velayudham, etc.

And even after 2012, Vijay hasn’t been known to be terribly picky with his scripts, considering he chose to act in Thalaivaa and Jilla. It seems rather strange that Vijay would reject a Gautham Menon project, considering Gautham Menon has consistently given us a string of films that range from pretty good to bloody awesome. However, Gautham Menon is known to make films that end on a depressing note, so perhaps that’s the reason why Vijay wanted to read the complete script before agreeing to hop onboard. These are all just speculations, of course.