Thalapathy Vijay’s “Master” was set to make a release for Ponggal on 13th January 2021 worldwide. There have also been reports that the filmmakers have been looking at a festive date for the release of the movie adding an impact to it after the delayed release.

In Malaysia with the announcement of the MCO in the six states inclusive of Selangor and Wilayah Persekutuan (Kuala Lumpur) yesterday, Lotus Five Star released an official statement on their social media handles pertaining to the release of “Master” and “Easwaran”. 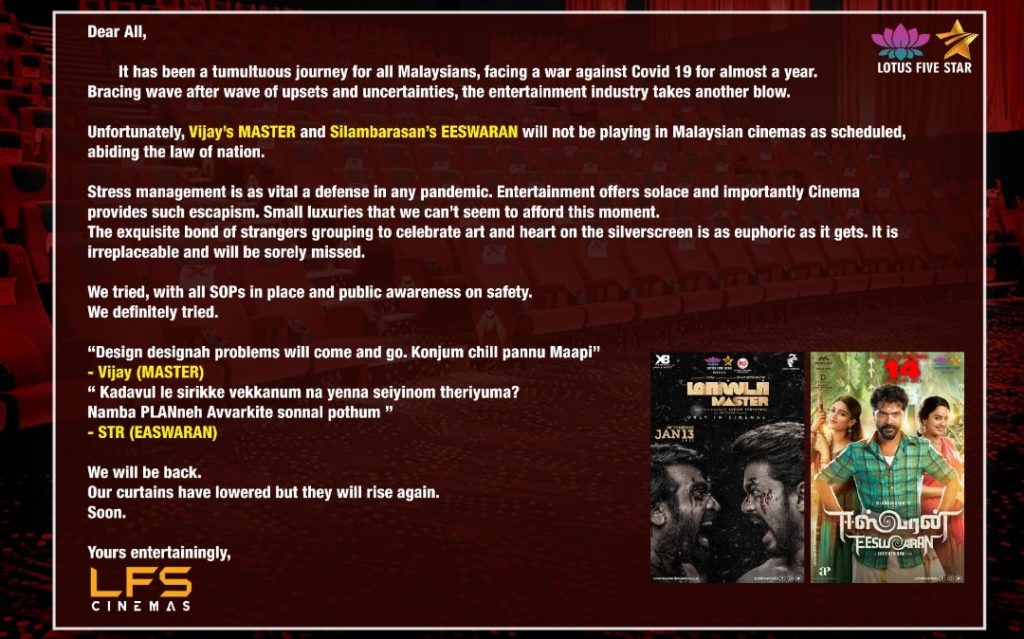 Over the last two years Superstar Rajinikanth’s “Petta” and  “Darbar” have been conquering the Ponggal release.  Directed by Logesh Kanagaraj, this movie also stars the ever talented Vijay Sethupathi.

Varnam Malaysia (V) reached out to Dato Malik (DM) from Malik Streams Corporation to get some insights in line with “master” release in Malaysia. 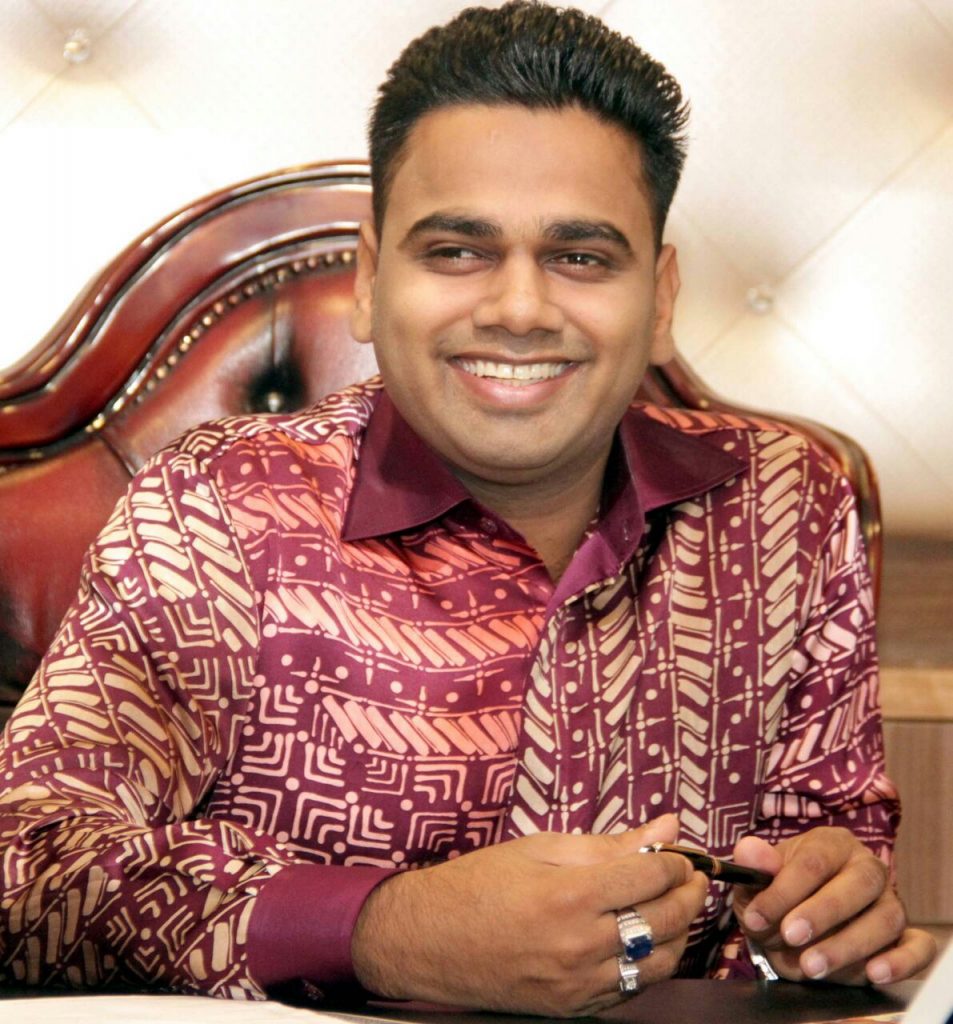 V: Is Malik Streams Production the main distributor of “Master” in Malaysia?

DM: In Malaysia, the distribution right is held by Lotus Five Star and they announced it officially on their Facebook page on 19th December 2020.

V: Has Malik Streams acquired the rights for worldwide distribution for the movie “Master”?

DM: Yes, Malik Streams is the worldwide distributor for “Master”.

V: Will there be a theatrical release for “Master” in Malaysia?

DM: Yes, there will be 400 screenings with a total of 50 theatres in Malaysia.

V: Will it be released in other languages as well like Telugu and Hindi in Malaysia?

DM: No, in Malaysia it will only be in Tamil.

V: If there is a “no go” for the theatrical release in Malaysia for Ponggal, is there a possibility for a digital release?

DM: There will be a digital release on Astro First after 30 days of the theatrical release.

V: Are we looking at any big-budget movies that Malik Streams has distribution rights in 2021?

Theatre owners have been hoping for “Master” to have a theatrical release to help them generate business, and the producers also announced that they would stand by theatres and release the film first only on the big screen. However, with the Movement Control Order imposed, the theatrical industry faces another massive blow forbidding any theatrical release in the theatres. 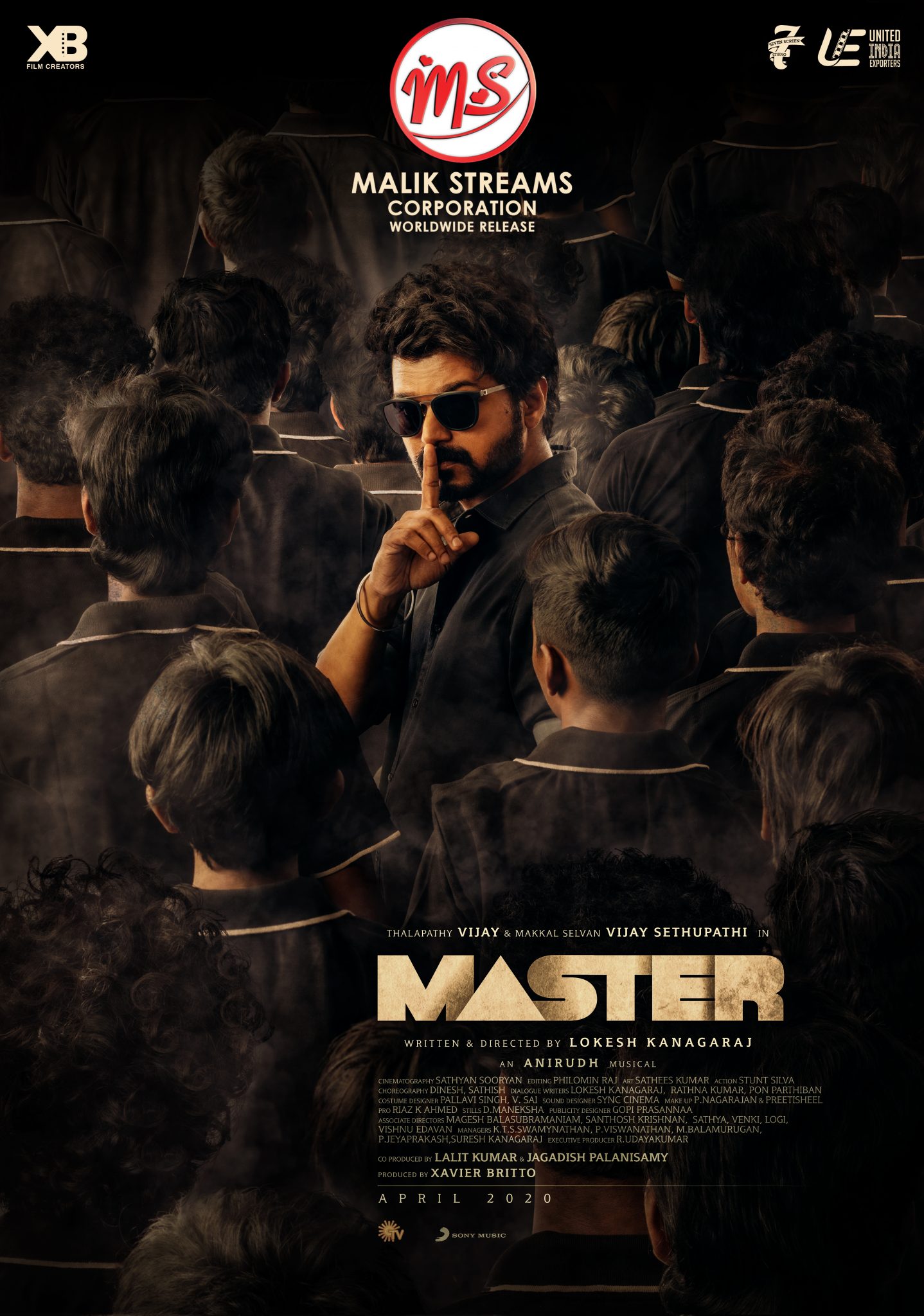 Nevertheless, we hope “MASTER” releases on a digital platform at least for us to usher in a Thalapathy Ponggal this year!

For now, we leave you with the trailer of “Master”.