Curating the perfect look of our admired artist on the canvas of another’s face has now become a sought after skill by many makeup artists.

Malaysia’s very own multi talented make up artist, Brriyan John spreading his wings high soaring through the makeup industry with his staggering make-up skills has created a perfect replica of Shruti Haasan and Trisha in excellence!

Speaking exclusively with the make up artist himself, he enlightened and shared how he  gained inspiration to execute this recreations.

The perplexing factor that drove him to attempt this was after gaining inspiration through the social media handle, TIKTOK upon watching it being very recurrently done in Hollywood, recreating looks of known Hollywood stars.

“The  models were selected by meticulously picking them from TIKTOK upon sharing similar features of the artists that I intended to make a creation of. I believe everyone has their own unique appearance and we should not change their distinctiveness through makeup.”

His make up is solely based on minimalism and has a very natural tone to their looks.

The recent release by him that rained with high expectations after his first release was Trisha adorned with her 90’s look inspired by the movie Lesa Lesa with a recent customaisation! The model that delivered this look was Jaanu Narayanan.

His first release was on Shruti Haasan that left the Indian film industry in awe of the perfect replication of the actress. Durgashini Rakunatan made perfect justice to this recreation!

The Shruti Haasan inspired look garnered unforeseen response from the actress herself sharing it on her social media handle! The fan moment for Brriyan John was when she reposted the remake on her IG Story. 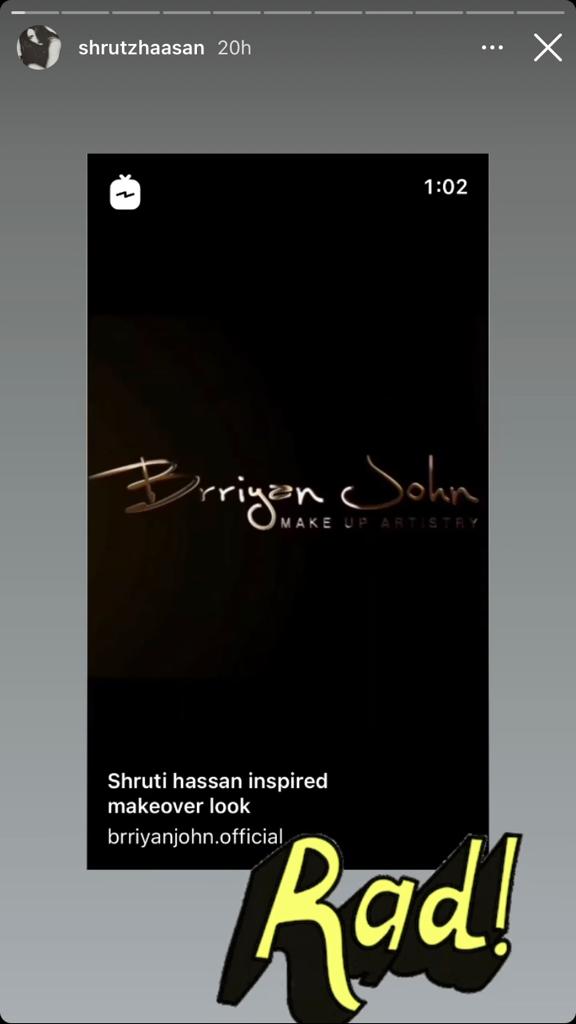 The brilliant team that made this into a successful accomplishment were Brriyan John himself, the creative photographer that captured the stunning clips of the models is Sanjay Naidu from Exposure Studios, accessories for the shoot were sponsored by Navira Collection & Tasha Prem Collections and the 6 yards of elegance were from Liv Sarees & Samyuktha.

The photos has been elavated with sheer excellency, entirely due to the skills of Sanjay Naidu, capturing them through his lenses with perfect lighting and angles to achieve this astonishing images!

Both the actresses have strived through the industry with their finest talent, as one of the most sought after actresses in the Indian film industry. Possessing perplexing features with luscious looks, enduring a poise of elegance, these actresses are always a killer!

Brriyan John has surely nailed the replication of both these actresses to utter perfection with blush and brush of his makeup skills!