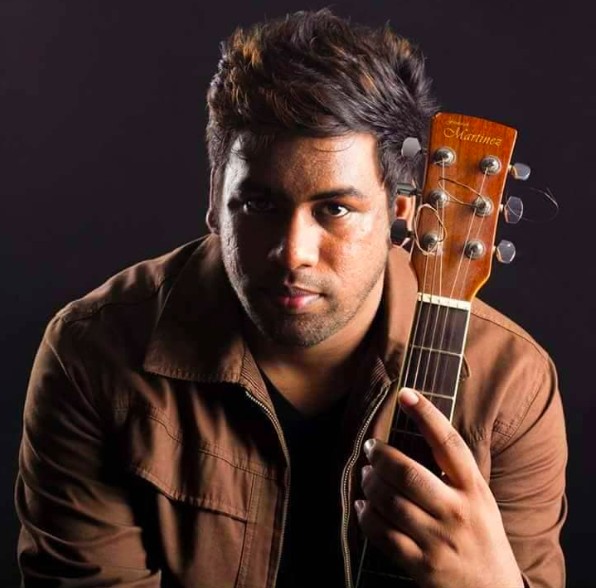 Ztish is probably one of the first few names that will come to your mind at the mention of local Tamil music directors. The humble, soft-spoken guy shot to fame after his first film, Geethaiyin Raadhai, under the direction of Shalini Balasundaram. All the songs from the movie turn out to be a hit, especially “Ennai Kollathey”, which is still engrained in our minds almost two years later.

Lucky for us, the Ztish-Shalini combo is happening again in August 2018 – with the release of Shalini’s brand new venture, Thirudathey Papa Thirudathey. The movie stars Shalini Balasundaram, Saresh D7, Yuvaraj Krishnansamy, Kabil Ganesan, and more. Ztish will be scoring the film, and we honestly can’t wait to hear the results!

We recently caught up with the music director to learn more about how he got into music, and to discuss about his upcoming movie and future plans.

Hi Ztish. Let’s start with your background. At what age did you get into music? What was the first instrument you picked up? 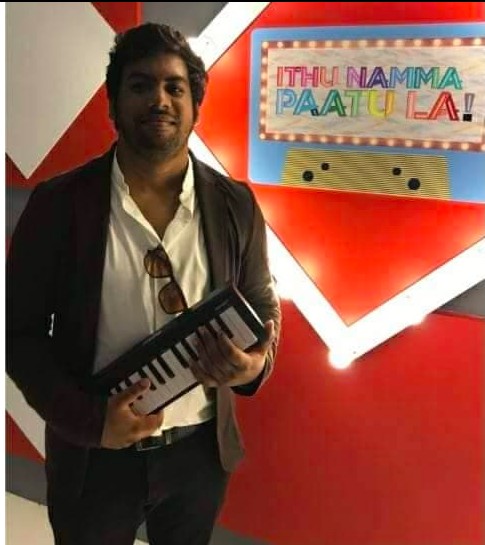 Who or what encouraged you to pursue music?

ZTish: Definitely AR Rahman sir. He’s my favourite and I like his compositions a lot. In Malaysia, it was Dhilip Varman and Jay sir. Their involvement in music encouraged me to pursue it as well. Also, Jey Raggaveindra sir is my current inspiration – I absolutely love what he did with Ghora.

I’ve always been musically inclined, I just didn’t realise it. For example, back when I was in school, I would always hum a tune while sitting in the school bus. Some new tune will just come to me, and I would just toy around with it. I didn’t know back then that when a new tune comes to you, it could be a composition. I figured it out much later.

Did you formally study music?

ZTish: I attended sangeetham and thevaram classes and that really got me interested in music. So I went to college to pursue music. I studied music in Lim Kok Wing university; I have a diploma in sound and music, and a degree in recording arts.

I also mastered music theory until grade 3, because I had to read music while learning how to play the guitar.

What was the first project you worked on as a music director?

ZTish: I can’t exactly remember my first project – but it was a short film which was about 2-3 minutes. I was about 19 back then. I’d say I officially became a music director in 2014 when I did a short film called Inai, directed by none other than Shalini Balasundaram. But I’ve done plenty of other short films before that too.

How often do you practice your craft? Every day?

ZTish: Yes of course. I never went for any keyboard classes, so I had to rely on YouTube lessons. I really wanted to master it, so I was very adamant about my daily practices and won’t miss them. I was a bit upset that I couldn’t play the guitar – because of my nerve problems – so I made sure to master the keyboard and I went all out.

Tell us about your experience working with Shalini Balasundaram on Geethaiyin Raadhai.

ZTish: It was a one year journey for Geethaiyin Raadhai. I was about 21 years old then. It was Shalini’s first big film after Inai. I was not too sure about it initially because I thought scoring an entire movie will be very difficult. But the entire team was very supportive – and I managed to pull it off. We had some really good songs for the movie, especially “Ennai Kollathey”.

When I send Shalini a tune, she will listen to it at least 20 to 30 times. She’ll listen to it for days and see if she gets tired of the tune. Then she’ll give me her feedback and I’ll proceed from there. Sometimes I’ll give her a draft and she’ll reject it, so I have to work on it again. But that’s a good thing, because it pushes me to give my best, and I appreciate her honest comments. If it’s good, she’ll tell me it’s good. If it’s not, she’ll tell me too, and I’ll give her something different.

You just seem to know how to make a hit song. Is it a gift, or do you have a recipe?

ZTish: (laughs) I don’t think so. Every time I compose a song, it goes through a lot of changes, draft after draft. Most music directors in Malaysia work alone, and that itself is a challenge, so it takes a lot of time and effort.

I don’t usually focus in making the song a hit, I just want to give a song that fits the movie and story well. I honestly don’t know if the song will turn out to be a hit or not. I didn’t know that “Ennai Kollathey” was going to be a hit. I put in a lot of effort, of course, and then it’s support from my team, blessings from God, prayers from my family, and could also be a bit of luck. Some tunes I like, some tunes are slow poison – it grows on you over time, so it’s hard to say. I just give my best and hope for the best.

Why do some Malaysians still subscribe to piracy? What’s your view on this?

ZTish: I don’t really know what to say, but I think there are two sides to this. People don’t realise the consequences of piracy. If people keep going for pirated music, at the end of they, musicians can’t make money and can’t survive.

But I think piracy can also be a compliment. People won’t pirate your product unless they think it can make them money. Most piracy happens with Hollywood and Kollywood films, so maybe it happens because people actually like our product. But that’s just a perspective, I definitely do not encourage or condone piracy, because I know how much effort goes into making a song or a movie.

Do you have any other hobbies besides music?

ZTish: I can’t run away from music, it’s always there. Aside from that, I love online games – I love playing counterstrike and FIFA online. I play at least 2-3 times a week. I love going out with my friends too, and spending time with my family. Occasionally, I play futsal. 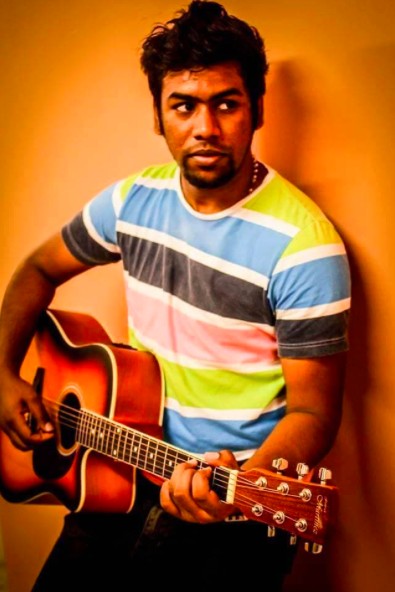 Any big plans for the future?

ZTish: Yes, I actually have a dream. I want to open an orchestra school in Malaysia. I don’t think there’s one that is catered to Indians to learn music. There’s one in Chennai, and it’s responsible for churning out quality musicians for the Indian film industry – so I think we could use one here. I’ve had this dream for five years, and I want to make it happen so more Indians can get into music.