LOL:Enge Siri Paappom was hosted by the late comedian alongside Shiva. 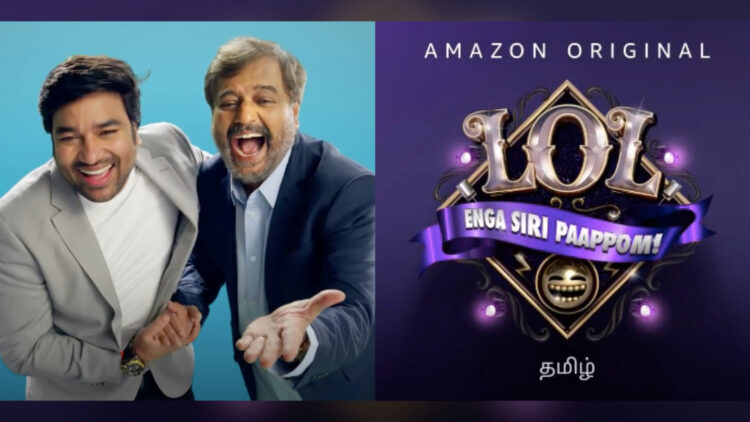 Despite the fact that Vivek sir is no longer with us, the legend has left us with a memorable comedy series that will make us laugh out loud. “LOL:Enge Siri Paappom” is now trending on all social media platforms, and it is hosted by Padma Shri Vivek, the late comedian and actor.

This comedy show, which he will co-host with actor-comedian Shiva, will premiere on Amazon Prime Video on August 27th.

LOL: Hasse toh Phasse, hosted by Boman Irani and Arshad Warsi, is also similar to this unscripted reality comedy series. The Hindi version premiered in April of this year, and it is now up to the Tamil version to capture the audience’s attention. The ten contestants will compete against each other for six hours with a goal in mind: to make others in the house laugh while not laughing themselves. The last person standing wins the title and a cash prize of Rs 25 lakh.

This show will be especially memorable for those who worked with the legend on the show as well as for the audience because it was the last show he hosted before his demise. Don’t miss out on the six-episode unscripted comedy series starring Vivek sir, which premieres in just ten days. Be ready to laugh out loud!