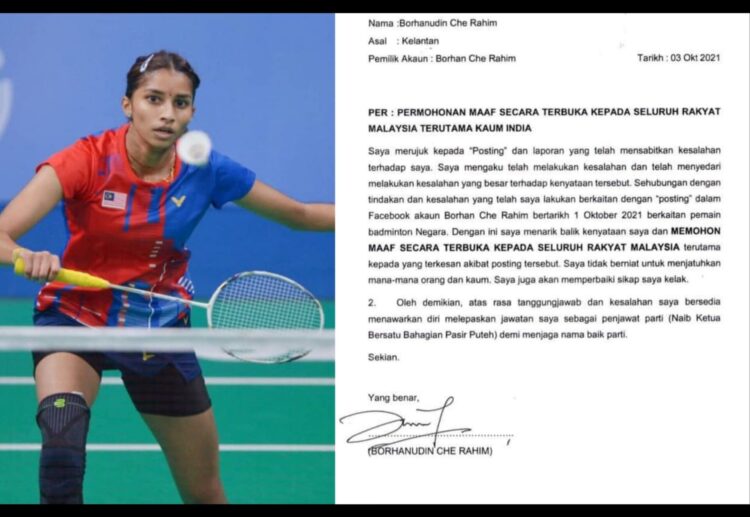 While we speak highly of the term KELUARGA MALAYSIA, advocated by our Prime Minister Datuk Seri Ismail Sabri Yaakob, racial slurs continue to ring in the country.

A Facebook user Borhan Che Rahim, who is also Bersatu’s Deputy Chief for its Pasir Puteh division in Kelantan has landed himself into hot water after his racially-charged remark toward our national women’s singles shuttler Kisona Selvadurey sparked anger amongst fellow Malaysians.

The user’s remarks on social media were followed with a photo of the national shuttler in action during the Sudirman Cup 2021 semi-final match in Finland, when Malaysia lost 1-3 to Japan and failed to qualify to the final. 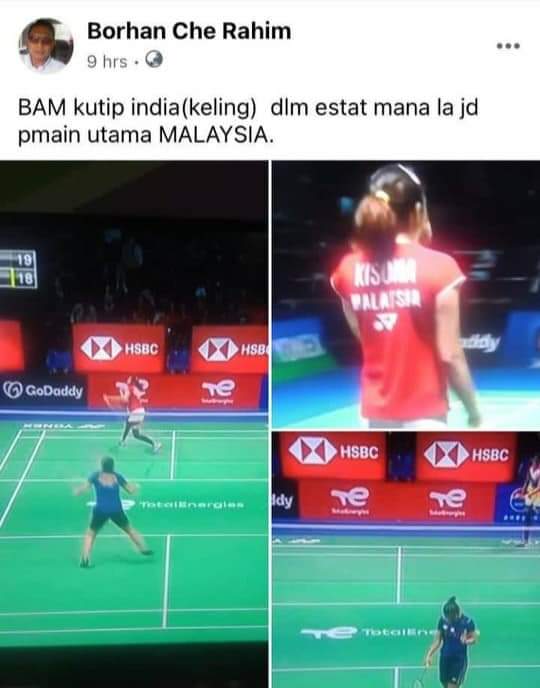 According to a Malay Mail news report, the Badminton Association of Malaysia (BAM) released a statement condemning the racist remark allegedly made on social media by the man, who had uttered racially disparaging phrases to Kisona.

“BAM is outraged by the racial insults hurled against S. Kisona, our national women’s singles player. As the country’s governing organisation, we have zero tolerance for any type of bigotry or prejudice, therefore we strongly condemn the statements and will always defend our athletes.”

“Aren’t we Malaysians?” Kisona was born and bred in Malaysia and has brought so much of honour to our homeland. Despite all her sacrifices, does she deserve this kind of humiliation?

Borhan has stepped up and apologised for the inflammatory remarks which were made towards Kisona yesterday (4th October 2021) via his social media platform. 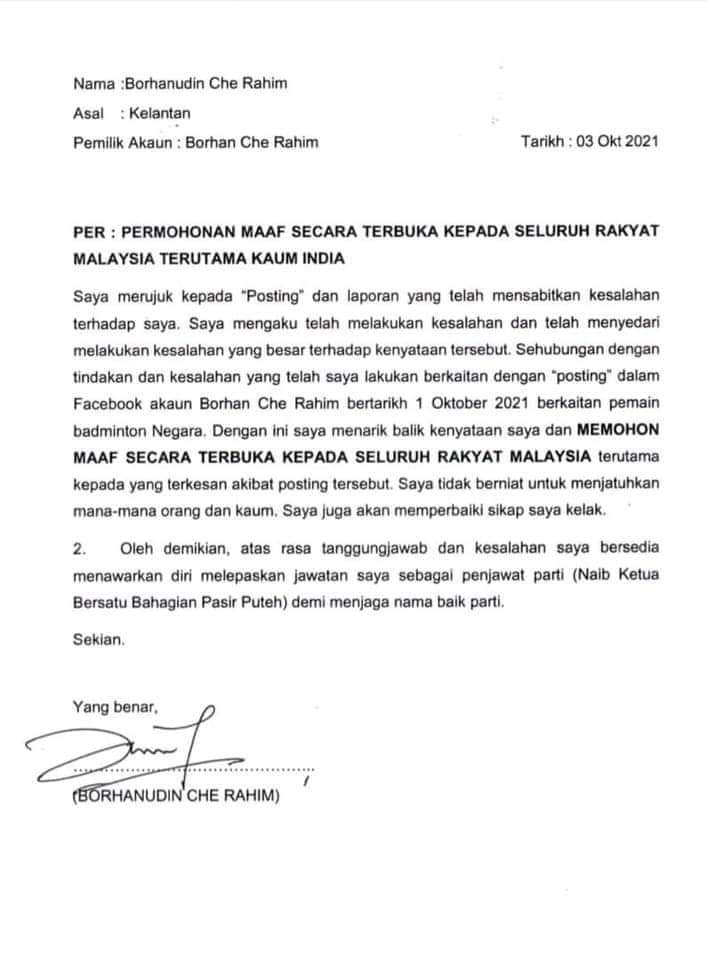 It’s a disgrace that we allow politicians to make disparaging statements and use race and religion for their own benefit. Such a heinous comment is uncalled for, and all Malaysians should denounce such a senseless act. Remember, the 21st century is the era to proclaim yourself an anti-racist. We must address race disparity rather than shoving it under the rug and denying its existence.