Suja Varunee Gets Married to Her ‘Athan’ 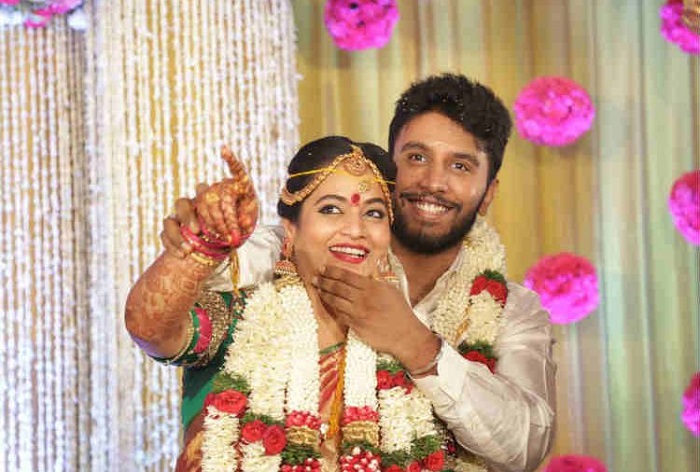 Bigg Boss Tamil contestant Suja Varunee tied the knot yesterday, to lesser known actor, Shivaji Dev. The groom is the grandson of the late Chevalier Sivaji Ganesan, his father being film procuder Ramkumar Ganesan. And you guessed it, this is the ‘Athan’ she kept referring to in the first season of Bigg Boss Tamil. The couple have been dating for 11 years. 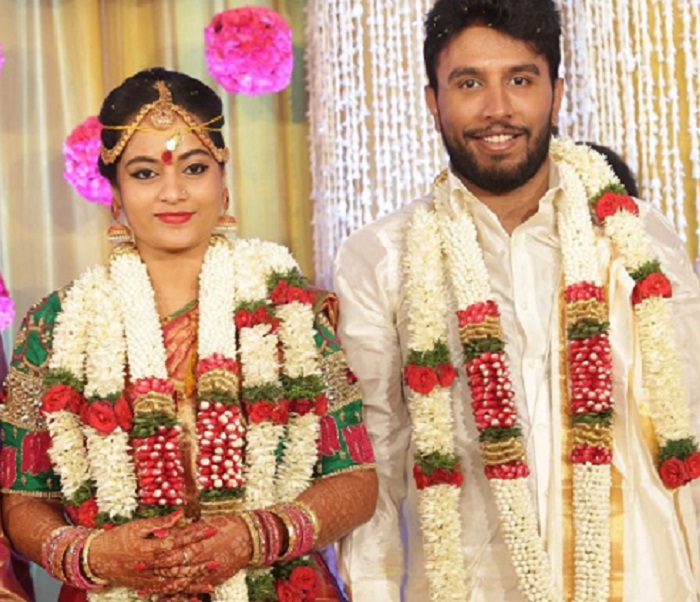 Shivaji Dev has acted in three Tamil movies throughout his career as ‘Junior Sivaji’. Idhuvum Kadanthu Pogum was his last release in 2014. While his acting career may not have taken off, his family owns a production house, Shivaji Productions. He has been reportedly busy with that. The groom seems to be surrounded by actors on both sides. Sripriya is his maternal aunt and needless to say, Prabu and son Vikram Prabu are related to him on his father’s side.

Suja Varunee was mostly known for making special appearances in songs. She then shifted her focus to movies and worked on many as a supporting actress. Notably, she appeared in Kuttram 23, Munnodi and Aan Devathai. The actress finally got her big break with Bigg Boss Tamil.

With her entry as a wildcard contestant on the Tamil reality show, Suja was constantly commended for being the bold female contestant who went all out with the tasks.

Suja made the news again earlier this year when she invited Bigg Boss Tamil host Kamal Hassan to attend her wedding, as her father. The actress has been estranged from her father for some time now, and has been the breadwinner of her family. The veteran actor was not seen at her wedding though.

Bigg Boss Tamil winner Arav was present at her wedding, along with fellow alumni Ganesh Venkatraman, Snehan as well as Janani Iyer and Daniel Annie Pope. Other notable celebrities who attended the event include Sivakumar and Radhika Sarathkumar The Varnam team wishes the couple lots of love on their new journey together!