What do you do when things aren’t going your way!

CW: This article is a reflection of the author’s personal thoughts. 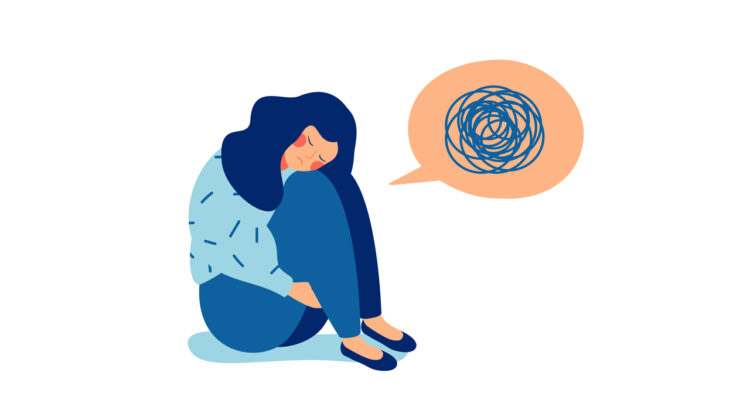 It was 4AM and the thought of sleeping had left the brain a long time ago. I could hear the frogs croaking outside as I pondered about this uncertainty that was bothering me. The biggest nightmare for an anxious person is ambiguity. Trust me, it just doesn’t fly with me. The ‘what if’ thoughts that constantly run in my mind are exhausting and NEVER ending.

Let me also tell you that I was anxious about something that was clearly not worth my time or energy but yet, the feeling brain does not appeal to logic. Hence why, emotional problems are often solved with emotional solutions.

So what really happens to a human when things don’t go their way? Some of us experience mood swings, temper tantrums, sudden quietness, lashing out and many other experiences. For me, I would activate the ‘flight’ mode response and zone out from my environment.

What is the fight/flight mode response you ask?

When we’re faced with a situation that causes extreme anxiety or fear, our bodies will respond with a sudden, involuntary display of symptoms like:

*There are other involuntary symptoms to look out for as well that are not listed above.

These physical reactions are the fight-or-flight response. Also known as hyperarousal or the acute stress response. This occurs when the perception of a threat triggers a cascade of physiological changes and the brain sets off an alarm throughout the central nervous system.

As a result, the adrenal glands will start pumping out hormones, called adrenaline and noradrenaline, which place the body on high alert to either confront the threat (“fight”) or leave as quickly as possible (“flight”).

Very often through my journey, I have felt things are not going my way. Before, I would be stuck in the loop of victimhood and blaming myself. But based on my life experiences I now know that this uncertainty is a redirection and there is a reason why things do not work out. Believe it or not, there is something bigger waiting for you on the flip side.

I go by these 3 GOLDEN MINDSET SHIFT facts

Before I delve deeper into these three healthy coping mechanisms, I want to put it here that EVERYONE you know in your life has or is going through something. We may not see it but it is there. Practising the above helps not only for yourself, but also for your loved ones. After all, what meaning does this life have if it isn’t for the significant relationships we have around us 💕

Give your best with all that you have

Although we say we wouldn’t compare ourselves to the people around us, we somehow end up doing it subconsciously. What we do not see is that everyone has their own journey and struggles that we do not see. All of us would have our own version of difficulty and comparing it does not help us one bit.

We can only do what we can based on our current skill set and awareness. That means, we can only start based on where we are currently at; not where we would “hope” to be.

When things don’t go our way, we often focus on the things we cannot control as opposed to what we can.

So when we do this, our focus is even more away from what we actually need to do for ourselves. The best thing you can do is to utilise the resources you have around you and TAKE ACTION! 1% progress has a better payout then no percent progress.

So many of us often dream of having someone else’s life because it appears great from the outside. But how often have you thought about the sacrifices that a person has to make?

If it’s what’s best for you, it’s not incorrect.

We often want things to happen the way we expect them to. We want things to work a specific way because we happen to “know” that it could be the best way for us. But we can only compare to circumstances that are known to us. So this then leads us to a holding pattern.

Anything new, especially involving change will almost always put us in unfamiliar ground, which we refer to as a difficulty. It doesn’t feel right because it is new.

But how do we know what is best for us when we haven’t yet got to the other side of the path that we are on. Maybe we’ll have an encounter that’s new and entirely refreshing — the result we really desire but keep avoiding.

Let’s say you want to get a gig. You work really hard, put in the hours, network with others often, and maintain a good rapport with industry contacts. That is really all you can do. Now if you do not get the gig, you take the rejection personally and may even start doubting yourself. But what if you were approached at the same moment for a greater opportunity and a chance to advance? Had you gotten that gig; you would have been reluctant to pursue something new. This is why you have to embrace each step as an opportunity, not a problem. The obstacle is the way forward.

The issue is not the issue itself, but how you view it.

The human mind works in so many mysterious ways. It sneaks up on us in places that we least expect for it to show. We have a tendency to see things that don’t go our way as a problem. However, most of the time, those issues aren’t actually issues. We think of them as issues because the outcome isn’t what we expected. It’s just a set of situations that frequently cause discomfort. But one can never grow from a place of comfort; we learn to find out the next step we need to take via the difficult times.

So maybe the problem is an opportunity after all.

I am sure you would have heard ‘the glass half-full rather than half-empty’ saying. Let me tell you that it is still relevant and valid. Similarly, we must change our perspective on the problem. If you’re having trouble getting the results you want, it’s possible that you’re going through a moment of self-transformation. The patience you develop, the perseverance you get, and the strength you gain will all help you achieve the even greater goals that life has in store for you.

The next time you’re in a pickle, consider these three ideas. I discovered them in the Stoic philosophy’s three pillars: perception, action, and volition. Remove emotion from the situation by perceiving things as they are. Act on what you can and what you have power over.

Finally, have faith in your journey and don’t get discouraged by minor setbacks. A strong will can help you get through situations you don’t have control over. These small mental shifts can have a big impact on how you live your life.

This famous Latin saying was my high school motto;

Which translates to, if there is a will, there is ALWAYS a way!

What do you do when things aren’t going your way!