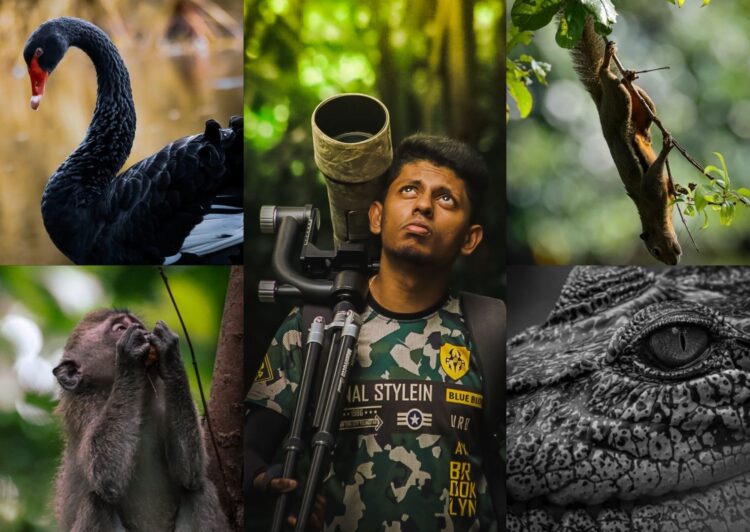 Wildlife photography? I’m pretty sure the first thought of yours will be Dhanush’s Mayakan Enna where it tells a story of Dhanush’s struggle to become a successful Wildlife Photographer.

That was reel, in real life meet Mohan Raj Nair who breaks stereotypes of being a school dropout to becoming the sole representative from Malaysia to an international exhibition. Upon seeing his pictures on Instagram, Canon Malaysia contacted him for his pictures. He has also worked with Sri Lankan rapper, ADK.

“By a twist of fate, Wildlife Photography has been my forte now.”-Mohan Raj Nair

Hailing from Taiping, he begins to develop an interest in the entertainment industry. Venpa film director, K. Kavi Nanthan is the one who has taught him screenwriting and how to produce short films. 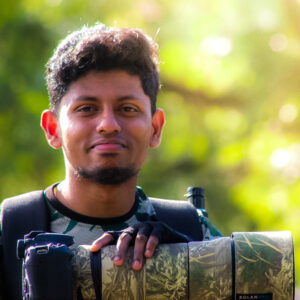 When Mohan first stepped into photography, he did not have a specific aim. Every attempt he took ended with disappointments. His bold venture in creating YouTube content and making short films eventually came to an end due to lack of knowledge in the field and support.

One day, he visited Singapore to take some footage for his short film. While resting with his friends, he saw a squirrel roaming nearby on a tree. 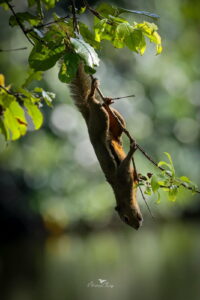 “The scenery with the squirrel was beautiful which made me capture the moment,” Mohan said that it was quite challenging as the squirrel was running here and there but it was well worth the effort because the photo turned out great.

His mates were impressed with his photography skills. The positive response motivated him to delve deeper into photography.

“This is what triggered my dying passion and made me who I am now,” Mohan said.

He started to learn more about the camera and lens from YouTube on the uses of each lens, setting angles, weather conditions mainly focusing on wildlife photography.

“My special thanks to my friends who helped me and thought me about camera knowledge. They were super supportive. My friends, Arun Kumar and Sasindren Nair started to show interest in wildlife photography after following me to shoot pictures.

“They will follow me to take pictures in the wild regardless of the weather, whether it is scorching hot or pouring rain,” he expressed.

“Not to mention my father, Sankaran Nair, who has always been there for me no matter what,” he said.

Initially the 27-year-old lad said he had zero experience when he first got hold of his camera. But soon started to get better at it.  He was also very passionate in art and had engaged in Kolam art, Mehendi, oil painting and pencil sketches.

Sadly, Kolam drawing these days have been made easier as Kolam stickers can be purchased in every Indian cash and carry store. This resulted in him losing touch in art which made him abandon his art interest.

After seeing Mohan’s talent in photography, one of his followers suggested him to tag his picture with the Tobuovimaan hashtag as they were selecting pictures for the exhibition.

After 129 days of the Tobuovimaan hashtag event, he was placed at the Top 7 spot with 31 points. He even spent his own money for the shipping fee from India for the award. One of his proud moment was when Canon Malaysia bought one of his pictures.

“He (ADK) contacted me saying that he will be releasing a song with a music video where he needs many wildlife pictures and footage. I’ve sent 67 videos where I took these in an unexpected situation within a year period,” he said.

Few of Mohan’s video have been chosen for the music video produced by ADK and his team. Apart from that, he was requested to take some specific videos.

His breakthrough in the media industry led him to many opportunities. He was contacted by people to work with for their upcoming projects and even got a call from a magazine to feature his picture on the cover page.

Mohan, who is now working as a Security Supervisor in Singapore, plans to return to his birthplace of Gerik, Perak, in the coming months to take pictures. He wants to photograph exotic animals such as elephants and snakes.

Finally, he said, “In this field, I’m not expecting much, but I’ll go with the flow wherever it leads. I’ll let it do its magic.”

Mohan’s official website has some incredible photos, which you can see by clicking HERE.

Keep up the good job, Mohan, and cheers to more success in the future!