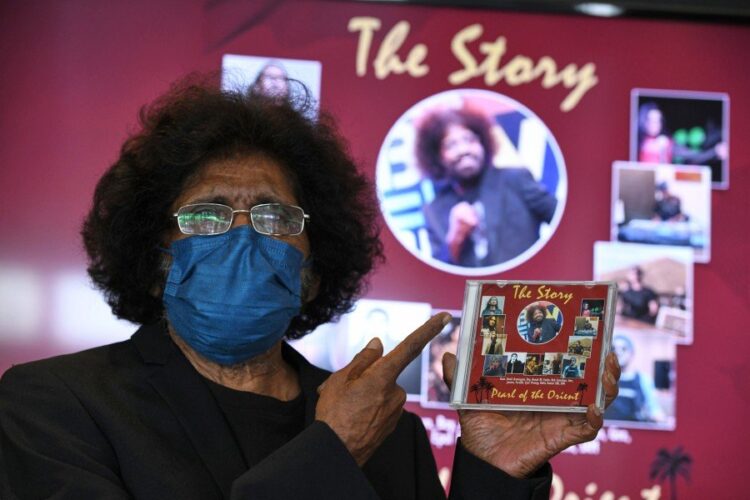 Down-to-earth and humble despite the fame, the renowned Dato David Arumugam of Alleycats has returned to amuse his fans and promote Penang tourism via a new compilation album aptly titled ‘The Story: Pearl of the Orient’ which was launched and produced by Persatuan Anak Seni Pulau Pinang (PASPP).

The 73-year-old stated that he took a short break from the industry for two years after the country was hit by the pandemic. In addition to that, the evergreen album features 12 new songs sung by David, Boy, Aswad AF, Fazlin, Bob Sentuhan, Gee, Jasmin, Faradik, Epol Penang, Kolin, Kamal CRK and SAM.

Formed in 1969, the Alleycats were already gaining popularity by the late ’70s and performing to sold-out crowds in Penang and around Malaysia before they produced an album. . The Alleycats were also very popular around the broader Southeast Asian region.

“We gathered Penang talents, including David, to cooperate on this project about two years ago when the Movement Control Order (MCO) was enforced (because of the COVID-19 outbreak),” he told Bernama following the album’s debut launch.

PASPP honorary chairman Mohd Mazlan Ayob said the album was the first to be produced by PASPP to promote Penang in the eyes of local and foreign tourists.

“Mazlan expressed his wish to work with other Penang artistes to produce this album and I agreed in the hope that the songs can promote the state to tourists and help artistes hit by the pandemic,“ he said.